CLIFTON - He’s as hip and hot as you could be for a country artist that has the deep, warm velvet voice of all the classic country singers like Randy Travis, George Strait and Daryle Singletary. His music built off bluegrass influences and his down to earth lyrics reflect his love for the traditional country style.

Hailing from Cherry Valley, Illinois and now a Nashville native, Curb Records artist Mo Pitney has been named to many “Artists To Watch” lists by the likes of Rolling Stone, Billboard, The Huffington Post and Spotify, among others. And he and his band will be coming to the Heart of Texas, performing at the Bosque Arts Center on Jan. 11, with the concert starting at 7 p.m.

The first single from the “Behind This Guitar” album project, "Country" got much praise and airplay.

“Appropriately titled, the song ‘Country’ is as much positioning statement as introduction,” according to Pitney’s website. “The vocal delivery, storytelling, musicianship and reflections of his outdoor lifestyle – as well as faith, family and patriotism – offer a spot-on portrayal. Joined by early fan favorites "Clean Up On Aisle Five" and "Come Do A Little Life," the song carves an unmistakably country yet completely fresh groove for the genre. In short, it sounds like nothing else, but absolutely belongs.”

Talking about the writing of "Country," Pitney told Electric Music Magazine, “I think God was in the room that day because we tried to create a strong lyric with the message that meant something. In many ways it shines a light into my beliefs and who I am as a person. As the song says, 'Country is not a place on the map, it's a place in your heart'.”

“I’m a God-fearing man,” Pitney said. “I love simple things. I love simplicity in songs because I love simplicity in life. But I’m also very deep, which is weird. I’m a thinker. And I go so deep, a lot of times I just confuse myself and get frustrated, but when I come home and my dog runs and jumps up on my lap, that does something to my spirit.

"I love to hunt and fish. I love the outdoors. I love my family. I try to live pretty morally square. Pretty clean guy. I’ve got my problems, but I try to stay pretty straight.”

Pitney grew up around music, as it was a family affair – his dad plays steel guitar. He picked up the drums at age six and guitar at twelve. “Johnny Cash At San Quentin” was his introduction to playing music. By the age of 15, Pitney started playing banjo and got hooked on bluegrass music and formed an acoustic band with his friends. Like many other country hopefuls, he moved to the country music Mecca Nashville to further his career.

“This young Nashville-based singer/songwriter, having landed the big record contract, did not weigh in with the sanitized album of radio friendly pop confections which dominate much of today's country music scene. Rather, this 24-year-old released an album with the raw, plaintive country sounds which many thought were disappearing from today's scene.”

Today, Pitney is again reminding a forgetful industry that country loses much of its appeal when embellished with too much smooth pop production.” For the fans of the Netflix show The Ranch, Pitney’s “Ain’t bad for a good ol’ Boy” is part of the show’s soundtrack along with songs by Lukas Nelson and Shooter Jennings.

It sure seems like Mo Pitney and his style of country music blend in perfectly in the Chisholm Country style of the Heart of Texas and is sure to warm the audience’s hearts and appeal to their own country style.

Secure your place for a special evening of music by contacting the Bosque Arts Center at 254-675-3724 or by ordering tickets online at bosqueartscenter.org. 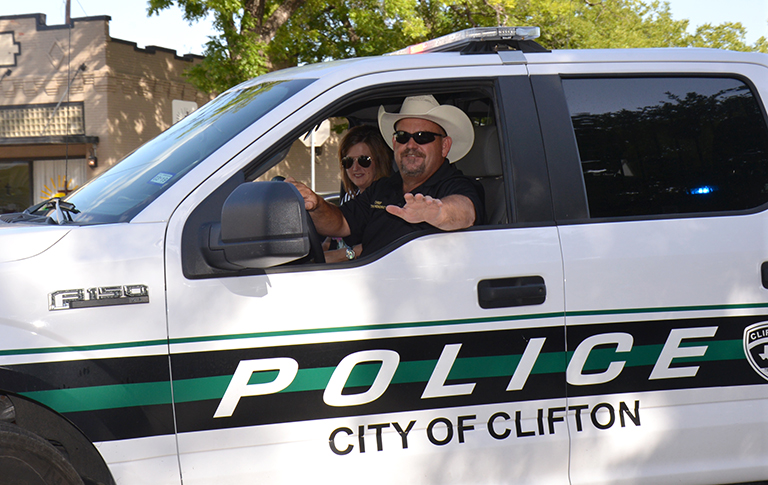 Uber with the boys in blue