Home›Lifestyles›Uber with the boys in blue

Uber with the boys in blue

CLIFTON - New Year’s Eve is a time for celebration. For some, that calls for some libation. And this New Year’s is extra special, since we will be hailing in a new decade too.

Without an Uber close at hand in the Bosque County, the Clifton Police Department will again provide Operation Blue Taxi as a positive and proactive approach to inevitable New Year’s partying. To prevent people from getting behind the wheel after partaking in adult beverages, the Clifton PD has committed to provide free rides within Clifton city limits for local party animals sensible enough to call a designated driver for the fourth year running.

If in need of a ride, be sure to contact the Clifton PD at 254-675-6620. Do not call 911 unless it is an emergency. The CPD designated driver will not accept cash or tips or donuts as payment, but Clifton Police Chief Trace Hendricks has some stipulations:

♦ The rides are one-way only – from the party to your home.

♦ You must behave. Disorderly conduct or misbehavior would result in rerouting the trip to the county jail.

♦ All rides will be video and audio recorded. Those who do choose to misbehave will be able to see said video in court.

“Other videos will only be used for our entertainment and comic relief during staff meetings and training,” Hendricks said jokingly.

♦ Passengers are not allowed to ride in the front seat or tamper with the police car gadgets.

“You can’t use the taser, you can’t tase your friends, and no, the officer won’t tase you just for kicks," Hendricks said. “If anyone gets to ‘ride the lightning’ it’ll be because they misbehaved, and the officer had to use force.”

This unique and excellent example of positive community policing ties in with the Texas Department of Transportation’s campaign over the holidays to curb drinking and driving. The Drink, Drive, Go to Jail and Soberride driving campaigns encourage drivers statewide to plan for a sober ride before enjoying festivities where drinking may occur.

The campaigns coincide with an enforcement period in which DWI patrols will be at increased capacity looking for drunk drivers on Texas roadways.

In addition, during the "12 Days of Safety"campaign by the Texas Alcoholic Beverage Commission which began Dec. 20 and wraps up today, tips and reminders were offered:

♦ A DWI conviction can cost up to $17k in fines and fees, not to mention the risks to life and limb. 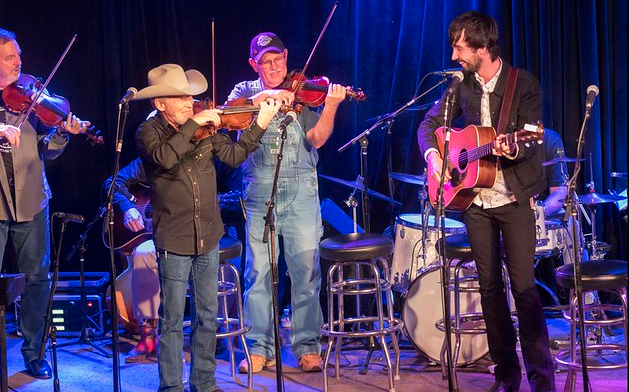