County Fair: In The Beginning

Before television, internet, video games or social media, what in the world did anyone do for entertainment and socializing? Back during the late 1800s in Bosque County, not a whole lot of people had time for entertainment – a concept GenXers or Millennials will find hard to grasp.

Ticket from The Bosque County Fair held in Meridian in 1913 (above); A youth shows off his prize heifer (top).

Life was hard, with the day starting before sun-up and ending at sun-down. Families literally rose and went to bed with the chickens. Mothers didn’t have energy to socialize; by the time they fed, clothed, nursed and trained children  an average eight to twelve kiddos per family – they didn’t have the strength to be pleasant company. The children had plenty of siblings and schoolmates to “facetime” with. But in those days, it was literally one-on-one, close contact communication.

Church and an occasional community or school function offered some relief from the everyday drudgery. Additionally once or twice a year, seasonal Trade Days were offered in the more urban areas, such as Clifton, Meridian or Walnut Springs. During those years, local merchants offered drawings for cash or merchandise, and tokens were given for discounts. Ma and the kiddos, wearing their Sunday best, helped Pa load up the wagon with wares or livestock to barter, and off they went, down the dusty county road.

Historic photo of a family hitching up their horses and heading out to the fair.

Farmers and ranchers during this time formed Granges, which allowed them to work together, and also find the best markets for their products. In the days before refrigeration, food preservation was essential, and local women formed Home Demonstration Clubs or Tomato Clubs for younger girls. They shared recipes, canning techniques and sewing and other handicraft examples.

Quilting Bees were common, with hooks hung in the ceiling in a rectangle so the quilt could be lowered and raised by cords as needed. These activities/hobbies can still be found in the Central Texas Youth Fair Home Economics contests that are open for all age groups.

Around 1883, a group of citizens from all walks of life formed a board with an idea to help all areas of Bosque County get together yearly for a fair. Fairs were an opportunity for all citizens, young and old, to participate in one huge social gathering. They were good for business and commerce, farming and ranching, homemakers and students. Folks had a way to show off skills, see entertaining side shows, and just get out and have a good time.

The first documented mention of a fair is from an article published in the June 1888 issue of the Bosque Citizen. The article references the success of the fourth annual county fair. Research shows that possibly the first fair was held at what is now called Bosque Bottoms in Meridian. No other mention is made until 1904 when the fair was held at J.W. Rudasill’s Fair Oaks Farm in East Meridian, across from the Meridian Railroad Depot. Mr. Rudasill had donated several acres to the Fair Association specifically for a racetrack and exhibit area.

The Bosque County Fair Association was formed and to raise funds, shares were sold to the public. If the fair was successful, debts were paid and dividends were good.

Historic photo of youth showing off their sheep, goat, dog and rabbit.

In 1908, the directors of the fair met and passed resolutions for the various departments. They were: registered and standard bred horses; grade horses; mules; horse-back riders; racing; beef cattle; Jersey cattle; sheep and goats; poultry; agricultural; miscellaneous; ladies handiwork; culinary; art; stalls and pens, and more. An article in the Meridian Tribune of the time states, “A nice line of prizes, premiums and purses will be provided in the several departments.”

The fact that only Jersey dairy cattle were included peaked my curiosity. After researching the topic, I discovered that the more common Holstein dairy breed was not introduced in America until 1850 and did not become prevalent until the 1900s.

The average premium for first place in a category was a whopping 50 cents – a lot of money in the time when a loaf of wheat bread cost five cents, butter cost around 25 cents per pound and cheese cost 20 cents per pound.

The favorite breeds of the 1908 fair seemed to be white leghorns and Wyandottes poultry; Poland China swine; shorthorn and Hereford-cattle. Horses, sheep and goats and other categories are not listed by breed.

The Culinary exhibits took up over 400 square feet. Culinary prizes in 1908 were awarded for biscuits and breads, cakes, pickles, chow-chow and relishes, jelly, fruit and preserves - Mrs. J.H. Alexander won first for her brandied peaches and Mrs. Herd won for her wine – butter and vegetables. Floy Frazier won first for biscuits baked by a child.

At the time the Clifton Public School won first for Best General Educational Exhibit. First Place winner of student essay, “Advantages of Bosque County Fair to Bosque County” was won by Jacksie Chiles. Wouldn’t you love to read that essay!

Many other exhibits and sideshows were presented, however, the racetrack was the most successful and best attended activity of the early county fair. The grandstands were filled every day, with folks being turned away at the gates for lack of space. In 1909, 10,000 people attended during the two-week running of the fair. Since the fairgrounds were so near the train depot, the Fair Expedition Specials offered by Santa Fe were a huge success, transporting fair visitors.

Sadly, the fair dwindled during the years leading up to World War I. The Fair Association was badly in debt. In May 1917, the fair was discontinued, and the fair property was sold. In July of that year, Governor James “Pa” Ferguson bought lands and improvements, which was enough to free the Association from all debt.

In the 1930’s a group from Clifton organized another fair, now known as the Central Texas Youth Fair, which has been a success ever since its inception and celebrates its 90th anniversary this year.

Photos by SIMONE WICHERS-VOSS and courtesy of BOSQUE COLLECTIONS 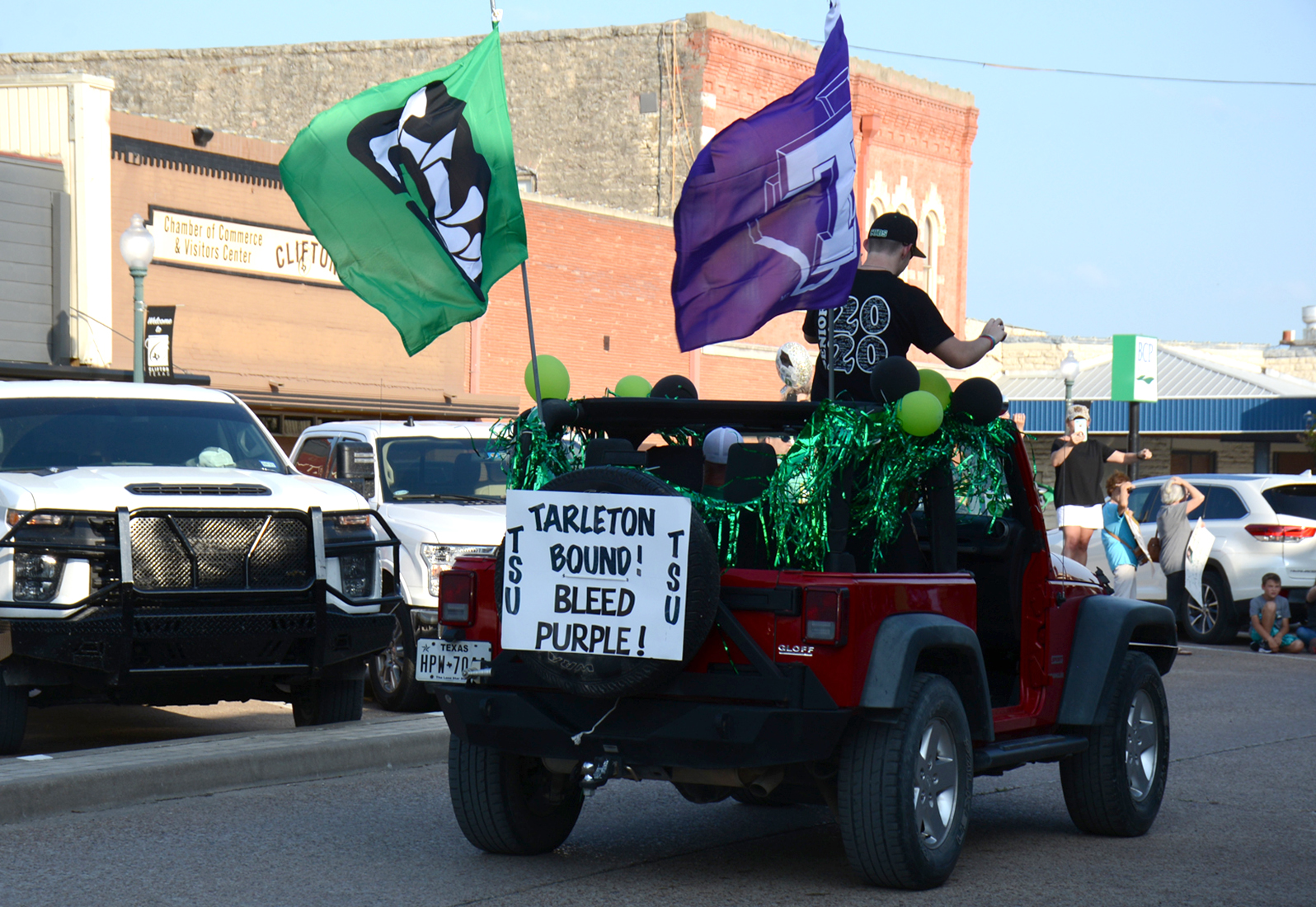 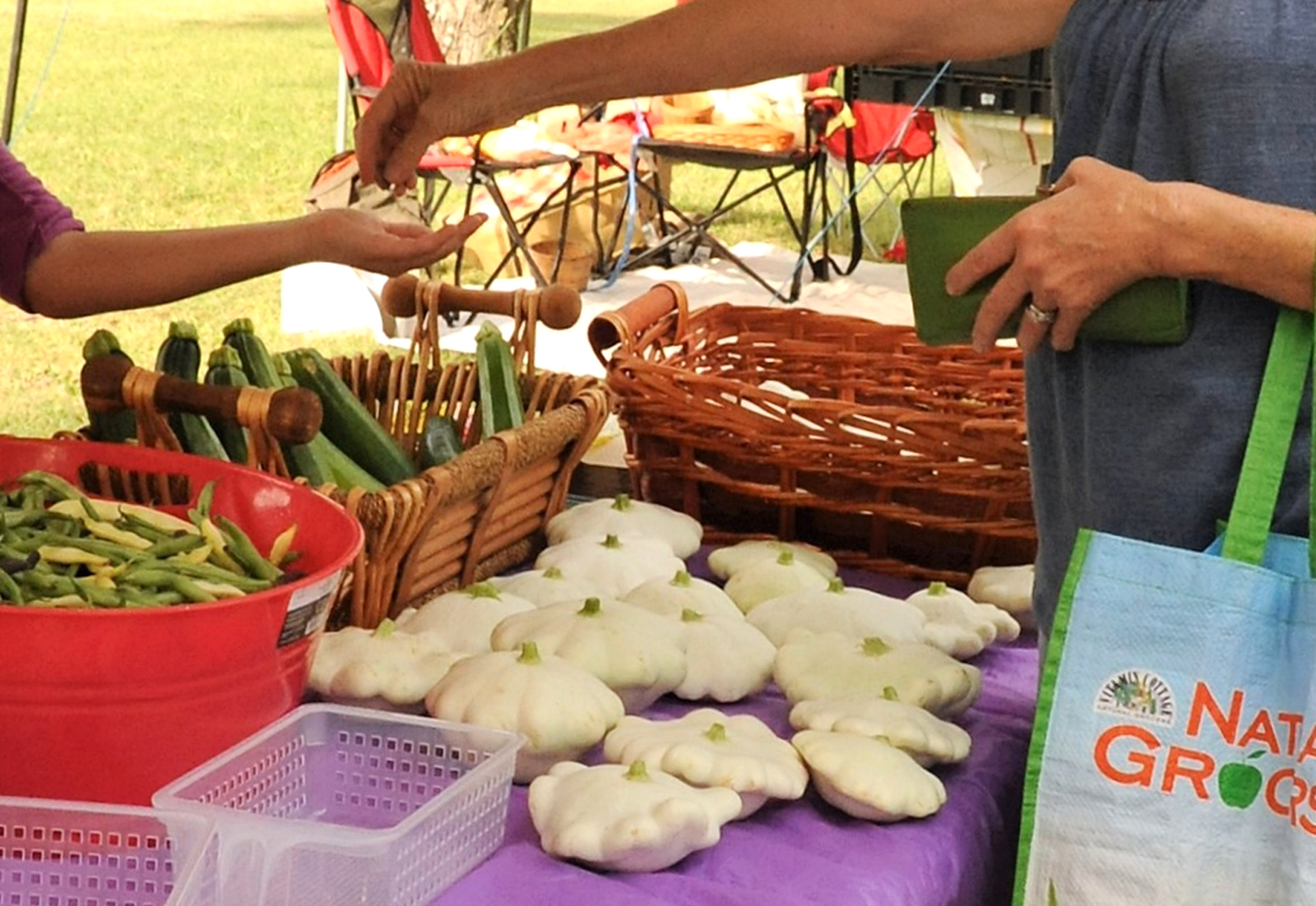 From Farm To Table