MERIDIAN – Although the evening focused on re-engaging the voting public after almost three months of sheltered isolation due to the novel coronavirus COVID-19 pandemic, the late Sherrod Fielden, Bosque County’s Poet Laureate, stole the show.

As a part of the evening’s program, the county GOP honored Fielden – the beloved U.S. Navy veteran who passed away Nov. 9, 2019 – by renaming its annual academic awards the Sherrod Fielden Patriot Scholarships.

“We do not grieve the loss of Sherrod Fielden but celebrate his life, as we know he dwells in the House of the Lord now,” Bosque County Republican Party chairman Janet Jackson said. “Our very special friend, patriot, Navy veteran and Poet Laureate will be greatly missed. Our love and support goes out to his loving wife of 57 years, Sue and their family.”

Texas Senator Brian Birdwell reads a commentary piece “I Am Your Fellow American” written by Sherrod Fielden at the Bosque County Republican Club Party in the Park event June 16.

“Sherrod was one of the finest men I've ever known...a true friend and patriot, and a blessing to all who knew him,” Bosque County Treasurer Carla Sigler said. “Among his many talents, Sherrod was Poet Laureate of Bosque County. It was a joy to see Sherrod honored in such a manner with Sue surrounded by so many friends who loved him.”

Following the tribute and scholarship presentations, the evening turned to local politics.

Along with more than 30 races across Texas, Bosque County will get an early start as Hendricks battles Pullin in the Republican Runoff Election for the open Bosque County Sheriff seat July 14. The winner will face Democrat candidate Danny Ragsdale in the 2020 General Election Nov. 3.

"This has been a difficult campaign season for all involved," Jackson said. "The COVID restrictions have not only delayed the Primary Runoff for our two sheriff candidates, but it also restricted them from the usual social interactions for campaigning.

"Early voting begins in Meridian and Clifton on June 29, so we wanted to provide an opportunity for the public at large to meet with Clint Pullin and Trace Hendricks before voting."

Gearing up for the 2020 Election at the Bosque County Republican Club Party in the Park event June 16.

Jan and Dan Ahart enjoy the hotdog dinner at the Bosque County Republican Club Party in the Park event June 16.

Volunteers John and Mary Susan Kennedy selling dinner and merchandise tickets – to Paul Hardcastle in this case – at the Bosque County Republican Club Party in the Park event June 16.

Filling the outdoor Bosque Bottoms Pavillion on the pleasant summer evening, voters were on hand to hear what the two Republican candidates had to say in seeking to become Bosque County Sheriff with incumbent Anthony Malott choosing to not seek re-election after holding office since Jan. 2009. And it's been awhile since this hotly-contested race has drawn public attention.

Initially a three-man race on the Republican Primary ballot, Hendricks and Pullin earned spots in a runoff election for the right to take on Ragsdale, who ran unopposed on the Democratic ballot.

Since none of the candidates for County Sheriff managed to draw more than 50 percent of the vote, Hendricks and Pullin move on to the Texas Primary Runoff Election. Originally scheduled to be held Tuesday, May 26 with early voting opening Monday, May 18, COVID-19 forced the postponement of the runoff.

"As a candidate, I am confident, competent, qualified and experienced for the position of Sheriff of Bosque County," said Hendricks, who has served as the Clifton Police Chief for the last seven years, worked in the CPD for nine years and brings 30 years of law enforcement experience to the table. "I feel that I have exhibited my leadership abilities not only in my current position, but throughout my career.

"I believe I have proven my effectiveness and adaptability, while maintaining the trust and confidence of those I serve. I have been successful in building and maintaining a positive working relationship with my community’s leadership while earning their confidence in my abilities, knowledge and leadership."

Serving as the Chief Deputy for the last seven years, Pullin has worked in Bosque County Sheriffs Office for over 11 years and holds 28 years of experience in law enforcement.

"I believe I am the right choice for Bosque County Sheriff because I am a Bosque County native," Pullin said. "Born and raised in Bosque County, I went to school here, my children go to school here. As second in command, I am currently running the Sheriffs Office with all its departments for Sheriff Malott.

"I am also conservative with the taxpayers' money at budget time. I prepared budgets totaling roughly $4,000,000. I have saved Bosque County thousands of dollars by obtaining new equipment through grant money at no cost to citizens. And I will continue to have an open door policy with any and all citizens. I will be a full-time Sheriff."

Following the campaign speeches, Hendricks answered questions regarding why he would be willing to take a pay cut to take on considerable more responsibilities as the county sheriff and how he would increase manpower productivity with the present budget. On the other hand, Pullin explained why he has not already implemented his campaign ideas as Chief Deputy and the practicality of developing a reserve program with the current climate surrounding law enforcement.

To wrap things up, Voss asked both candidates if they could work together in the future regardless of the outcome of the race. To listen to what both candidates had to say, watch the video presented by Southern Cross Creative on Vimeo: https://vimeo.com/429852710

The Bosque Gents – Brian and Bryce Barrett – perform at the Bosque County Republican Club Party in the Park event June 16.

Miriam Wallace performs with The Bosque Gents at the Bosque County Republican Club Party in the Park event June 16.

Gearing up for the 2020 Presidential election at the Bosque County Republican Club Party in the Park event June 16. 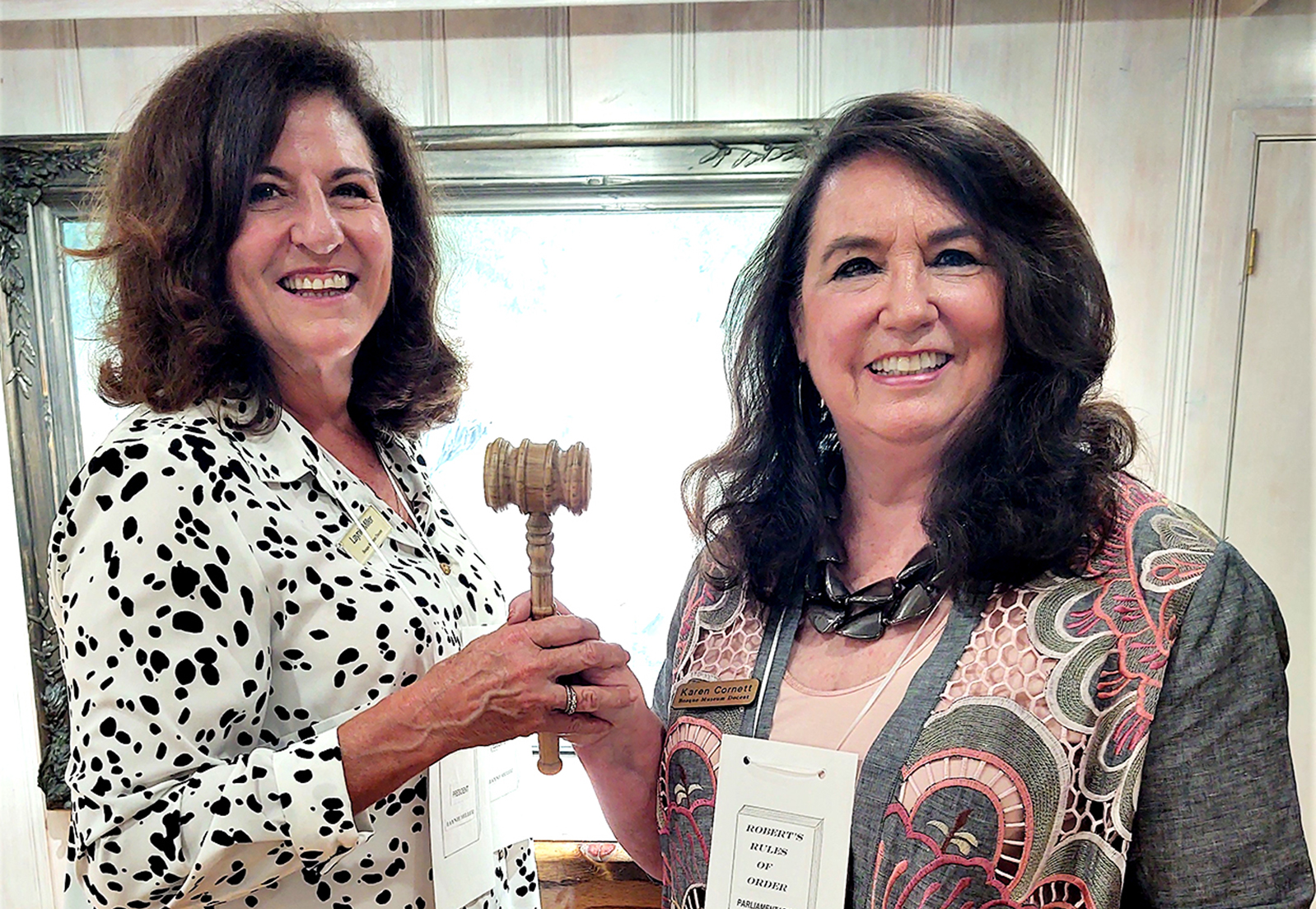 Passing of the Gavel 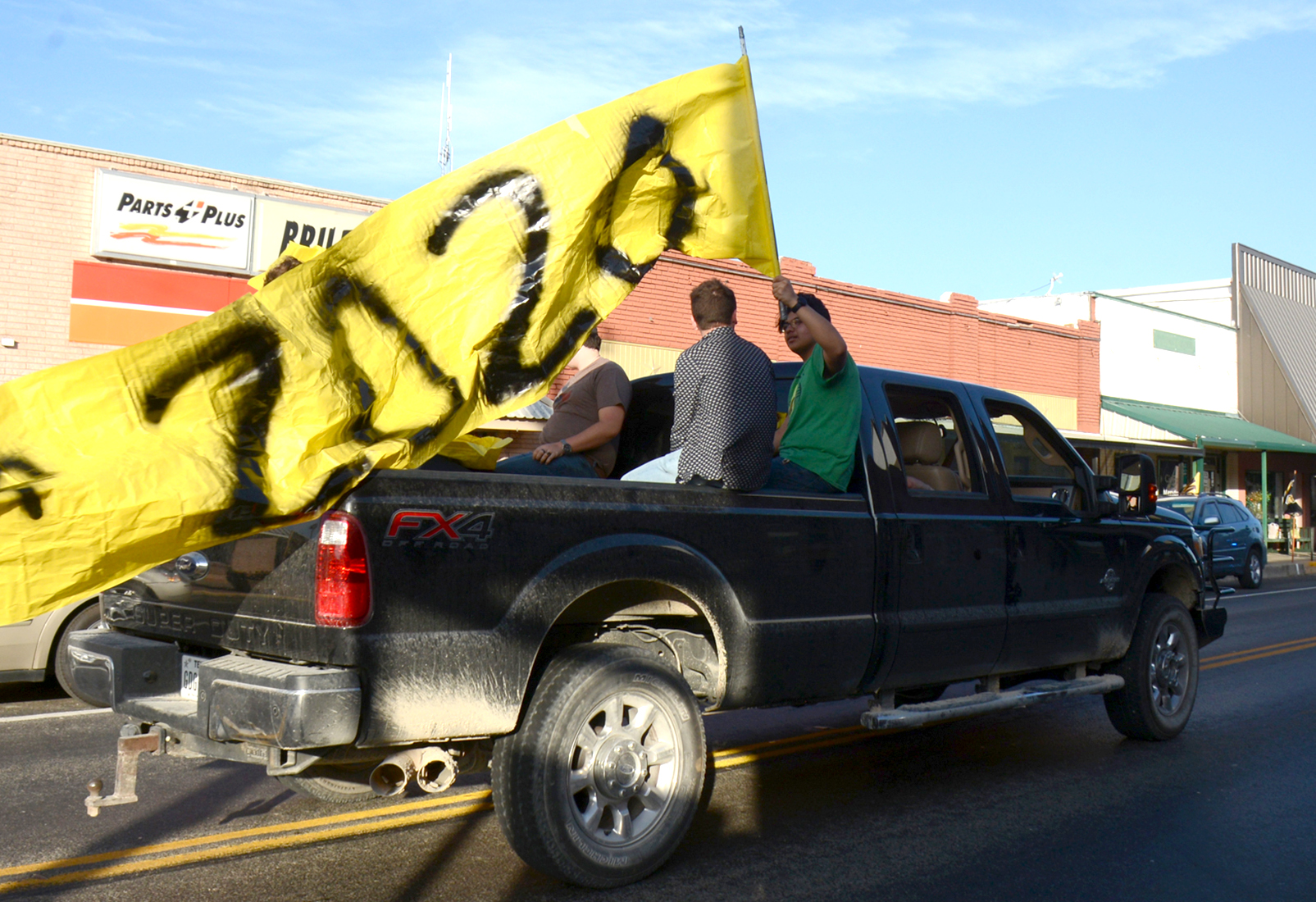