'Cause I'm a cowboy, on a steel horse I ride...hugging the rolling curve of the open road with warm wind in my hair, the smell of mesquite and road kill rising up in the air.

To experience the natural beauty in the Heart of Texas, it's hard to argue against getting as close to the scenery as possible on a trusty steed – or in today's world, straddling a steel horse.

Whether touring in a group or solo, motorcycle rides provide a relaxing way to escape (above); Walnut Springs has experienced a revival, thanks in part to motorcycle stops like Blackie’s Bait Shop, the Rattle Snake Ballroom and the Yellow Dog Saloon (top).

Riding a motorcycle along country roads and highways allows one to cover more miles and chew up a lot more scenery. And during these times of the novel coronavirus COVID-19 pandemic, a motorcycle ride can provide the perfect way to take a deep breath and relieve some stress, easily adhering to social distancing while discovering a hidden gem – the back roads of Bosque County and beyond.

Being farming and ranching county, there are no big towns, no congested highways, only pastures, rolling hills and beautiful vistas. Additionally, the roads have enough twists and turns for even for the more seasoned motorcycle rider to enjoy. But with that said, the bends and turns will not prove to be more than a novice rider can handle.

There are many, many excursions worth taking, in a pack or as a lone wolf -- this Tour de Bosque sort of covers it all. Without stops, it would take about five hours to cover.

Start on Highway 6 in Valley Mills, going northwest, take FM 217 on the left – just north of town. A winding road past white picket fences, ranchitos and pastures filled with livestock to the near-ghost town Mosheim.

After Bosque County was established, Mosheim had an estimated population of 50 by 1896, along with a Methodist church and several businesses. The number of residents reached a peak of 200, before it began to dwindle back in the late 1960s and settling into to the original number of 50 inhabitants today.

For Phil and Steve Macasil, it is the perfect meeting place midway between both their residences for a Thursday afternoon ride. The brothers moved to Central Texas from Los Angeles where they were born and raised, and they are loving the open, empty roads and the natural beauty.

They turned east on CR2602 towards Clifton, past the lime gravel pit, hitting Highway 6 again just south of Clifton. On the left lies the one of the best barbecue joints around – Bunkhouse BBQ. Just up the road,  riders will find the Red Caboose Winery selling locally-grown and bottled full-bodied temperanillos, syrah-cabernet blends and lenoirs, as well as the fun-n-sweet rose Hobo Hooch.

At the light in the center of town, they took FM 219 towards Cranfills Gap. On the left stands the former Clifton College building, now transformed into the Bosque Arts Center, home to an impressive collection of western art and host to a variety of entertaining events -- well worth the visit.

The road took them through the historic Norse district. Bosque County was largely settled by Norwegian and German immigrants during the 1850s, encouraged by the state of Texas offering 320 acres to each family.

Corona the mule wonders when all the fuss will end.

We, on the other hand, took the long way around, veering onto FM 217 West towards Jonesboro, taking in a bit of Coryell County on our way to the junction with FM 182 North. Twelve miles down the road – past the historic homestead Norway Mills while waving to a yak and a mule along the way – we ended up deep in the heart of Texas Norway, a little town called Norse.

The next important junction lies where FM 182 intersects with FM 219. Beginners might want to go left on FM 219 to Cranfills Gap. The more adventurous rider will continue on FM 182, navigating to where it merges into back roads CR 4150 and CR 4145. These roads pass two iconic churches in the county, the Our Savior’s Lutheran, where the Father of Norwegian Immigration to Texas Cleng Peerson lies buried, and the St. Olaf’s Kirke, a legacy from the Norwegian settlers. The roads are paved, but bumpy and avoiding a pothole here and there can become tricky.

The Greenwood Saloon in Bluff Dale.

CR 4145 intersects with Highway 22, just east of Cranfills Gap, where you will want to turn left towards town. Stop at the convenience store or Gap Ranch Supply – the trendiest of feed stores – for a snack. Take FM 219 West to Fairy, traveling past the town’s ever-growing murals and “The Toad” to take in pastoral scenes of sheep and other livestock standing in the shade by a stock pond.

Then at the junction with FM 1238, go north towards Iredell. Or for a longer loop, turn left on Highway 6 towards Hico. Hico has a quaint Main Street and proudly proclaims to be the home to a Billy the Kid museum and the Popcorn Works while also being renowned for the Koffee Kup Family Restaurant's pie and home cookin’ as well as Wiseman Chocolates.

You can call it a day after 80 miles and head south on Highway 6 – which never sees excessive traffic and qualifies as scenic enough – back to Clifton for the evening.

But if you’re not too saddle-worn, take FM 927 towards Walnut Springs, and then detour north on Highway 144 towards Glen Rose to the Texas Parks and Wildlife Department’s Dinosaur Valley Park for the million-year-old dinosaur footprints by the Paluxy River. Glen Rose proudly serves as home to the Fossil Rim Wildlife Park as well.

The park’s goal is promoting the preservation and procreation of threatened/endangered species, environmental awareness, and a recreational and educational experience for people of all ages.

The first facility of its kind to have been accredited by the Association of Zoos and Aquariums, Fossil Rim Wildlife Center participates in a worldwide network of wildlife conservation organizations working to restore the delicate balance between people, animals and the environment.

The Loco Coyote south of Glen Rose represents a popular stop for motorcyclists.

The Loco Coyote south of Glen Rose represents a popular stop for motorcyclists.

Just west of Glen Rose rests the well-known biker stop, Loco Coyote Grill – with saw dust on the floor and serving massive portions. But don’t stop there for a quick break and don’t expect to be served quickly. Plan to chill, be laid back and relax. After all, the sign at the front door as you enter into the establishment warns, "if you are in a hurry or have an attitude, you are in the wrong place."

When back in Walnut Springs, it’s hard to imagine that in its heyday when the railroad came through town, Walnut Springs and Morgan were the largest towns in Bosque County – boasting race tracks, opera houses, a league baseball field and general stores.

But downtown Walnut Springs has experiencing a bit of a biker-friendly revival, earning the name “Saloon City” with Blackie’s Bait Shop, the Rattle Snake Ballroom and the Yellow Dog Saloon, each regularly offering live music entertainment on the weekends.

As you leave Walnut Springs, continue on FM 927 to Morgan and Lakeside Village. Bosque County’s eastern border consists for the most part by Lake Whitney and the Brazos River. Part of the Texas Lakes Trail, take FM56 south and follow it all the way back to Valley Mills, passing the Whitney Dam at Laguna Park on the way.

Laguna Park on Lake Whitney offers some unique retail and chances for a snack.

Detouring to one of the parks along Lake Whitney offers motorcyclists some pretty vistas.

While Bosque County has plenty to offer, the surrounding counties are worth visiting as well.

Take one of the roads to Lake Whitney and enjoy a stop along the waterside, like at the U.S. Army Corps of Engineers Steele Creek Park south of Lakeside Village, Walling Bend Park just north of Laguna Park or Soldiers Bluff Park with a view of the Whitney Dam.

There’s no better way to experience the rural countryside across the Heart of Texas than along the open road on a motorcyle, taking in the scenery, stopping for a snack or just to stretch the legs. Along the way, don’t expect any fancy schmancy eateries or coffee shops. But some good-old fashioned convenience stores that offer a range of snacks, cold drinks and even bait remain plentiful along the way.

A stately home in Meridian.

Spring offers wildflowers along the way.

Homesteads, farms and ranches litter the road side landscape.

Homesteads, farms and ranches litter the road side landscape.

Do the tour in a day or take a bit longer, breaking the loops in smaller parts or maybe even finding a bed-n-breakfast for spending the night. The Screen Door Inn or the Cell Block – a one-room refurbished city jail – in Clifton represent unique and quaint stop overs before trying more back roads the next day. Take FM 2136 out of Clifton and venture to Zur Autobahn restaurant on HWY 22 for German delights and visit the historic hidden gem, Meridian State Park.

Taking Highway 22 toward Hamilton offers a beautiful and interesting ride as well. And stopping in at Storm’s Hamburgers for lunch and visiting the Red Wing Dove Winery makes the trip worthwhile. Or you can take the winding FM 1991 from Clifton to Meridian to step back in time at the Bosque County Courthouse Square and shop for some antiques.

The Texas Department of Transportation’s “Share the Road: Look Twice for Motorcycles” campaign urges drivers to watch for motorcycles as crashes claimed 501 lives and seriously injured another 2,101 motorcyclists in Texas last year.

“Nobody wants to take a life in a crash or lose a loved one,” said TxDOT Executive Director James Bass. “Motorcycles are small, they’re hard to see, and it can be difficult to judge their speed and distance. That’s why it’s critical that drivers take extra precautions to look twice for motorcycles, especially at intersections.”

But despite the potential dangers, riding provides an escape from the daily grind for many motorcycle enthusiasts.

“Taking a ride on a motorcycle helps eliminate the stress and provides an open feeling of comfort and enjoyment.”

And for others, it goes beyond that, transcending the ride itself, being in harmony with your bike, getting body posture, muscle tension and weight distribution right and then just looking where you want to go.

“For me, motorcycle riding is a matter of passion. It implies a sense of adventure, taking risks, exploring and discovering the new.  In that context, my personality is all of that…risk-taking, discovering the possibilities and exploring.”

Live to Ride…Ride to Live.

BRETT VOSS, Southern Cross Creative Managing Director & Owner, who has been a lifelong motorcycle enthusiast since getting his first Honda CT-70 Trail bike in 1972, contributed to this article. 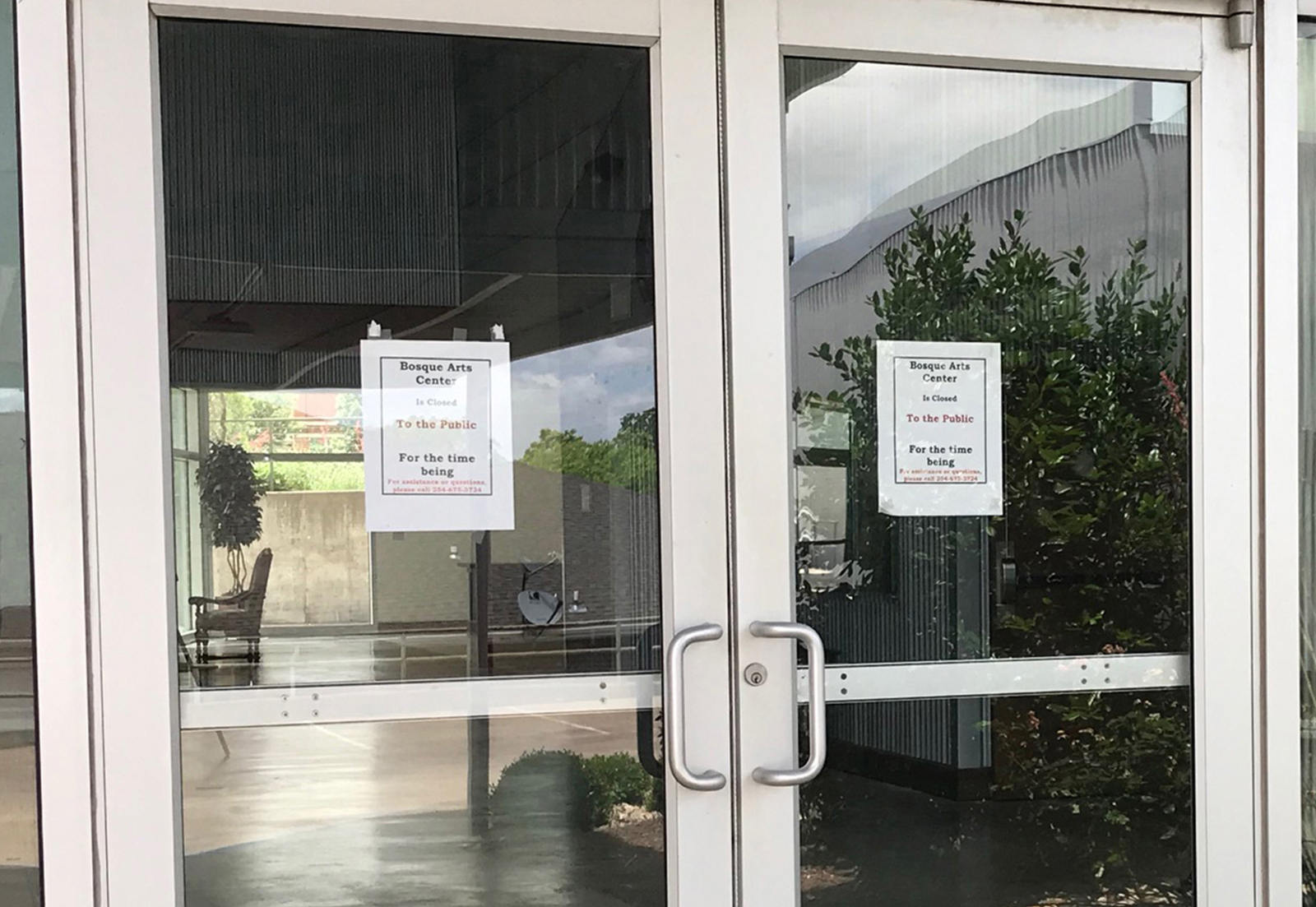 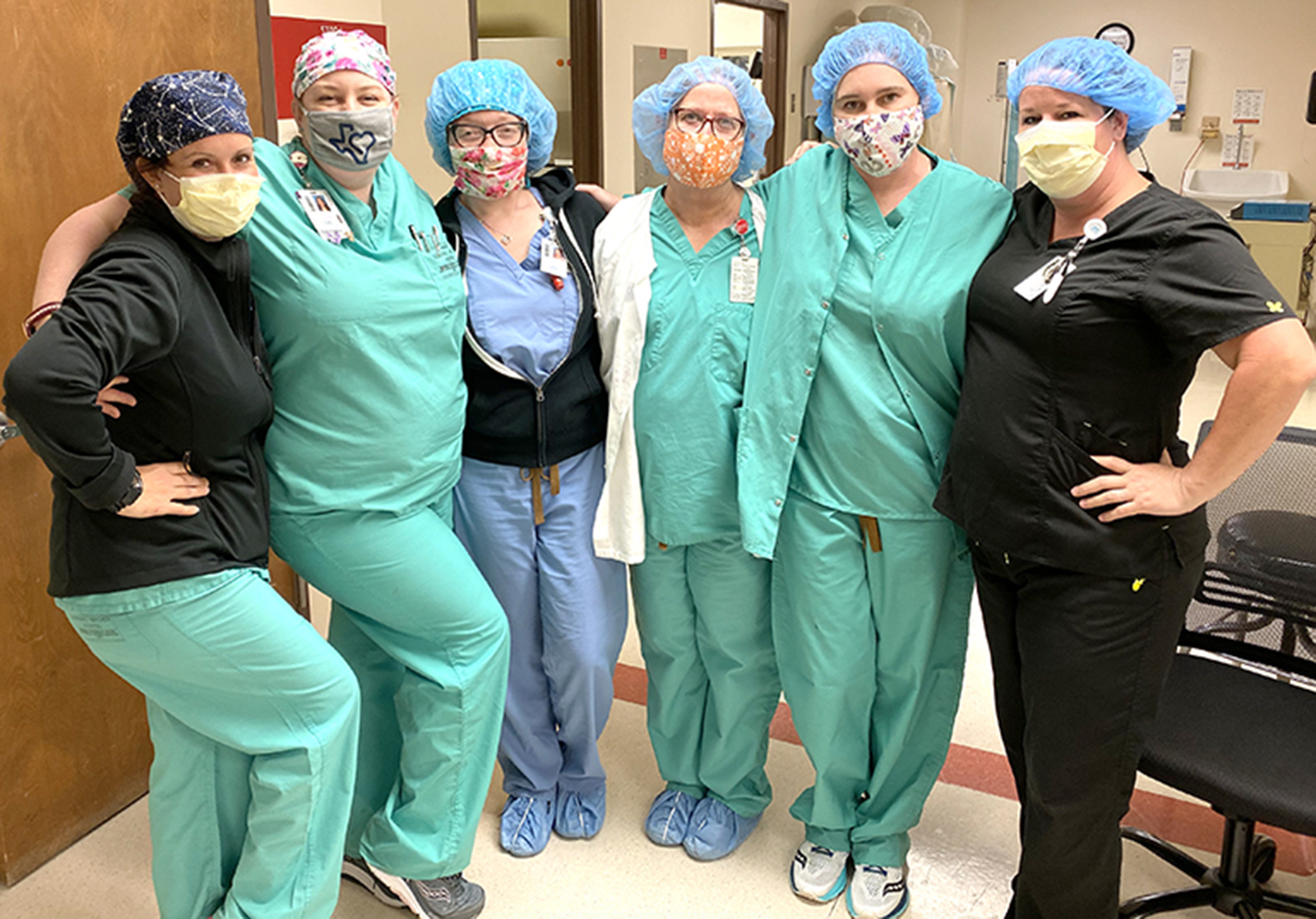