Constantly trouble-prone and climbing on everything, goats will eat and chew on anything. Embodying the rural proverb "the grass is always greener on the other side of the fence," goats inevitably prove themselves as true break out artists. If their head can fit through a hole in the fence, they’ll find a way to squeeze their body through too. But sometimes they will get stuck.

As males on a mission, the billies see propagating their genetic lineage as the most important mission in life, and they can get dangerous when crossed.

With those credentials, you would think that raising goats represent an activity to steer away from. But when Mary Ann Dieteker was pregnant with her now 18-year old Dacey, she was looking to the future. Wanting to build a college fund for her daughter, Mary Ann also wanted an activity they both would be able to do together and bond over.

Living on a cattle ranch, raising goats came to mind.

Mary Ann and Dacey Dieteker amidst the happy band of goats at the Goat Patch.

Because a nanny has two teats, some of the triplet babies have to be bottle-fed. And they’re special, because they are always kept as part of the herd – five this year.

The Dieteker mother and daughter team sell the goats to a multitude of buyers – as livestock projects for 4-H and FFA youth, on the meat market, for goat-roping at rodeos, or for people expanding their herds. In 2018, the Goat Patch goats grabbed the spotlight in the first ever Bosque County Goat Yoga class. It was a fundraiser for Dacey’s 2020 graduating class.

“It is fun for us,” Mary Ann said. “And it is something to do together.”

Goats take on a hay bale.

Mary Ann and Dacey love them back just as much. Each nanny is named, as are the bottle-fed kids. They know the characters of each of their hoofed and horned herd. And yes, they have their favorites, like Spooky, a beautiful black Spanish female born on Halloween; or PJ, the long-haired, caramel and white-colored pygmy billy. This year, baby Pedro was a special one for Dacey.

The cute baby goats play at the hay bale, trying to jump as high as they can, nibbling as they do, clambering in and around the mineral tubs. On a cold day, they seek refuge in the hay, or in the shelters. There are some scuffles and head-butting going on in the herd, as the pecking order is re-established during feeding time.

Roy, the alpha male of the resident Anatolian shepherd family on the Dietiker Goat Patch.

In the distance, the two Anatolian shepherds – Roy and Suzy – keep watch, patiently waiting for their dinner. The hardy, fiercely territorial and protective dogs are the true guardians of the flock, fighting off predators and wrangling kids that have lost their mom. They are a perfect team. When Suzy is snoozing, Roy keeps watch and vice versa. Last year, the duo had a litter of nine pups, two of which got to stay – Maggie and Jess. And the two youngsters are already following in their parents footsteps of guarding their flock.

“We could not have this herd without their help,” Mary Ann said.

New flock tenders Maggie and Tess – two-month old Anatoles – enjoy cooling off in a trough at the Mary Ann and Dacey Goat Patch.

New flock tenders Maggie and Tess – two-month old Anatoles – enjoy cooling off in a trough at the Mary Ann and Dacey Goat Patch.

The flock is a mix of hardy goats – Boer, Spanish and Pygmy in all colors goats come in, including dabbled – that are well-suited to the fickle Texas winter weather and the hot, hot summers. Many first year mommies are bred by the pygmy dad, making the first birth an easier one.

Any car that stops at the patch – which consists of multiple pastures off FM 219 – instantly sets the herd trotting towards the gate, eager for food. The bottle-raised and the more sociable ones stand up against the fence, nibble on your coat, vying for attention. Others stick around, scrounging between the rocks for fresh grass, just in case there is food to be had.

Raising goats can be fun and rewarding, but frustrating at the same time. Both women have found a great balance, in which the fun of tending the flock and way outweigh the frustrations – the birthing in the most extreme weather, the breaking out of the pasture – and the hard work.

Baby goats frolic around the hay bale as their mommas are fed.

Dacey Dieteker with a day-old goat kid born to a first-time mom in 2019.

Speaking of balance, both Mary Ann and Dacey have busy, busy lives. Mary Ann is an English teacher at Hill College in Hillsboro, and Clifton High School Class of 2020 graduate Dacey was very active in livestock shows – showing her steers and heifers – and playing University Interscholastic League golf.

But over the years, the profitable patch has built up a bank account that will pay for college, or whatever adventure Dacey sets her mind to. At this point, a real Bosque County rancher girl, Dacey has chosen to study Animal Science at Texas Tech University in Lubbock. She is keeping her options open regarding her specialty, but there are seven options to choose from, ranging from veterinary science to research.

And besides putting money in the bank for Dacey, the duo is a regular contributor of “add-ons” at the Central Texas Youth Fair, supporting other youth with their livestock projects, helping them to increase their college fund bank accounts or pay for future projects.

Mary Ann will continue on tending to the flock of goats while Dacey is away at college – hoping for some help from her nephews – missing her daughter as she surrounds herself with the sea of love received from her goats, knowing the proceeds will help Dacey further her education and chances in life. 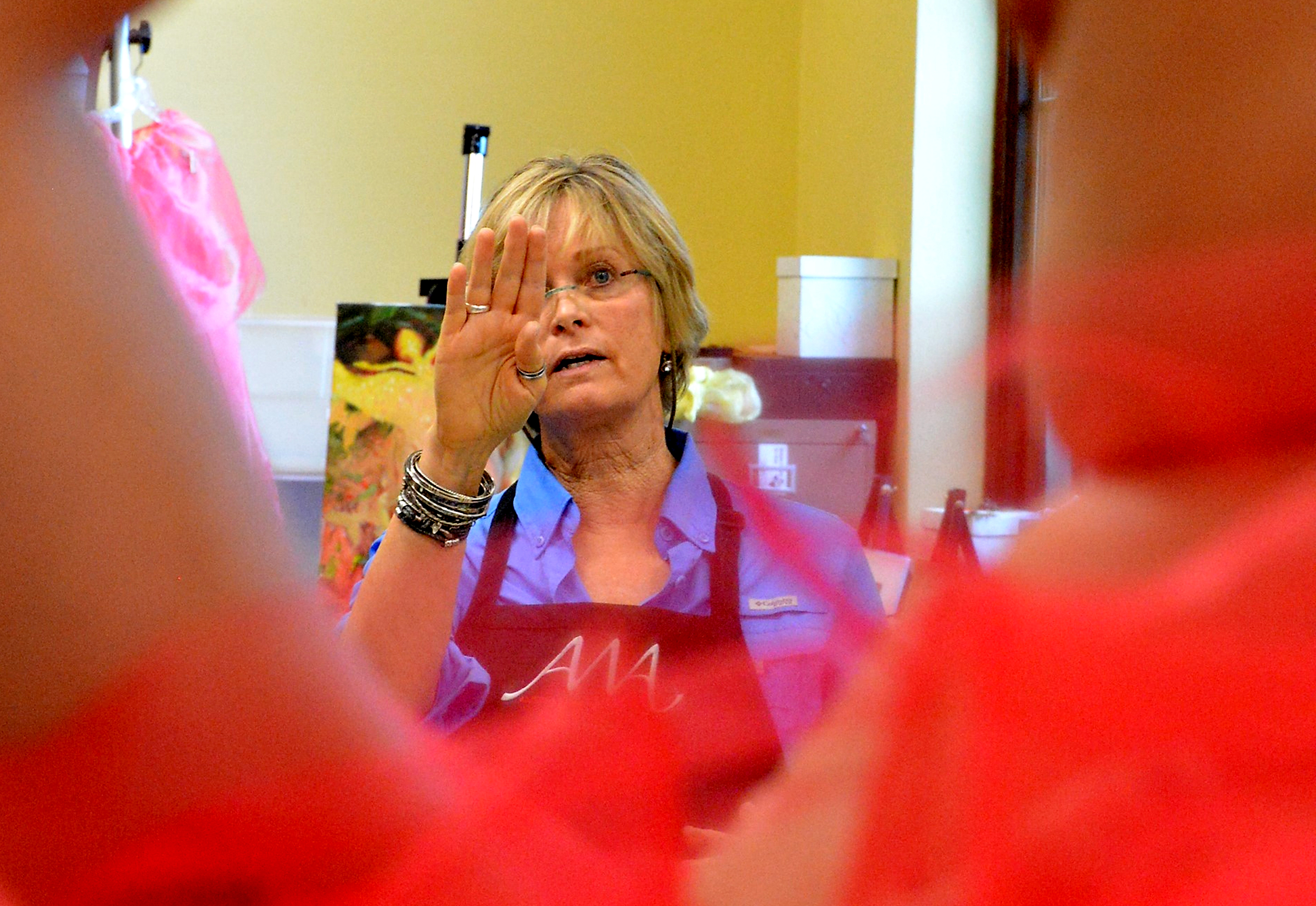 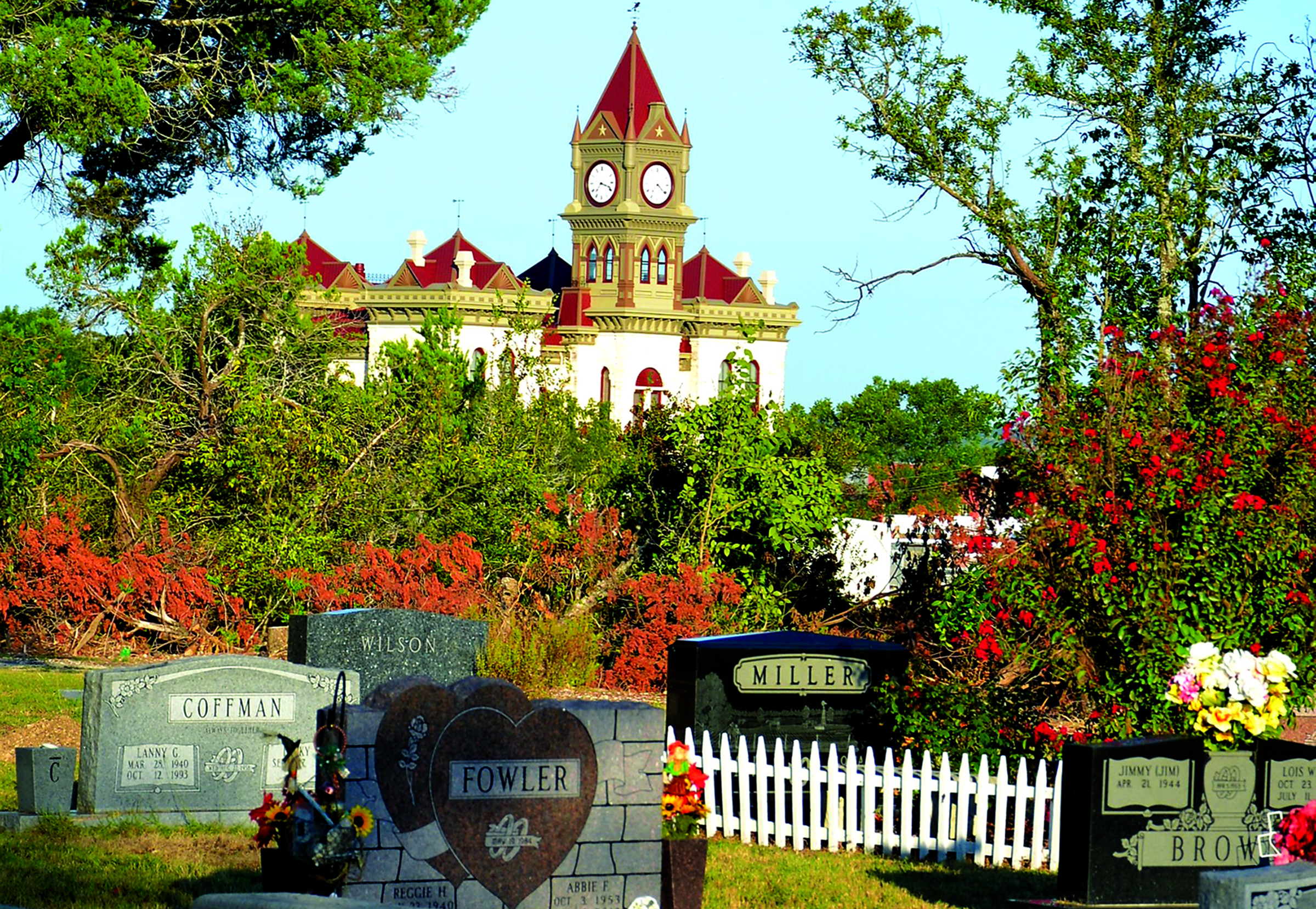 Finding Peace Among The Departed