A Way With Words

Every story has a couple of elements that make it an interesting read.

Clifton High School junior Griffin Phillips showed he mastered the art of writing an engaging essay for the Daughters of the American Revolution Christopher Columbus essay contest this year. His exceptional essay ended up as the silver winner in the nation – after winning the local Bosque River Valley contest, the Texas State contest and the regional contest.

At the state and regional level, the competition proves challenging as around 75 essays from Texas DARs make it to state, and at a regional level that number increases to at least 250 other hopefuls.

With “you don’t always have to start at the beginning,” Phillips straight away captures the readers’ attention with an unorthodox beginning of his essay, which reels them in for the rest.

“A grisly, sun-bleached beard had overcome my face,” the essay starts with. “My eyes, green as the sea, had been left bloodshot from the ocean’s salty gales. My skin, dark and leathery, resembled that of the foreigners I had left behind those many months ago. As I peered into the still, murky waters of the port in Palos, Spain, I hardly recognized the man who was staring back.”

Phillips’ descriptive style of writing keeps the reader interested; translating a myriad of historical facts from his extensive research into an engaging story taking the reader back in time, instead of a factual, historic account. Even though the essay is only 1,200 words, his main character Antonio de Cuellar shows depth, and develops and changes.

The National Society of Daughters of the American Republic is passionate about educating America’s youth and supports a variety of different programs, contests and awards towards this goal. The American History Essay Contest was established to encourage young people to think creatively about the nation's great history and learn about history in a new light. The essays are judged for historical accuracy, adherence to the topic, organization of materials, interest, originality, spelling, grammar, punctuation, and neatness.

Students from Bosque County Schools were invited by Bosque River Valley DAR to submit essays complete with a bibliography in contest. The title for the 2019-2020 contest was “A Sailors Experiences as Part of Christopher Columbus’ First Expedition to the Americas”

Christopher Columbus’ first expedition set off in August of 1492. He and his men explored the Caribbean for five months after arriving in October. The students were cued to imagine they were a sailor who accompanied Columbus on this voyage and now have returned to Spain.

The three-ship fleet of Christopher Columbus included two ships known as caravels, Nina and Pinta, and one larger ship which served as Columbus’ flagship, Santa Maria. Cuellar served as the ship’s carpenter on the Santa Maria.

“For nine-and-twenty days we sailed, our eyes straining fruitlessly for any signs of land,” Phillips’ essay relays. “My fellow crew mates soon became weary of our travels, and this fatigue often brought us to the brink of mutiny. Then, from what could only have been the Lord’s blessing, our men began to notice shore birds, driftwood, and various other signs of land.”

With this program the local DAR chapter fulfills two of their main objectives: preserving history, and educating children. They are therefore quite disappointed that the American History and Christopher Columbus programs have been discontinued.

“It takes a lot of time and effort and research,” Seawright said about the contest. Since it fits within Texas Education Knowledge Standards and STAAR testing objectives she offers it as a writing assignment in her High School English class.

“Griffin is a natural, gifted writer,” Seawright said of Phillips. “He paints a picture. And his beginning has the best hook that I’ve ever read.”

Phillips credits his well-versed, theologian grandfather for his writing abilities. As a young child, Phillips did not dream to become a fireman, or a doctor like his father. His ambition was less predictable; he wanted to become an author.

“Upon our arrival on shore, we were greeted by a large gathering of native inhabitants.” Cuellar says in Phillips’ essay. “These natives were much like a blank canvas, and seemed to be unprejudiced in the nature of religion, war, and defense. They were easily impressed and our company dazzled the natives with colorful beads and fabrics. I stood alone watching these events in reasonable confusion, for these Indios seemed nothing like the men I had heard rumors of in the Far East. Had we really found the Far East lands of Asia as our campaign had sought? I kept this query within me, for no one else shared my concern.“

Now in his junior year of high school, Phillips has changed the view of his future. He wants to go to the Air Force Academy and become a pilot.

Winning second in the nation this year was a huge surprise Phillips said, but it is by no means not a fluke. Phillips already showed he was capable of award-winning writing in 2018. Students are invited to submit an essay of 800 to 1,200 words on the topic, “Comparing Ship Technology: The Ships Columbus Used Versus the Ships of Today.” Those essays discussed the advantages and disadvantage of these late fifteenth-century ships compared to the modern ships of today and how they would have been prepared for his voyage.

Phillips won the Texas State Award for his essay that year.

The following excerpt shows Phillips’ depth of thought regarding the subject matter.

“In reality, a ship’s worth can’t be measured within the ship itself; a better vessel is always on the brink of creation regardless of the times. Instead, a ship’s value must be measured in the milestones reached by the people on board. A vessel with a story will always be remembered, but a ship with no meaning will just be a boat.”

Since Christopher Columbus was born Cristoforo Colombo in Genova, Italy, first, second, and third place national winners are selected after judging by the National Italian American Foundation. That foundation aims to foster an environment for an open and academically sound dialogue on Christopher Columbus and the events and accomplishments that surround his name.

“We honor here the memory and discoveries of Christopher Columbus,” NIAF says “He was in a sense a grandfather (or at least a great-grandfather) of our country, the ‘Man of the (Second) Millennium’ who stood astride its midpoint and astride the Ocean Sea separating two unconnected worlds. It was he who first linked the disparate civilizations of the eastern and western hemispheres in a way that made possible continuing communication and interaction between them. It was he who first brought to the western hemisphere those Judeo-Christian values, including the Christian faith, that now permeate virtually nearly all areas of our hemisphere.”

And though the ending of this year’s national silver essay was already clear in the first paragraph, Cuellar’s closing thoughts are compelling.

“On the blessed day of March 15, 1493, I again set foot on Spanish soil. Stumbling from the deck of the Niña, I was once again tossed back into the bustle of street merchants and travelers of whom were constantly frequenting the harbor. The wheel ruts left upon the muddy streets, the jumble of voices, and the periodic ringing of harbor bells; all that had once seemed so commonplace was now a nauseating blend of senses that overwhelmed me.

“Among me were crowds of ordinary people leading ordinary lives, unaware of the revolutionary adventure that had so recently transformed my legacy. Oddly enough, the mediocre life I had been so eager to return to now seemed entirely unappealing. My experiences and discoveries alongside Columbus had not only been groundbreaking; they were forever life changing. From the conquest of new Spanish lands to our unprecedented encounters with unfamiliar natives, the significance of our voyage will undoubtedly be remembered in history. Those long, arduous months at sea, each life-threatening tribulation; they had all shaped me into something more than just a Spanish carpenter.

“I had become much more than the legend I had sought to become. As the world around me continued to move, it brought about the faces of men soon to be forgotten. To my relief, I am now certain that I am no longer destined to join them. I had become more than a pawn of this world; I was a man worth remembering.”

Phillips is hoping to receive his second place plaque soon. Maybe it will come on Oct. 12, the annual Christopher Columbus Day, which celebrates Columbus’ arrival to the Americas. 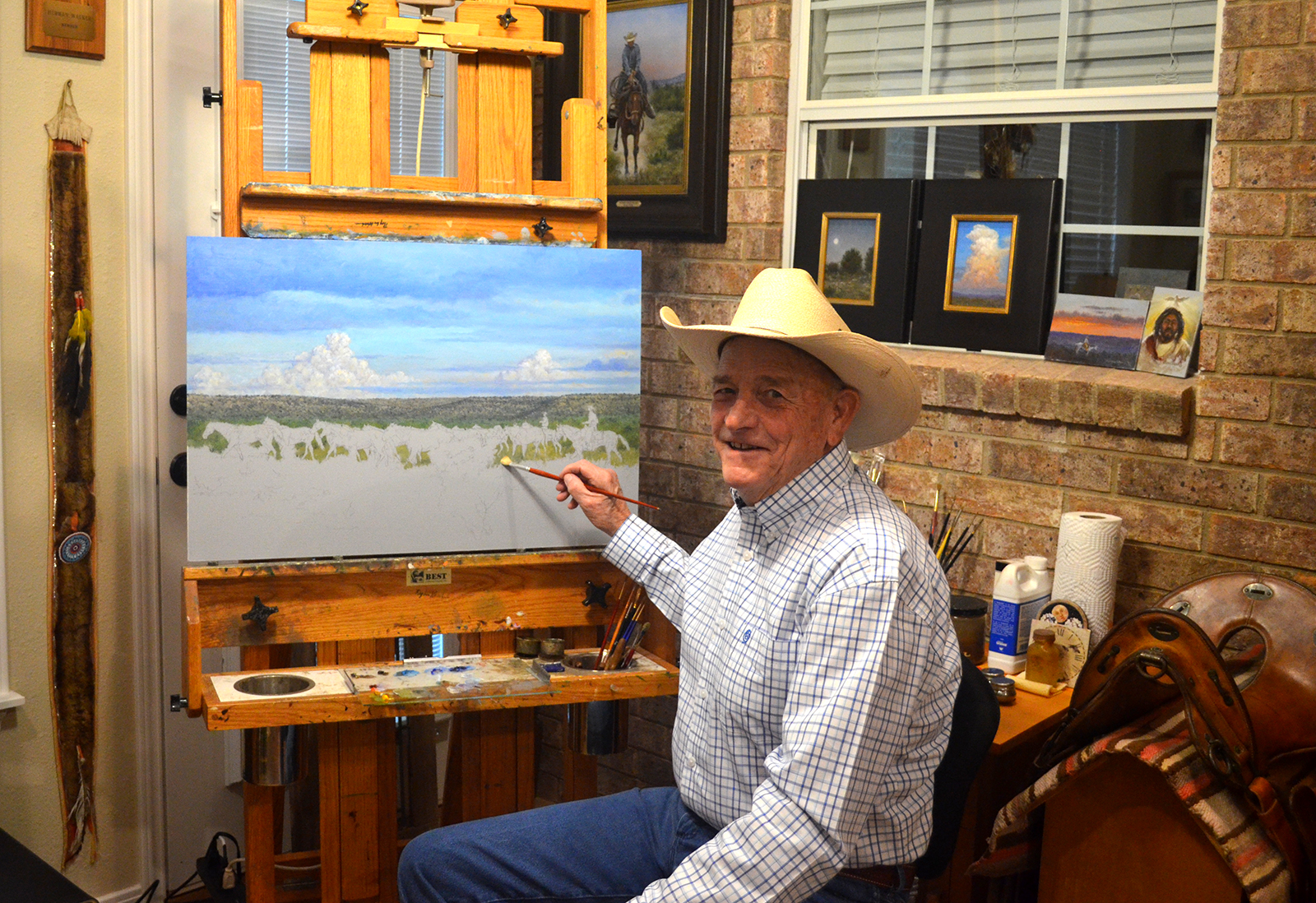 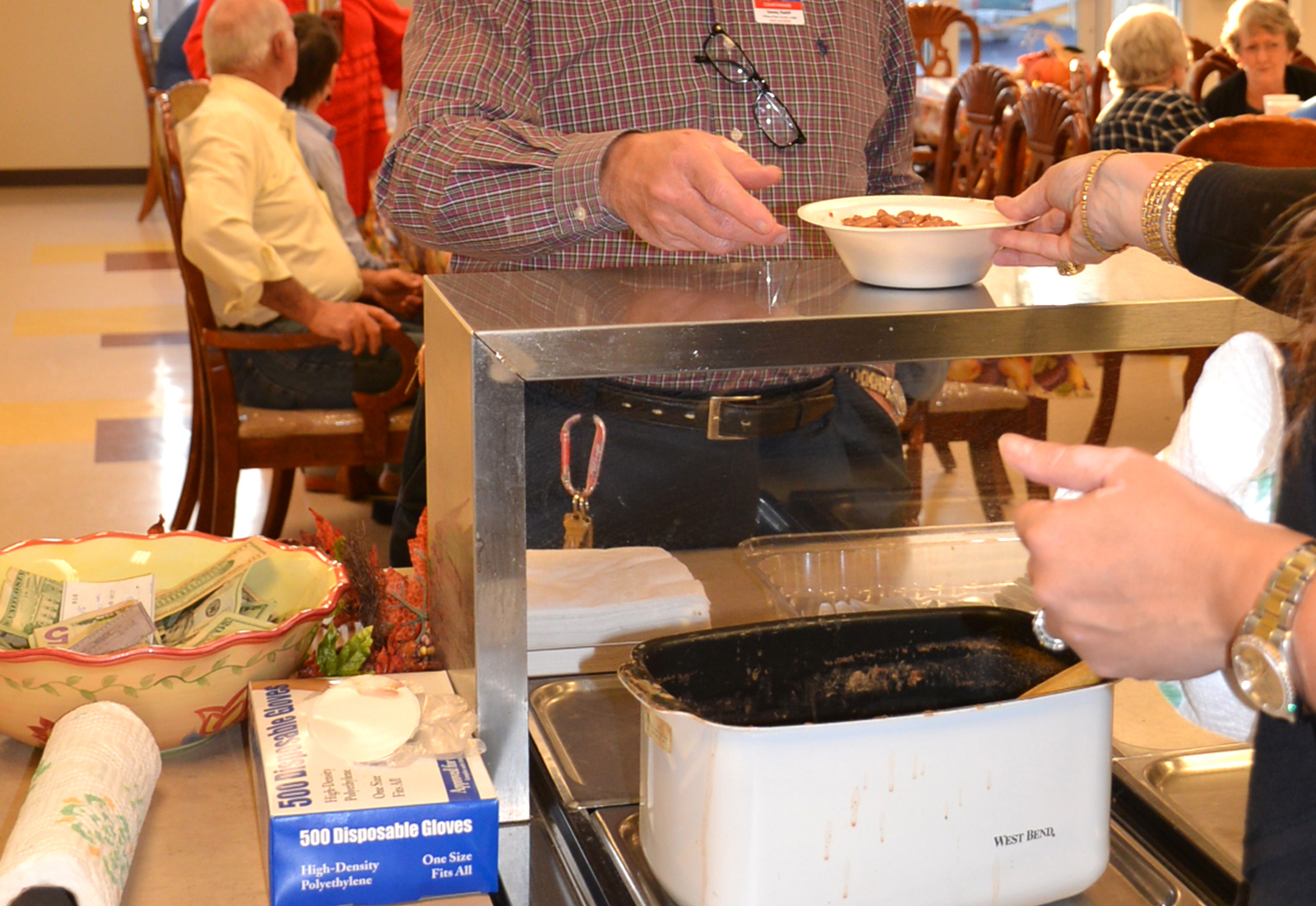