Heroes In Our Hearts

CRANFILLS GAP -- After Private First Class Torsten Bryn from Cranfills Gap, volunteered for service in Oct. 1917, he trained with the 144th Infantry Company G, part of the 36th Division, Camp Bowie. It being a combat division, Bryn was in combat continuously from the time he arrived at the Western Front in Europe.

Just one year later, on Oct. 12, 1918, 21-year-old Bryn was killed by machine gun fire during the infamous and grueling Meuse-Argonne Offensive. For his distinguished service and exceptional bravery displayed while in action Bryn received the French Croix de Guerre post-mortem.

His brother John was also a soldier in the war that was supposed to end all wars. He was wounded with at least 14 times, but recovered.

The names of these two young men from Cranfills Gap are now chiseled in granite of the new, monumental Veterans Memorial in their hometown, which was dedicated at 11 a.m. on the eleventh day of the eleventh month, 2020. They join 685 other Cranfills Gap veterans honored. Torsten’s name is chiseled twice – once on the WW1 slab, and once on the “Some Gave All” column.

Master of Ceremonies Col. Jeanne Hansen Bayless in dress blues led the magnificent and meaningful ceremony. Besides being in active service herself, her father First Lt. Chris M.R. Hansen received the Navy Cross and a Purple Heart for his distinguished service in the Marine Corps at Iwo Jima. Apparently he was one of the first to raise the U.S. flag after the gruesome battle was over on Feb. 25, 1945.

“I did not know he was a real hero, until his medal citation was read at his funeral,” Bayless said.

“Wounded while leading his platoon through intense enemy mortar, artillery and machine-gun fire against strong enemy positions located on commanding ground, First Lieutenant Hansen gallantly continued to lead his platoon until he had succeeded in reaching positions far in advance of adjacent units,” the Presidential citation reads. “While still under intense enemy fire, he organized the position and accomplished the evacuation of the casualties before he permitted himself to be evacuated. His courage and steadfast devotion to duty were in keeping with the highest traditions of the United States Naval Service.

Recovering from his war wounds, he met a Navy nurse Dorothy “Dottie” Brock and the couple returned to his hometown Cranfills Gap to raise their family.

Over the decades, many, many brave young patriotic Bosque County men and women like the Bryn Brothers, gave their youth and courage, and even their lives, to serve in the Armed Forces. And many families endured extended anxiety over and suffered the loss of loved ones serving in one military campaign or other.

Each family has stories about their veteran that exist mainly within the direct family. Bayless encouraged all attending to make an effort to record these stories, so they can be passed on to future generations.

In these troubling times of tearing down of monuments, Cranfills Gap built a lasting monument to preserve the memory of those that answered to call to duty, and gave what was required and more.

State Representative District 58 DeWayne Burns cited John 15:12-13 with the message applicable to any soldier in the Armed Forces.

“My command is this: Love each other as I have loved you. Greater love has no one than this: to lay down one’s life for one’s friends.”

Burns recalled a soldier from his hometown Cleburne, Brian Burgess. The young man wore a t-shirt bearing the verse on the day he was killed in Afghanistan, driving the point home that some soldiers do lay down their life, not just for their friends, but for their fellow countrymen.

“Our National Treasure is locked up in the hearts, and minds and souls of our serving soldiers and veterans,” Burns said.

He feels the nation’s soldiers are all heroes – people that do a job nobody else can or will do, that hold whatever ladder needs to be held, and that wear a uniform.

According to Burns’ research, Texas ranks number 2 in the nation with the highest amount of veterans, with 1,100 veterans in Bosque County alone.

“We hold all these heroes in our hearts,” Burns said.

Bosque County Judge Don Pool followed the hero theme, acknowledging that not all soldiers intended to be heroes or courageous, but that they took on the responsibility bestowed on them. He added that the Cranfills Gap monument is part of Bosque County history now, and that nobody will be able to take it away.

Other speeches came from Cranfills Gap Chamber of Commerce President Ed Rieser reminded people that history is not made in the past, but made each day. This ceremony was history in the making.

The research to gather all the names, the raising of funds and construction of the Cranfills Gap Veterans Memorial took a committee of several people – including Larry and Darla Kinney, Charlene Tergerson, Grover McMains and Cheryl Niemeier – a little over a year. With that amount of names, and going back so many years, there have already been some additions to the list. The names will be added to the monument Kinney promised.  There were over 55 donors to the project.

“I felt it was important for our town to remember those who contributed to Cranfills Gap by serving in the military, and we have nothing that tells the whole story,” Project initiator Buck Thomassen said. “I have learned a great deal about the town and its people from this project.

“There is information at the Bosque Museum and the Bosque Collections, but this memorial tells the whole story; the story of the families of this town and how the town grew and declined since WWII, much like most of rural America. I felt this was the best way to tell our story. And it is something that will last.

“We think our community will be proud of the memorial and know that this recognition for our veterans is well deserved.”

And indeed, Cranfills Gap Mayor David Witte expressed this pride for the significant monument and the names on the slabs.

Before thanking the committee for their tireless hours of work, Larry Kinney relayed a few stories the committee heard during their research – like the fact that a WWII war ship was named the USS Bosque because Bosque County had sold more war bonds than any other community. And that the Civil War often split families, with brothers fighting each other on different sides of the line.

After the ceremony, attendees took time to look at names representing the individuals’ legacy to and sacrifice for their families, their communities and their country.

Several local organizations go like the Bosque River Valley Daughters of the American Revolution, the Iredell Field of Flags, Kopperl and Clifton Independent School Districts that go above and beyond to remind people we owe local gratitude to local veterans and to make sure they know they are appreciated and honored for their service. Towns and cemeteries often have plaques or stone monuments paying tribute to the county’s veterans in general. But the Cranfills Gap magnificent monument is the only one bold enough to name each and every one of the town’s veterans.

“There are just some things that you need to chisel in granite, for all eternity,” Liardon said.

After all, as the event program stated “Veterans are people who, at one point in their lives, wrote a blank check payable to the United States of America, for an amount up to and including their lives.” And all to protect life, liberty and the pursuit of happiness. 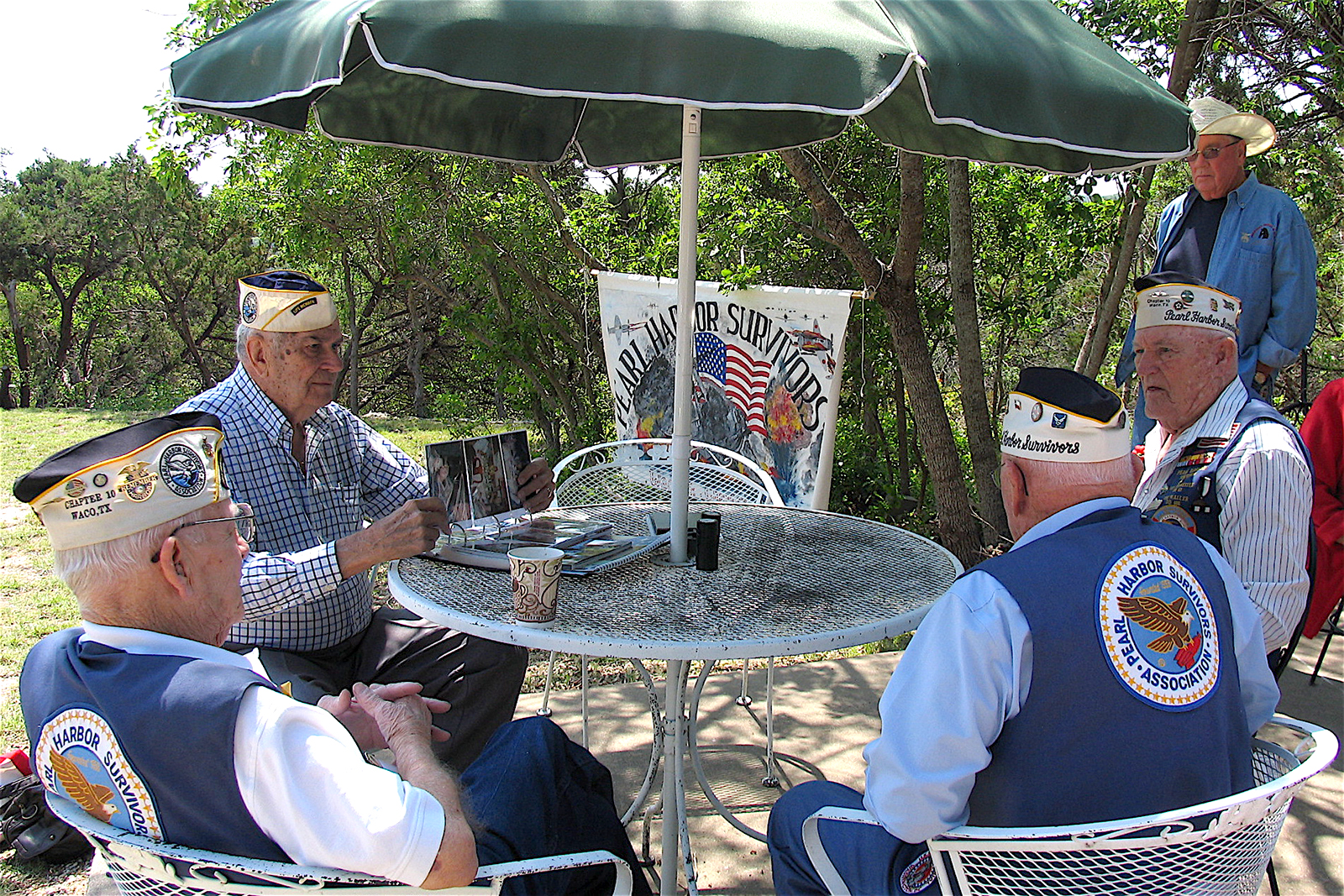 We Owe Them All 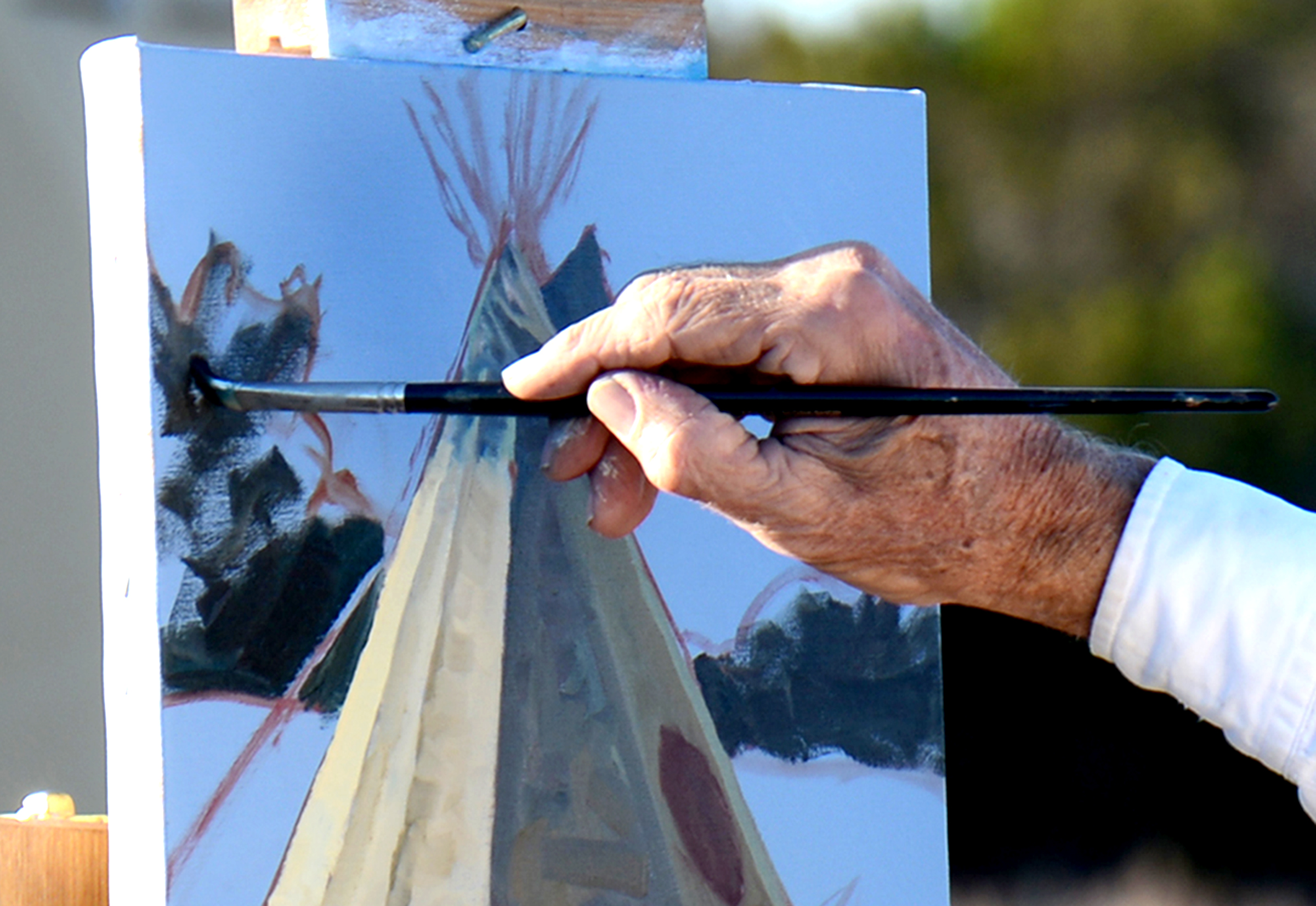