With a birth that became beyond fashionably late, Texas Safari Ranch in Bosque County welcomes baby giraffe of endangered species

Nature offers a display of strange, wondrous, beyond-imagination creatures – think of the elephant, a duck-billed platypus or an anteater. With their long necks and legs, purple weirdly versatile tongues and slow-motion, majestic gait, giraffes ranks as very much a part of that imaginative drawing board, perfectly suited for their middle African Savannah habitat.

Since 2020, a family of gentle giants have held residence in the heart of Bosque County at the Texas Safari Ranch just outside Clifton in their very own, very large, state-of-the-art, temperature-controlled Giraffe house.

First, there was JM, 13-year-old, 15-foot tall male reticulated giraffe, weighing in at 3000 pounds, who arrived in June 2020. For your reference, a high freeway overpass is about 16 feet high. He was joined by eight-year-old Annabelle in November 2020, the 13-foot tall dame came from Michigan with extra baggage – she was pregnant.

With a gestation period of 400-450 days, the baby giraffe was thought to have been due at the middle of March. But first-time mother-to-be Annabelle had her owners and caretakers wait for more than three months for the birth.

During the period up to the birth, an elephant and giraffe specialist Dr. Kari Morfeld in Omaha, Nebraska received photos and feces samples on a regular basis to check up on Annabelle’s condition and hormone level changes. Morfeld is a wildlife endocrinologist, reproductive physiologist. She was 70 percent certain the baby was going to be a girl. And she was not wrong.

During a YouTube gender reveal June 26, “almost 100 percent certain we have a Betty,” Nancy Harvard said. The baby girl giraffe has been named in loving memory of Nancy’s mother Elizabeth.

“She was a fierce, intelligent, beautiful and wonderful person,” daughter Chayse Harvard says on the video. And young as she is, Baby Betty is showing to be a healthy, beautiful, smart, spunky female.

Anna means grace and Belle means beauty, And together they mean loving, so that is how Annabelle got her name – a name that suits her perfectly. And even more so now she is showing her maternal love for her calf.

And JM was named after Jack’s dad, “a great character, with hard-working hands and a beautiful soul.” This YouTube video courtesy of Texas Safari Ranch shows baby Betty and her mother Annabelle on their first outing outside together on June 30, Texas Safari Ranch Owner Jack Harvard supplies the commentary: https://youtu.be/6Wn2P5s_Llw

“We are very pleased with the birth,” Harvard said. “Annabelle has been a very good mother, very affectionate straight away.”

The perfect birth took place naturally on June 24 at approximately 12:20 p.m., with Annabelle standing up, allowing gravity to help the calf out. Within an hour of her water breaking, the calf came into the world feet and head first by dropping five feet down. This action naturally severs the umbilical cord. Annabelle’s motherly instincts immediately kicked in, as she bent down to tenderly clean her baby’s snout.

The approximately 150 -pound baby giraffe was up on her feet within an hour, and suckling. Measuring about 5 foot 11 inches tall, the newborn giraffe is taller than most humans. And a giraffe calf needs to be a certain height in order to reach their mother’s udder to suckle.

This hour-long YouTube video shows the entire, fascinating birth. It has been viewed by nearly 10,000 people. The footage is from the live cam recording of Annabelle giving birth to Betty. The calf literally lifts her head as she’s halfway out of the womb to take the world in 48 minutes into the video: https://youtu.be/e-IUSGJXkSY.

The Texas Safari Ranch is private property, only its guests can admire the new family up close. But the public can see baby Betty grow – and young giraffe grow incredibly quickly, as much as 10 inches in the first month, much of the increase being in the neck region – through the Texas Safari Ranch website homepage, that has a live feed to the inside of the Giraffe House, of when subscribing to the YouTube channel.

There are only about 350 giraffes in the United States today, and most of those are owned by zoos. In Central Texas people can admire these magnificent creatures at the Cameron Zoo in Waco, where baby giraffe Zeke was born in Jan. 2021. Both the Fort Worth Zoo and the Dallas zoo have giraffes. And a small herd of nine giraffe – with three one-year-olds – also roam the Heart of Texas country side at the 1800 acre Fossil Rim in Glen Rose. The giraffes and 1100 other wild animals can be admired from your private vehicle or on a guided tour on a 7.2-mile trail through the park.

The scientific name “camelopardalis” originated from an early explorer who thought the giraffe resembled a cross between a camel and a leopard. There is no other animal like them, but they are related to the Okapi, which has the same versatile bluish-purple tongue for stripping leaves off branches. Fun fact: a giraffe’s tongue is between 18 and 20 inches long.

The tallest of all living land animals, the gentle-natured giraffes are ruminants – cud-chewers - eating almost exclusively leaves, fruits, seed pods and grain. But they do eat a lot – about 75 pounds of foliage daily. In their natural habitat, giraffes feed mainly by browsing on acacia trees. The plants supply the giraffes with most of their water needs and they only drink every few days.

Drinking for a giraffe is a vulnerable state, in which they have to spread eagle their legs to be able to reach the water. Their ability to drink and then jerk their heads up to scout for predators without fainting is the result of a exceptional circulatory system. That system that has been studied by NASA as a key to preventing blackouts at high altitudes.

Giraffe mother Annabelle had her neck broken when she was young, giving her a slightly bent-over look. But that does not hinder her in her normal activities as a new mom. She has been perfect since the birth, attentive, protective and so loving. “Uncle” JM is curious, but in a nice way, about the new addition to the giraffe house.

At the 1000-acre Texas Safari Ranch, the giraffes will roam the Bosque County hills and plains with many other exotic animals. Texas Safari Ranch is home to both endangered species and species that are extinct in the wild. Their goal is to help to ensure these species recover and will be around for future generations. For example, the ranch has many Pere David deer from China that are extinct in the wild. The Dama Gazelle, Scimitar Oryx, Addax, Lechwe, and the Grevy's Zebra are also on the endangered list.

Even though conservation efforts benefit some giraffe populations, others are in serious trouble. The International Union for Conservation of Nature Red List of Threatened Species is drawing attention to the plight of giraffe, to what they are calling “a silent extinction.”

In the updated 2018-2 IUCN Red List report, the Kordofan and Nubian giraffe subspecies are now listed as "Critically Endangered" which means they face an “extremely high risk” of extinction in the wild. The Kordofan giraffe has lost 90 percent of its population since the late 1980s and is down to just 2,000 individuals in the wild. Similarly, the Nubian giraffe population is down 98 percent and lives only on protected lands in Kenya.

The Reticulated giraffes like JM, Annabelle and baby Betty are on the "Endangered" list. Other subspecies range from "Vulnerable" – Thornicroft’s and West African giraffe – to "Near Threatened" – Rothschild’s giraffe. Only Angolan giraffe – with their stronghold in Botswana, Namibia and Zimbabwe – seem to be out of trouble and are listed as "Least Concern."

The South African and Masai giraffe are yet to be assessed. While South African giraffe appear to be doing well, Masai giraffe have seriously declined and will most likely be placed within one of the threatened categories of the IUCN Red List. According to the Born Free conservation organization, giraffe numbers plummeted by a staggering 40 percent in the last three decades, and less than 100,000 remain today. Habitat loss through expanding agriculture, human-wildlife conflict, civil unrest, and poaching for their meat, pelts, and tails, are among the reasons for the decline.

“Whilst giraffe are commonly seen on safari, in the media, and in zoos, people – including conservationists – are unaware that these majestic animals are undergoing a silent extinction,” said Dr Julian Fennessy, co-chair of the IUCN SSC GOSG, and Director of the Giraffe Conservation Foundation.

“While giraffe populations in southern Africa are doing just fine, the world’s tallest animal is under severe pressure in some of its core ranges across East, Central and West Africa. It may come as a shock that three of the currently recognized nine subspecies are now considered ‘Critically Endangered’ or ‘Endangered,’ but we have been sounding the alarm for a few years now.”

With the growing giraffe family, Texas Safari Ranch is helping in the conservation efforts, by breeding with Annabelle and the new baby girl giraffe in the future.

Guests at Texas Safari Ranch, are able to see and get within a few feet of these exotic species, and help maintain the care of the animals and breeding programs to help these rare populations continue to grow and thrive. Giraffe junkies can request to join the Texas Safari Ranch Giraffe Junkies Facebook group at:https://www.facebook.com/TexasSafariRanch or visit YouTube channel live camera feed at: https://www.youtube.com/channel/UCHNJSMxuY8Std_Cc9ftY9pw 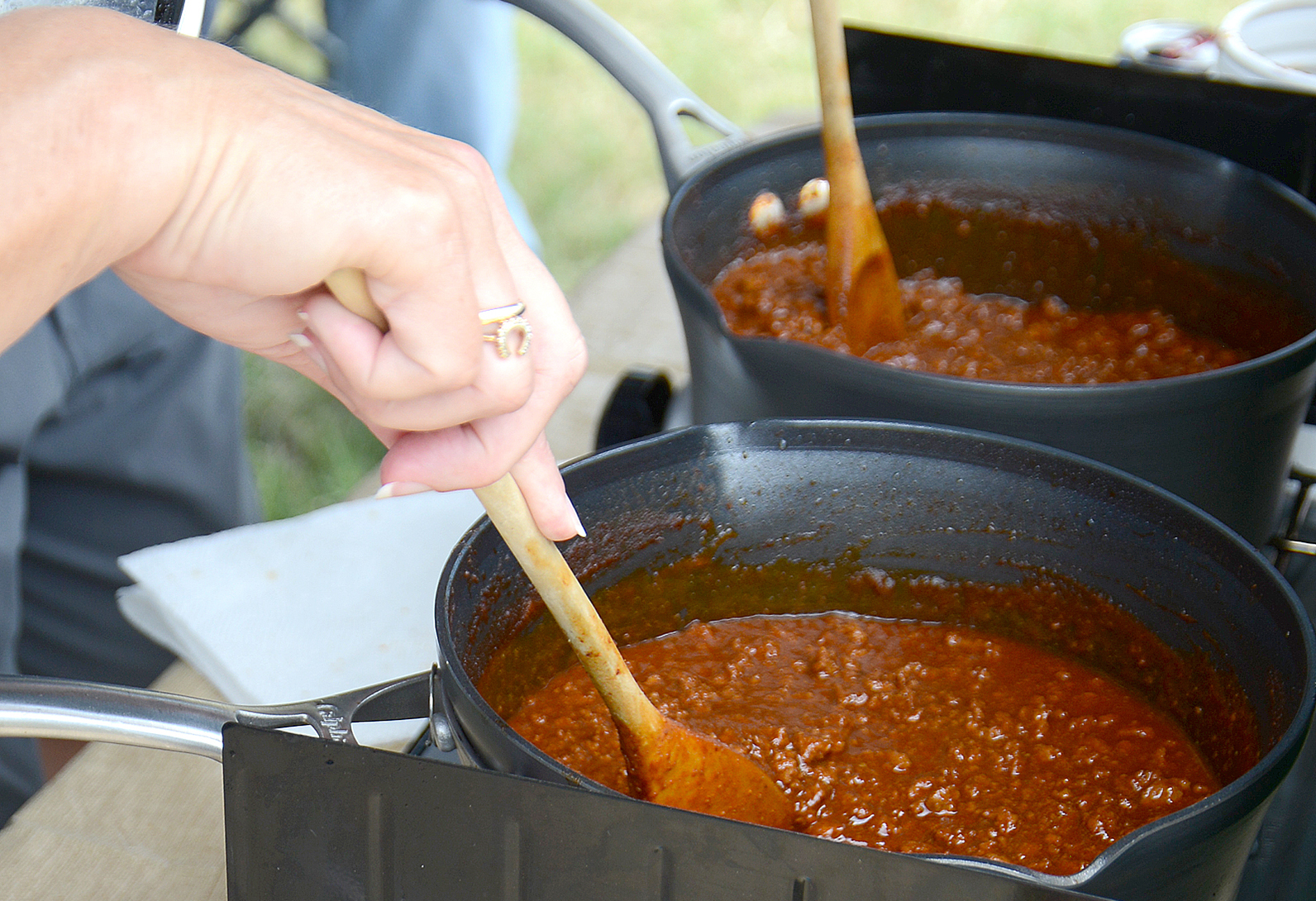 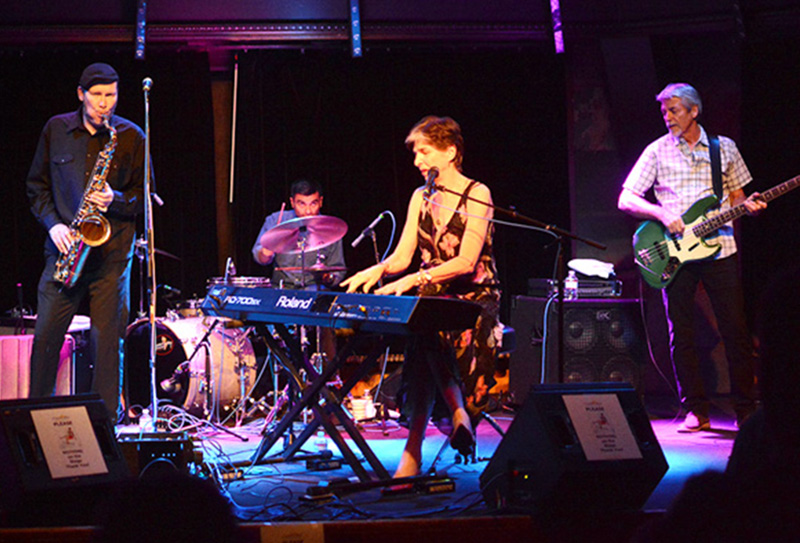