The Price Of Freedom

Living Up To Their Legacy: Wreaths Across America ceremonies aiming to “remember, honor and teach” about our country’s fallen veterans took place across Bosque County in conjunction with the national event Saturday

Remembering lost loved ones during the holiday season, families often visit graves of those who have passed on to place a flower or other memento. Wreaths Across America adds to that tradition to "remember, honor and teach" about the service of deceased American veterans by placing an evergreen wreath on their graves at Christmastime. WWA began in 1992, with the placing of wreaths at the Arlington National Military Cemetery.

Clifton’s community coordinator Kathy Harr thanked those attending the program, which included the presentation of the Star Spangled Banner by Cub Scout Pack 376 from First United Methodist Clifton, prayer by Pastor Clive Schofield, playing of Taps by Clifton High School student Jacob Nickel and the Pledge of Allegiance. Representatives of each military branch, including Space Force and Missing in Action presented wreaths.

“Freedom is never more than one generation away from extinction,” said Harr, quoting President Ronald Reagan. “We didn’t pass it to our children in the bloodstream. It must be fought for, protected and handed on for them to do the same; or one day we will spend our sunset years telling our children and our children’s what it was once like in the United States where men were free.”

This is why the WAA slogan is to Remember, Honor and Teach – remember the fallen U.S. veterans, honor those who serve and teach the youth the value of freedom.

Harr had encouraged people to read the names of the deceased veteran and thank them for their service – a small act that goes a long way toward keeping the memory of the veterans alive. She also encouraged families to let their children lay the wreaths. As the activity died down, several volunteers moved to the Clifton Memorial Park location to assist there.

“We stand on the shoulders of heroes that have gone before us, and really what we strive to do is live up to their legacy,” McConville said in the discussion.

Along with many others, McConville’s message resonated deeply with WAA Executive Director Karen Worcester. And so became the 2021 theme.

Following the ceremony, volunteers - family members, friends, veterans and volunteers of all ages - dispersed across the cemetery to lay balsam wreaths with red bows on pre-marked graves. The wreath’s evergreen branches stand for longevity and endurance, the red bow for great sacrifice, the forest scent for purity and simplicity and the circle for eternity.

Harr said she was proud of her volunteers and hopes if any veterans were overlooked that she be notified so they can be included next year. She said she intends for the Clifton WAA program to become an annual event locally.

“I was so grateful and thankful that it didn’t rain,” Harr said. “And I was ecstatic to see so many people here to help in spite of the cold. It being the first year to organize the event, I had no idea how many people would show up.”

In 2019, Harr and Penberthy had placed seven ceremonial wreaths only at the Clifton cemeteries, as a precursor to the extended program this year.

She also hopes other communities like Valley Mills, Morgan, Walnut Springs and Iredell will want to start the program there, and she is happy to help and provide any information they might need.

From the Revolutionary War to present day conflicts, veterans are devoted sons and daughters, fathers and mothers, sisters and brothers. They come from all backgrounds in life to place their lives on the line for the nation’s freedoms. Harr’s father was a veteran, who passed away last year. He and her mother had taken part in a WAA project a few years back and thought it was very special. Harr who had till then not heard of the project, found it was a wonderful way to honor the nation’s deceased veterans.

“Our veterans fought for our freedoms, so that people in our country can agree or disagree freely,” Harr said. “They need to honor them and what they fought for.”

Friends Punky Penberthy and Sue Fielden also wanted to expand the WAA in Bosque County and so Harr began the ambitious, wreath-laying project for the Clifton cemeteries.

“All I did was communicate the message,” Harr said, underplaying her pivotal role. “In the end it is the community that steps up to assist and sponsor the wreaths.”

Harr did an excellent job gathering the names of the veterans buried in the cemeteries, raising funds, attending local Rotary, Lions, Bosque River Valley Daughters of the American Revolution and City Council meetings to raise awareness, informing the local media and keeping the public informed through Facebook. On Saturday, KXXV-Channel 25 was present to film the event in Clifton.

Nearly 40 volunteers gathered to unload the 734 wreaths destined for Clifton on Dec. 14. The wreaths were then stored at Gearench until Saturday's event. The truck driver delivering the wreaths was a retired veteran who volunteers for the cause and made the journey with his wife and dog. Going on to Abilene and Fort Bliss to empty their special cargo, they were on of over 525 truckloads of wreaths nationwide. The volunteers proceeded to pre-mark the veterans’ graves at the three Clifton cemeteries.

“But the project is not over,” Harr emphasized. “We now need volunteers to pick up the wreaths, sometime in the beginning of January; on a pleasant day.”

The boxes the wreaths came in, as well as the wreaths themselves, will be recycled as part of The Silo Project on Highway 6, just south of Clifton.

“We understand we have Veterans Day in the fall and Memorial Day in the spring, but our service members sacrifice their time and safety every single day of the year to preserve our freedoms,” the WAA website states. “In many homes, there is an empty seat for one who is serving or one who made the ultimate sacrifice for our country. There is no better time to express our appreciation than during the hustle and bustle of the holiday season.”

The volunteers in Clifton, Norse, Cranfills Gap joined the nationwide campaign involving more than 2.4 million sponsored veterans' wreaths placed by volunteers at 3,136 participating locations across the nation, showing the veterans and their families that “We will not forget. We will never forget.” 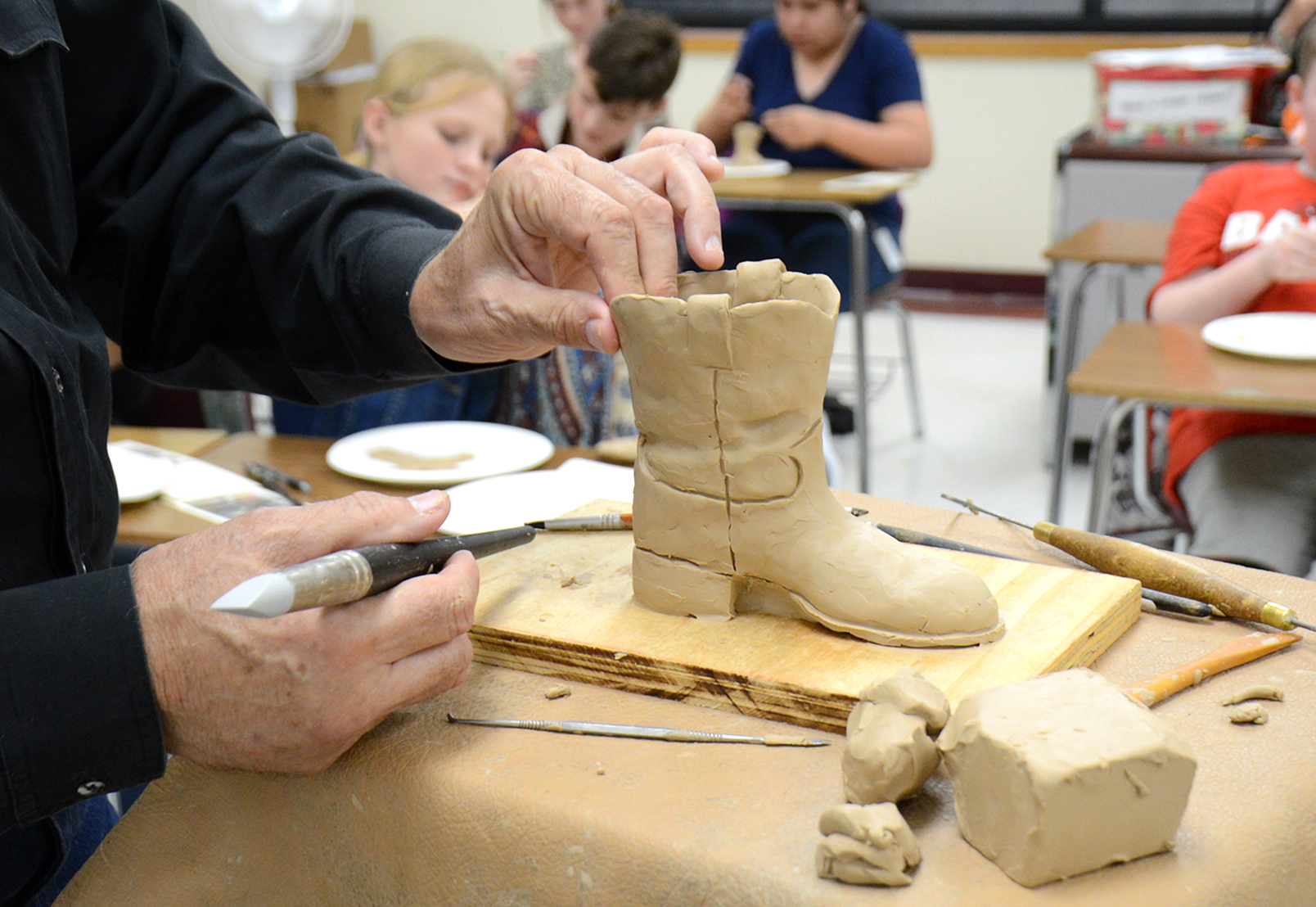 Bringing Art To The Country 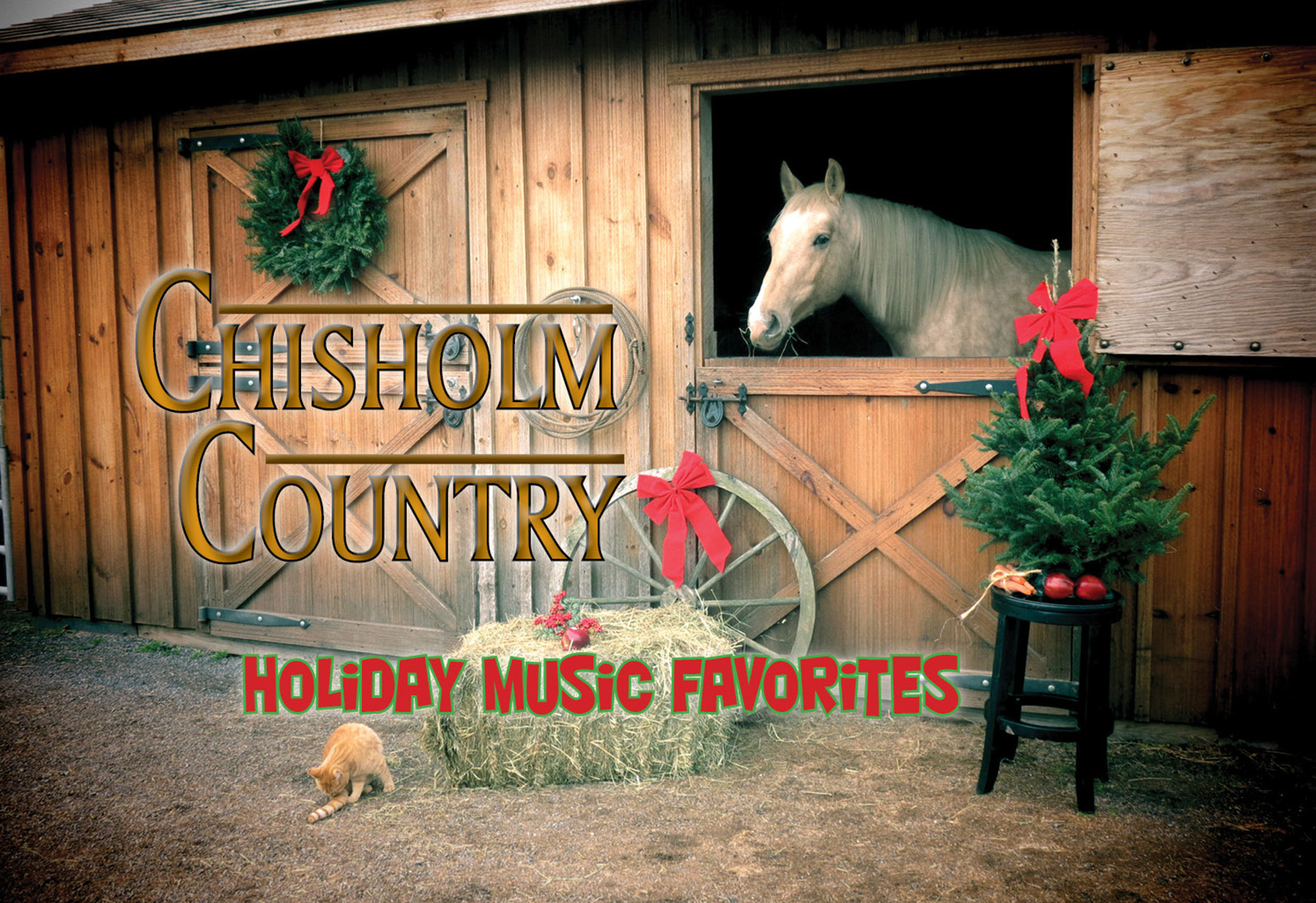