MUSTANG VALLEY – It usually starts when fall gourds start showing up at the stores – a pumpkin parler spontaneously occurs at the intersection between County Road 4100 and 4125.

Since 2016, local residents Gris Griswold and his wife Bobbye have followed the Jack-O-Lantern jive that takes place.

“They’re at it again,” Gris said about the pumpkins showing up in the fall.

Nobody knows for sure how the pumpkins show up, but you can only imagine the conversation they are having.

This year, the weather is probably part of the chatter – how it is so unseasonably warm.

Loretta is very concerned though, she’s already looking worse for wear, and a sharp freeze will surely kill her off. Little Ben, bless his heart, has been chewed on by rodents, and his seeds are visible – it’s not looking good for him either.

Besides being concerned about their compadres’ condition, others are very worried about those two white strange-looking gourds at the south end. They’re cute, but just not conventional.

“Do you know who they are?” judgmental Ida asks. “It’s bad enough we have to put up with Tabitha, but all this modern, colorful stuff is just too much to take.”

Tabitha by the way, is a very classy, bespangled witch, who in no way wants to be compared to her plain jane potion partner Ida.

Ida is one to talk though - she hasn’t fixed her running make up in days. Being a Halloween pumpkin, Jim Bob at the north end knows better than to chime in, and is staying schtum, and away from the controversy. He just doesn’t get what all the fuss is about, because everybody gets along fine with Kermit and Miss Piggy, who aren’t the conventional orange either.

Hiding out at the intersection, the turkey survived Thanksgiving, avoiding ending up on someone’s dinner table. Little does he know he’s not a real turkey, just a cute painted one on a pumpkin.

With a shortage of pumpkins in the stores, it will be hard to keep the pumpkin conversation going through the winter. Where and when will it end? What weather conditions will end up collapsing the cute plump orange squashes?

What we do know is, they will slowly implode and wither away into the caliche or be disposed of, to eventually make way for spring wild flowers. In the meantime, the straw figure trio on the West corner keep a close eye on their seasonal neighbors across the street following all this banter and goings on. 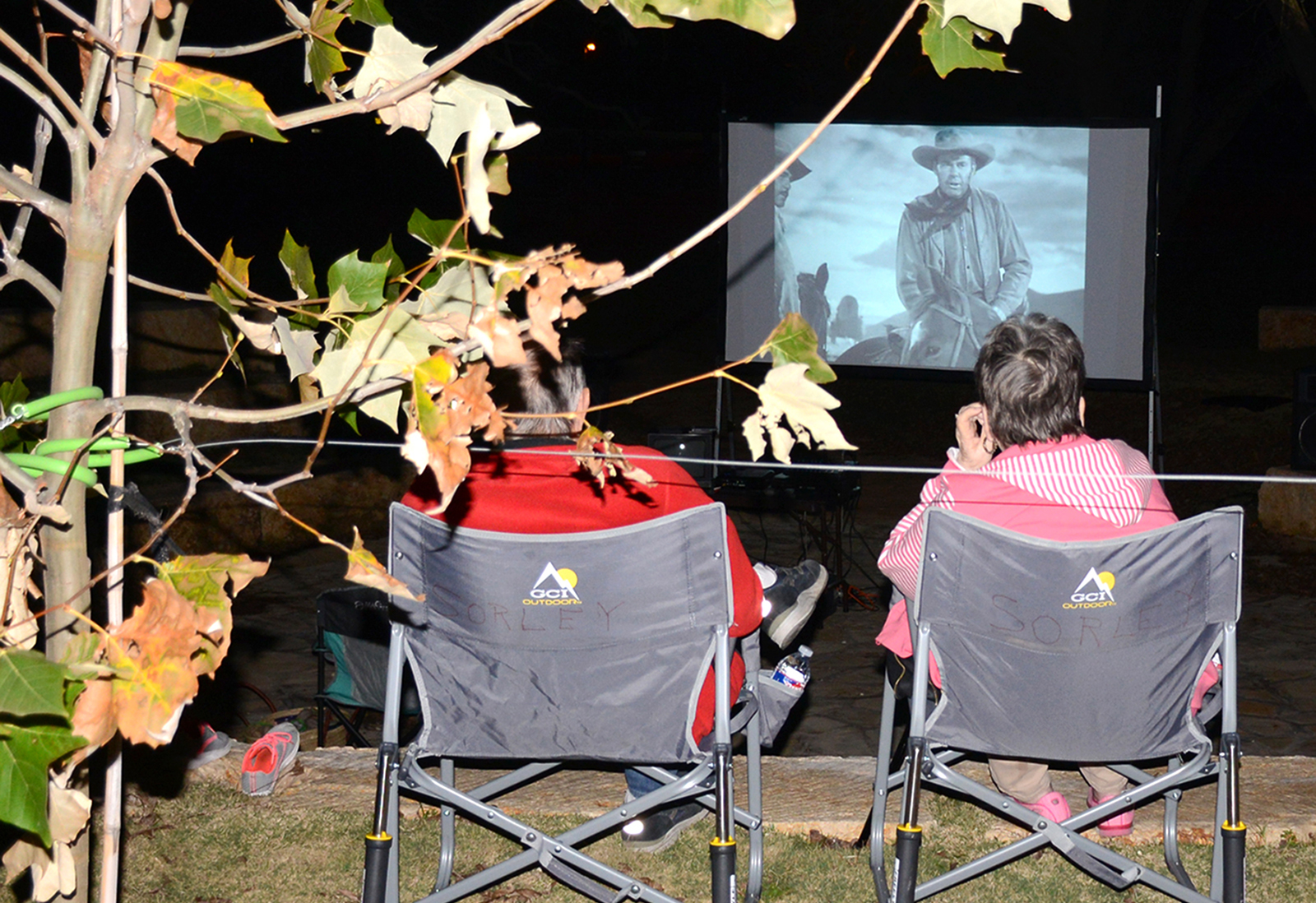