CLIFTON – With the City of Clifton being recognized as “one of the 100 best rural art communities in the nation,” the Bosque Arts Center plays an integral part in that distinction. Chartered in 1981, this year marks the 40th anniversary of the acclaimed Bosque County non-profit cultural center.

Since the establishment of the BAC, the annual Big Event fundraiser has helped in raising the operating costs for the in the former Clifton Lutheran College building. With the Big Event celebrating its 40th anniversary as well, the arts center could not exist without the support of its generous patrons and fans.

Forty years represents a significant milestone worth celebrating in a big way. And this year’s Big Event was two days of fun fundraising activities preceded by an e-auction and culminating with a more formal affair called the Stetson Ball Saturday night.

Many were moved by the BAC history presented by Bryan Davis and Joyce Jones – both who have been active members of the BAC since its inception when it was known at the Bosque County Conservatory of Fine Arts. Steven Schmidt and Rick Lundberg have been part of the BAC since 1981 as well.

“Well, let me tell you, friends. We’ve come a long, long way!” Davis said. “And it hasn’t always been easy.  But it’s always been fun. And what an amazing place we’ve helped build. There’s nothing else like it. And it’s because of supporters like you that we’ve been doing this for a remarkable forty years. It’s the success of these Big Events that keep the doors open.”

Davis explained what the first Big Event looked like. In the program that was billed as “An Introduction to the Possibilities of the Bosque County Conservatory of Fine Arts” an estimated 1,500 people wandered through the Arts Center on a Sunday afternoon to rooms holding an exhibit or a demonstration of things to come.” that day, and then many ended up here for that first live auction.

The live auction was held in the space that now holds the Tin Building Theater, but there was no ceiling, no heating or air conditioning, and no stage. And very inconveniently, no bathrooms. When the first plays were rehearsed, the boys had a cedar break out back where the Pill Box is now and Julie said the women had a coffee can in the tool closet. And the third floor was inaccessible, because the floor was covered in two inches of pigeon excrement.

There were several pieces of art and prints. But some of the more popular auction items were a bit more down to earth, including four pounds of sausage, two loaves of homemade bread, and 18 eggs. There was also an oil change, a potted begonia, a case of Pepsi, and 50 pounds of dog food. Some 200 memberships were solicited, and the auction grossed $3,478!

One of the most important parts of the evening is the presentation of the Bosque Art Center Lifetime Achievement Award. The first was awarded twenty-five years ago, and there was no question who would be the first recipient. It would be the person most identified with the formation of the Art Center itself…Joan Spieler. But only six months later, Spieler passed away at the age of 77. By the following year, the BAC Board of Directors renamed the lifetime achievement award in her memory.

Davis gave some background information on the woman that was the driving force in the establishment of the BAC. Spieler, who was born and raised in Abilene, moved to Bosque County in 1956 when her husband was transferred here with his job. While trained as an artist, she made her living as a photographer. Spieler Gallery was located on Highway 6, across from Johnnie’s, and it became an artist’s haven for creative minds far beyond Clifton.

She put together Martin Grelle’s first one-man show in 1974 when he was only 19 years-old – Spieler could sniff out talent like a blood hound. It was her love for young people, for their encouragement and their inspiration that was behind her dream for the Arts Center. Spieler was dismayed that not a single art class was being taught in any Bosque County school, or that children had to travel great distances to see a stage play or an art exhibit.

When she learned the old Clifton Lutheran College building was being vacated, her creative mind kicked into overdrive. Her thoughts were for, and these are her words, “a total arts center, a place for all the arts under one roof, for adults and children.” Spieler never wanted credit for her role in the Arts Center. She only admitted to “knowing the right people at the right time to get things done.”

“I would say that Joan Spieler’s dream has been realized, and then some,” Davis said. “And even though Joan has been gone now for 25 years and few now remember her, that dream and vision live on every time this door is opened. And every time a young person feels inspiration to create and to dream. And our little corner of the world is made more beautiful, more meaningful, because Joan Spieler had the passion to dream big. Tonight we remember her as we renew her pledge to support and to grow that dream for generations to follow.”

Standing next to the three-tier 40th anniversary cake, Art Council member and a dear friend of Spieler’s, Joyce Jones followed Davis’ speech. She called Spieler and the BAC diamonds in the Heart of Texas, and was received with applause and standing ovation. “Bosque County doesn’t know what it has in this jewel of a place,” Jones said. “Joan would say ‘I’ll be darned – it worked’.”

Last year’s recipient of the Spieler Lifetime Achievement Award Virginia Richards had the honor of presenting the 2022 award. Richards mirrors Joan Spieler’s passion for the arts. She is past Art Center President, current Art Council President, heads the Culinary Club, and a passionate a supporter of Bosque Arts Center. “Without volunteers this building would be void of breath,” Richards said. “So tonight we honor a couple who makes the BAC a living, breathing place.”

Jimmie and Karen Hughes’ were chosen as recipients for their tireless dedication to the BAC, serving on all manner of committees since being members of the BAC since 2006. They are both continuous and active art patrons when they “caught the art bug” and began collecting art for their own enjoyment. Karen began docent volunteering in the gift shop, and went on to serve on various boards including the Art Council and using her organizational skills with events like dinners, art lectures, workshops and the Annual Bosque Art Classic.

Jimmie served on the Art Council Board in 2008 and was President Elect from 2009-2010. He carefully helps transfer the Roland Jones permanent collection to storage every year and helps hang the Bosque Art Classic Show art – he is an expert packer of the valuable cargo. The couple is also heavily involved in organizing the annual Big Event – coordinating the Friday evening activities, securing raffle items and selling raffle tickets.

“Whether it is helping with decorating for the BAC Arts of Christmas, dancing in the Scholarship Variety Show or picking up a hammer to move that painting over two inches – no job was too mundane or too vital for this couple,” Richards said. “So far they have logged over 1800 hours volunteer hours. They are a team in every sense of the word and very deserving of this recognition.”

Karin’s sister Jana and her husband Kyle Lindley had been hiding out behind stage with the band all evening, coming out as a big surprise to congratulate the awarded couple. “Oh my gosh,” Karin said. “There are so many deserving people here at the BAC that we never dreamed we would get this award. We meet so many wonderful people here.”

The two-day Big Event began with Friday night’s Casino Royale, which transformed the Tin Building Theatre into a gambling venue complete with slots, blackjack, roulette, craps, and Texas old ‘em, to be enjoyed with Monopoly style funny money. The earnings at the tables manned by Elite Casino Events were exchanged for raffle tickets that in turn were deposited in containers for an array of amazing gifts. The craps table was the most lively, but at a Blackjack table a gentleman drew four aces, and the house still won with a Queen of Spades and 10 of Hearts.

“This year’s fundraising was financially an absolute success,” BAC Board President  and Big Event Co-chair Leanne Donner said. “People were so very generous. Many people told me they really liked this year’s format with the online auction, the Chuckwagon and raffle. We still have some online signups available for the public to purchase, by contacting the BAC.”And after the official part of the evening was concluded, with a play set of classic country songs, with a spattering of Golden Oldies, Brian Barrett and his band – aptly named Judge B and the Belvidere Dabsters for the event got the dance floor filled with two-stepping couples.

And when all was said and done, the generous guests and supporters of art in all forms, the volunteers and the facility’s staff are the gems of the BAC, because without them, there would not be this jewel in Bosque County. It’s now three generations of lives made richer by the BAC treasure.

“The Big Event committee leaves me speechless at times at the level of love and commitment they have for the BAC,” Donner said. “These people are so very talented and hard working. And the artists are so giving every single year.”

Donner’s favorite Mark Twain quote is “Always give without remembering and always receive without forgetting.” She feels it embodies the patronage of the BAC. The ruby is symbolic for a 40th anniversary, as it represents an internal flame – the inner flame of a strong marriage.

In the case of the BAC, it is a marriage between art, artists, art patrons and supporters that has lasted 40 years and will keep on burning as long as the passion for the arts remains and is rekindled, generation after generation. Up and onwards to the next gems – sapphire for year 45, diamond for year 60, blue sapphire for year 65. 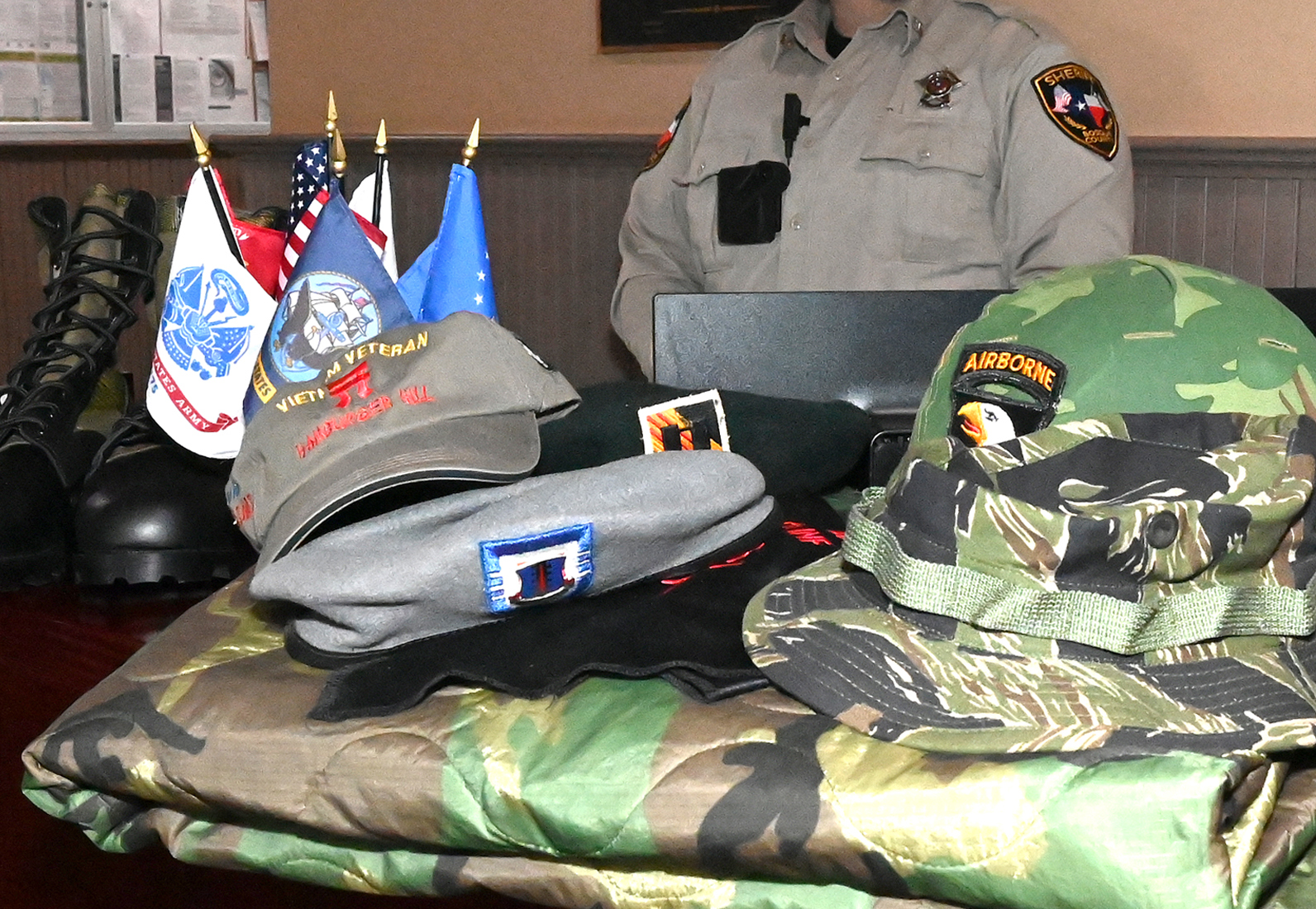 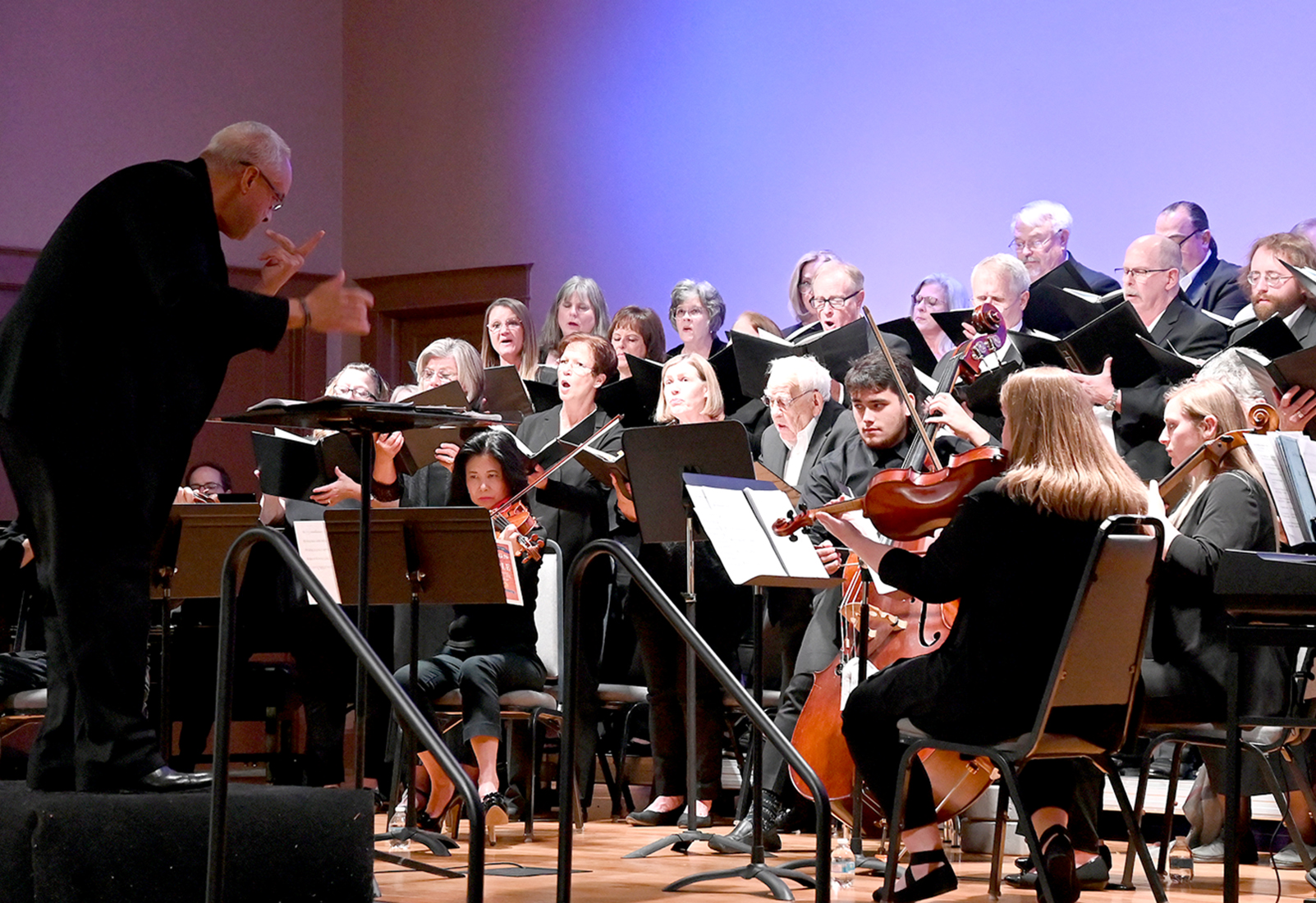