Gratitude to those who have borne the battle: Daughters of the American Revolution Bosque River Valley Chapter honor Vietnam Veterans March 29

As the Vietnam War came to an end, Hanoi released the last of its acknowledged prisoners of war and the last United States military unit left country ending the conflict for the U.S. on March 29, 1973.

Following the extraction of U.S. troops, the communists and South Vietnamese were already engaged in what journalists labeled the “postwar war.” And many people will remember the images of United States and South Vietnamese citizens being evacuated by helicopter from the roof of an apartment building when Saigon fell into North Vietnamese hands on April 29, 1975.

On signing the Vietnam War Veterans Recognition Act of 2017, President Donald Trump officially recognized March 29 as National Vietnam War Veterans Day. The United State flag is especially displayed on the day that honors not only the 9 million U.S. military men and women who served in Southeast Asian theater of operations, the day also celebrates all who served during the Vietnam War – in the period from Nov. 1, 1955 to May 15, 1975 – both at home and abroad and their families. They answered the nation’s call and served with distinction.

Since the launch of the 50th anniversary of the Vietnam War Commemoration in 2012, the Daughters of the American Revolution has been a committed commemorative partner, vowing to meet the primary objective to “Thank and honor Vietnam veterans and their families for their service and sacrifice, with distinct recognition of former prisoners of war and families of those still listed as missing in action.”

“For me, being a commemorative partner has been one of the most rewarding things we are doing with our chapter,” Bosque River Valley Chapter DAR Chaplain Sue Fielden said in her welcome to Vietnam Veterans, their friends and families at the Bosque County Courthouse Commissioners Courtroom March 29.

It is still painful to hear a Vietnam Veteran remember the protests and hateful actions they encountered on returning home 50 years ago. As a partner organization, the DAR are representatives of a grateful nation. With their receptions, displays and other events, they are turning back the pages of history and righting a wrong for these veterans and families by simply saying “welcome home,” “thank you for your service and sacrifice.”

The event was packed with items honoring Vietnam Veterans, and showing gratitude for their and their family’s sacrifices during the Vietnam era. The courthouse bailiff Bosque County Sheriff’s Office Deputy William Hutchison’s honored his father Gail Hutchison who served in the 101st Airborne in Vietnam at Hamburger Hill, with a display of fatigues, beret, scarf, combat boots, a combat helmet and the military division flags.

Considering talking to veterans is one of his high honors, Texas House of Representatives for District 58 DeWayne Burns said in his speech. He showed those present one of his most prized possessions, especially now his dad Mike D. Burns has passed away - a display case of his father’s medals after serving in Vietnam. It is one of the things, along with photos, Burns would try to rescue out of the house in case of a calamity.

Burns recalled conversations with his dad about his tour of duty in Vietnam. His dad would proudly say “I was in the biggest gang in the whole world – the U.S. Army” and “My Senior Trip was two years long! It was to Vietnam.”

Burns also recalled as an eighth grader making a rubbing of a close cousin’s name on the Vietnam Veterans Memorial Wall in Washington D.C. Billy Jean Wade was one of the 58,279 names of service members whose deaths were a result of the war.

“I didn’t even understand what I was doing as a young eighth grader and what that meant to them,” Burns said about bringing the rubbing back to Wade’s parents. But they posted their only child’s name in a prominent spot in their house, until they both passed.

“I got to go back with Dad about 13 years ago,” Burns said. “On a cold rainy night in Washington he did a rubbing and we shared a moment and I’ll never forget that.”

But strange coincidence has it that there is another Mike D. Burns.

“My dad thought it was hilarious and so did the other Mike D. Burns, who lives right here in Bosque County,” Burns said.  Burns met with the Bosque County author Mike D. Burns at a Veterans Day ceremony, and spoke with him about the three books he wrote on his time in Vietnam.

In a letter to Rep. Burns, the Vietnam Veteran opened up on why he wrote his books – “To bring a little positive attention their way to their friends and neighbors, so they would read about them.”

Before a book signing at the local Ace Hardware store, Mike was concerned not many people would show up because of the shroud that rests on the Vietnam War and the role the U.S. played in it which cost so many young men their lives. As it turned out the response was overwhelming and he signed books for three hours straight without a break, as the parking lot was filled with people just to get an autograph from a Vietnam veteran. Mike blown away by the attention he received, wept when he came home when he realized what had just happened.

“In part, it was for myself, being humbled by the fact that God had allowed me to play a role in something that meant so much to my friends and brothers,” Mike said in the letter to Burns.

Mike passed away two years ago, but his widow Valerie was present at the Vietnam Veterans tribute. She said that even after all these years, the positive attention and caring helps the healing process and lessens the pain of the betrayal many Vietnam soldiers felt. She is in the process of getting her late husband’s books reprinted.

Burns went on to read John 15:12-13 – “This is my commandment, that you love one another as I have loved you. Greater love has no one than this, that someone lay down his life for his friends.”

According to Burns, this sums up the heart and mind of the U.S. soldier.

He went on to read his personal definition of a hero: “A hero is a person who builds faith in others that provides a foundation for success, that teaches, that puts words into action, that leave no doubt that they love you, is selfless even among the selfish, that does the jobs that nobody else can do or will do, that seeks the betterment of others; that keeps his or her word. A hero glorifies God, draws people into his Kingdom, to have an uncanny patience to deal with the failure of others yet know the importance of accountability in helping others grow. A hero knows and demonstrates that God is greater than the things of this world. A hero prays sincerely for others. A hero holds the ladder for others. A hero reflects Christ.”

Vietnam Veteran Ron Johnson added that “heroes are those we lost in the battlefield,” and he felt the Bosque Valley DAR unsung heroes for their appreciation and for their caring about Vietnam veterans over the years.

Debbie Stubbs was in the courtroom representing over 10,000 Quilts of Valor members and volunteers across the nation. She was happy to award an exquisite red, white and blue quilt she had pieced and quilted herself for retired Lieutenant Colonel Bob Flood, who served in both the U.S. Marine Corp and Army during the Vietnam War, the Persian Gulf War, the Cold War and Operation Enduring Freedom from 1966 – 2004.

“Our mission is to cover service members and veterans touched by war with comforting and healing Quilts of Valor,” Stubbs said. This quilt is an expression of gratitude meant to thank and comfort you. We can never know your sacrifice while keeping us safe.”

The “Quilts of Valor” movement was started in 2003 by Catherine Roberts, whose son had been deployed to Iraq. Since then almost 300,000 Quilts of Valor have been awarded.

“It is my passion and my mom would be proud of me,” Stubbs said of her mission to cloak former service men and women with a quilt. Each quilt is a little different; some quilts were made in collaboration with others. In the process, Stubbs makes dear friends of the men and women she has made quilts of valor for – 48 in total now.

Larry Betik, Jose Cano Jr, Ronald Johnson, Donnie Slatten who were present at the event have all been wrapped in one of Stubbs’ quilts. It is her regret that one quilt was not finished in time for the recipient Don Blue to receive it personally, but it rests with him at the Arlington cemetery.

As an official part of the ceremony, Bosque County Judge Cindy Vanlandingham signed a proclamation naming March 29, 2022 Vietnam Veterans Day in Bosque County. Also present was Andrea Wallum, Project Coordinator of the Bosque County Veterans Memorial, which is planned at the Highway 6 and Highway 22 intersection, by the flagpoles. Information about the organization and group can be found on their Facebook page: https://www.facebook.com/groups/373143167458527

The organization is currently heading up a fundraiser with Bricks R Us. Donations will create a brick pavement with engraved bricks honoring veterans leading to and surrounding six monoliths, representing the military branches. Please visit: https://bricksrus.com/donorsite/bcvm if you are interested in this meaningful project. For those wanting to make donations outside of the Bricks R Us Fundraiser, there is also a bank account at the First National Bank, Meridian set up for the Bosque County Veterans Memorial as well as P.O. Box 19, Meridian, TX 76665.

It was a day to celebrate the service, valor and sacrifice of a generation, to say “Welcome Home” those who made it back and keep the candle lit for those who did not return. According to the Defense Prisoner Of War/Missing In Action Accounting Agency (DPAA), nearly 1,600 service members remain unaccounted-for from the Vietnam War.

For Donnie Slatten “coming back home and bringing your brothers home with you” was most important to him. He shared that in Bosque County he finally felt the gratitude for Vietnam veterans he had been missing. 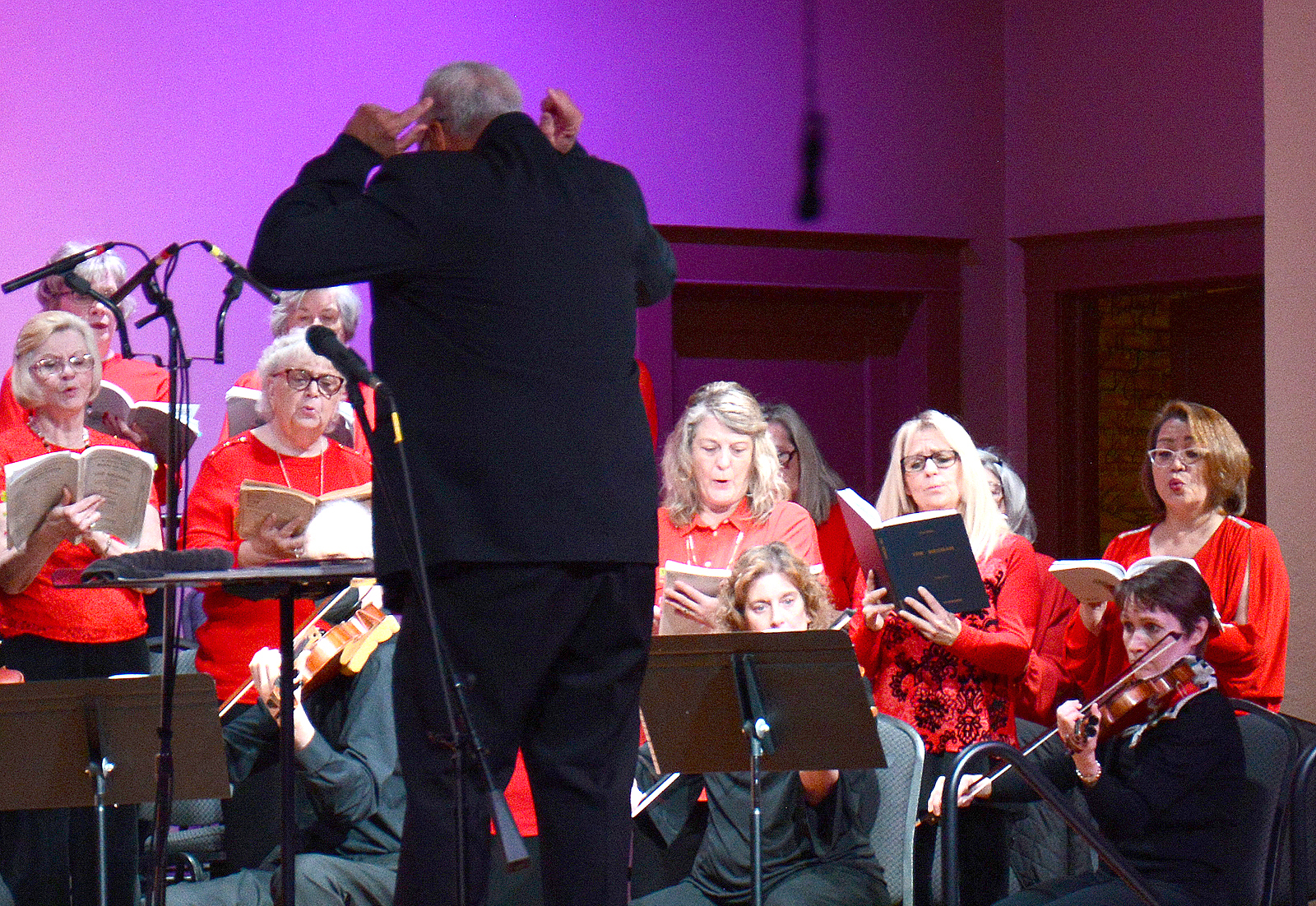 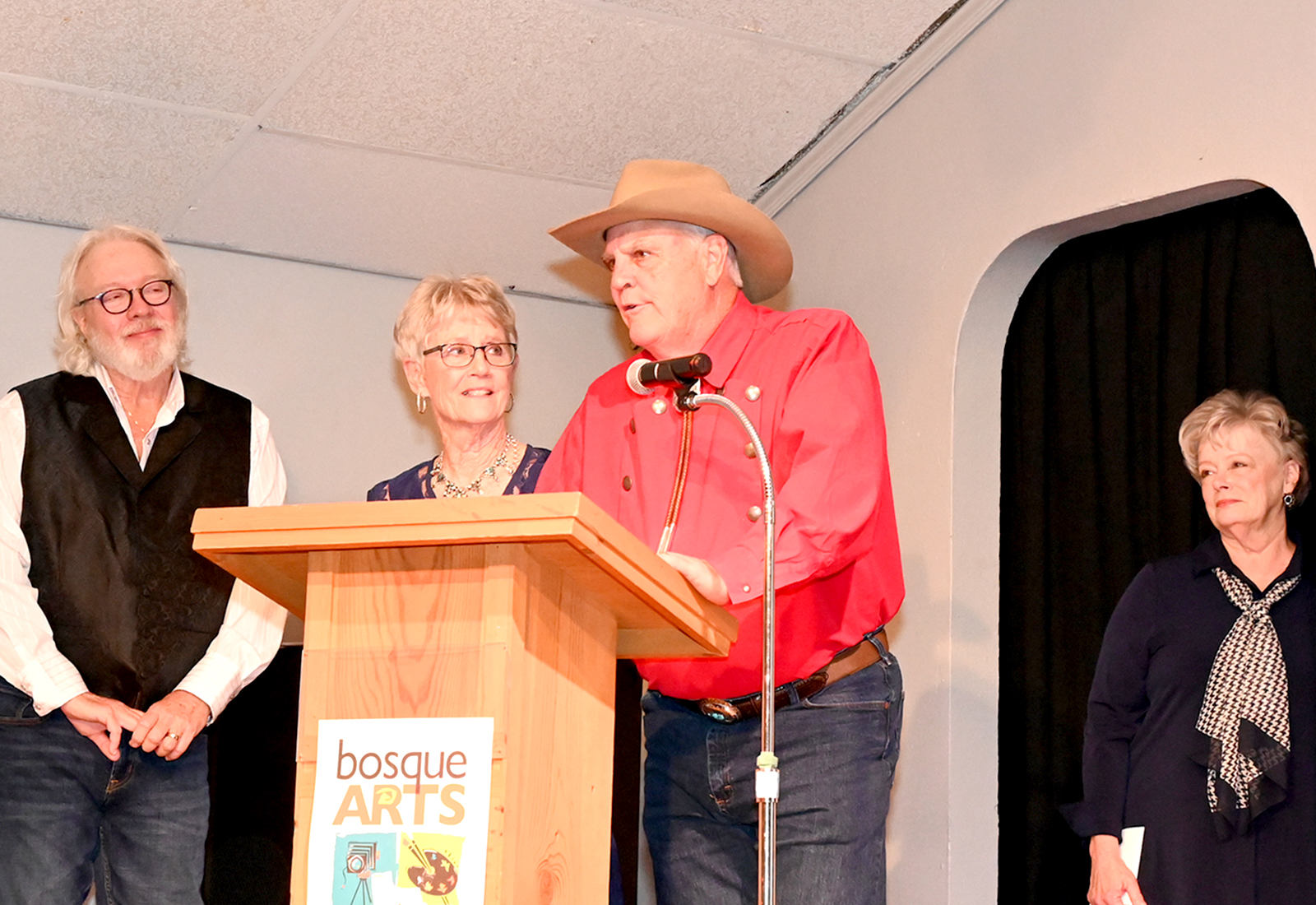