Home›Events›The Good, The Best & The Funny

The Good, The Best & The Funny

Hosted in the hometown of “Brushy Bill” Roberts, the Billy The Kid Film Festival remains dedicated to supporting film, filmmakers, and film education through an annual event on the first weekend in November in Hico.

Roberts, who lived in Hico and claimed to be "Billy The Kid" up until his death in 1950, the mission of the 501(c)3 nonprofit organization is to celebrate film makers from all over the world, while giving local film makers and residents a place to come together and appreciate the art of making movies – and to push the boundaries a bit; to be a bit of an outlaw when it comes to conventions.

“In our fourth year, the Billy The Kid Film Festival kept the momentum going for our celebration of movies in Texas’ Hill Country,” Festival Directors Philip Vasquez and Luci DiGiorgio said. “Having our film festival debut the Pine Moore Studios Award, which comes with a free day’s film shoot at their legendary Western Town location, and the first Ruth Buzzi Comedy Award, points both to the legacy our film festival is already creating, and our continued promotion and support of future film work created by our alumni.”

Working in collaboration with the Billy The Kid Film Festival, the Bosque Film Society – of which Vasquez and Digiorgio are members – hosted a red carpet event Nov. 20 which was free to the public. Nearly 100 people watched a selection of the winners, including the documentary feature “Un-Tyed: Building Rosie,” with legendary professional rodeo cowboy Ty Murray. Murray, his wife Paige and daughter Oakley, and director Luke Linderman offering background information on the making of the movie and graciously answering the audience’s questions after the screening.

“We are excited and honored to become partners with the Billy The Kid Film Festival,” Bosque Film Society founding board president Brett Voss said. “When we established the film society in 2020, this is the type of event we all dreamed of hosting. And the Cliftex represents the perfect kind of venue for these award-winning filmmakers to get to see their film on the silver screen.”

This year’s Filmmaker Awards Party celebrated Pine Moore Studios, the popular western movie set and stages in Blanco. Founder and owner Dennis Moore and his daughter Amanda expressed their appreciation and presented the first Pine Moore Studios Award, which went to Arik Hess’ “Big Iron.” The evening also included Ruth Buzzi’s husband, Kent Perkins to present the first Ruth Buzzi Comedy Award and pass along Buzzi’s well wishes. She has been an ambassador for the Billy the Kid Film Festival since its inception. The award went to Lisa Belcher for her short film “Terminator: Bad Judgement Day.”

As the featured film at the Bosque Film Society Showcase event, the documentary “Un-Tyed: Building Rosie,” shows Murray training a Clydesdale draft horse to be a ranch horse without breaking its spirit. Paige Murray will accompany her husband, quite the celebrity in her own right with the food blog “Boots and Biscuits,” who also serves as a regular celebrity judge at the annual Bacon Bash in Cranfills Gap.

“I help organize film festivals around the country, and this is a very special venue to show the winning films,” said BTKFF organizer John Wildman of the beautifully-restored and historic Cliftex, the longest continually running movie theatre in Texas, showing films on the silver screen since 1916. “This is what you dream about, to have your movie on the big screen in an old theater like this.”

The Cliftex showcase also included “Big Iron,” a classic-styled western headlining the block of short films at the showcase; the 2022 Ruth Buzzi Comedy Award and People’s Choice Award winner “Terminator: Bad Judgement Day” by Lisa Belcher and Jump Rock Pictures – a re-imagining how future soldier Kyle Reese goes about handling his one job of protecting Sarah Conner, his commanding officer finds out how hard that can be. The Billy The Kid Film Festival Best Narrative Short “Powerless,” Best Music Video “Just an Old Barn,” and Best Foreign Film “Kill Them All and Don’t Come Back Alone,” completed the block of short films running prior to the feature presentation.

As one of the short films selected by the Billy The Kid Film Festival, the audience also had a chance to see public premiere of Bosque Film Society’s short thriller “Gal Manns Skrik: Mad Man’s Scream,” directed by E Brett Voss and J Matt Wallace. Inspired by Edvard Munch’s 1893 masterpiece The Scream, the BFS short film employs a uniquely original concept and narrative mashup re-imagining iconic scenes from legendary thrillers from The Shining, Night of the Living Dead, Psycho, Rosemary's Baby, Silence of the Lambs and Scream. Produced without a budget or professional actors, the thriller short has been winning awards at film festivals nationally and internationally.

Kill Them All and Don’t Come Back, Director Enrique Novials 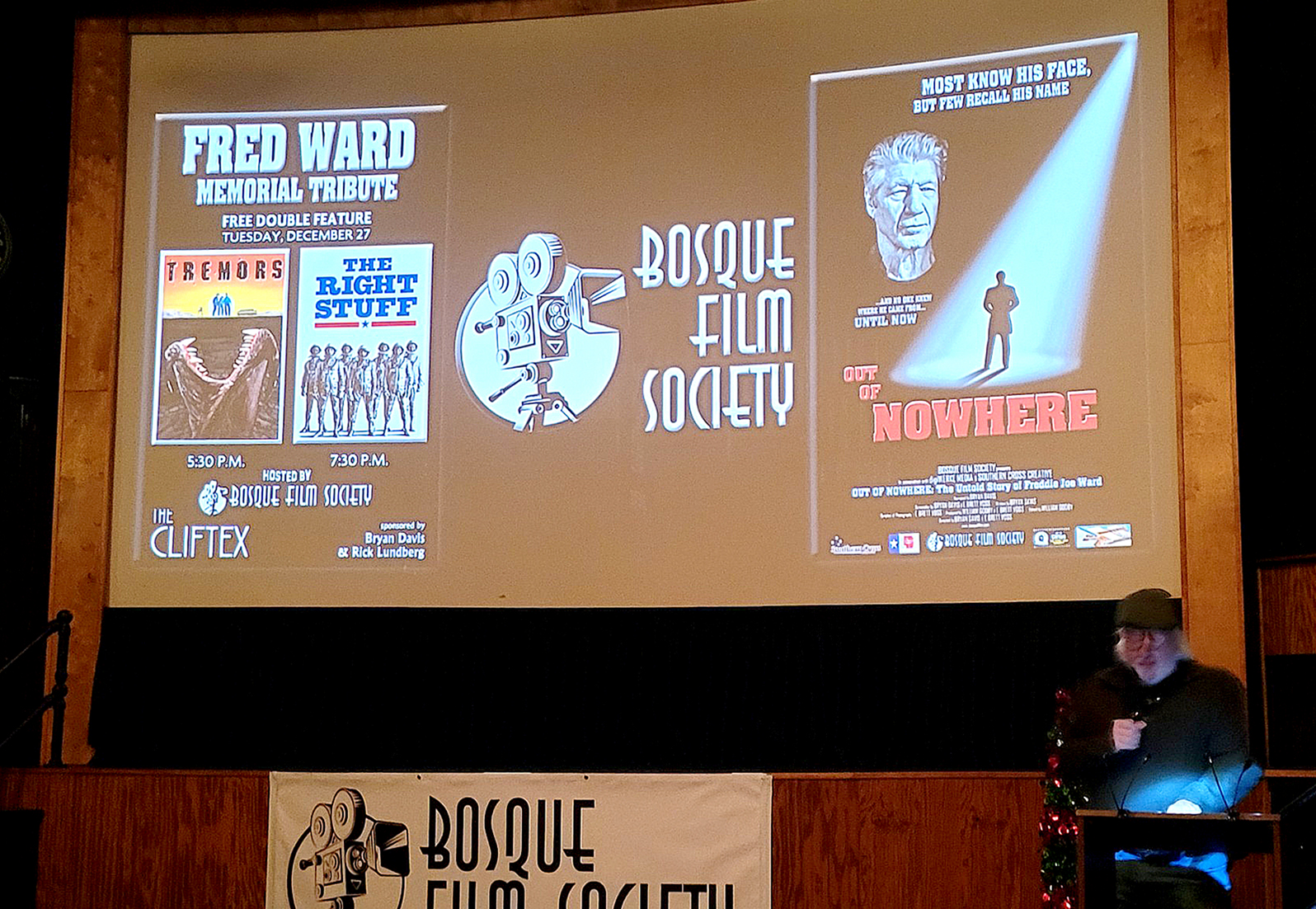 The Face With No Name 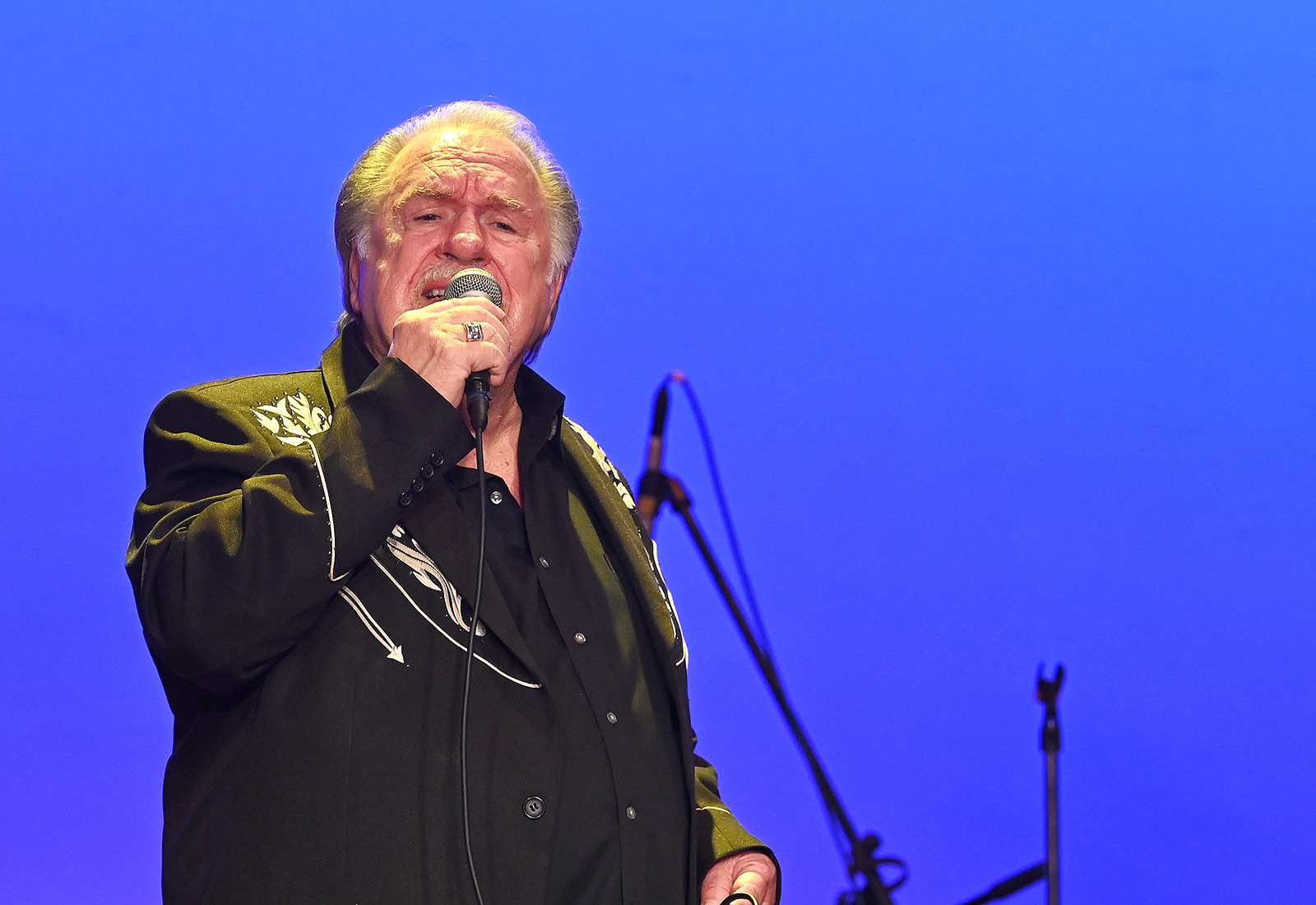 Best Of The Best