Best Of The Best

When word got out that legendary Texas Country Music Hall of Fame artist and Grand Ole Opry inductee Gene Watson and his Farewell Party Band were coming to the Bosque Arts Center Saturday, Jan. 21 the BAC kept adding general admission seats to accommodate the demand. Sure, it might be a slow time in the social calendar, but still, it was exceptional to see the Tin Building Theater at the Bosque Arts Center brimming over with so many loyal fans.

After the 2022 Texas Troubadour People’s Choice winner Kris Tiscareno opened the show, the evening proved to be a true “The Best Of The Best” starting off with Watson’s slow song about a cheating couple “Between This Time and the Next Time,” followed by an upbeat “Raising Cane in Texas.” All in all, the audience were treated to a toe-tapping, head-bopping 17-song playlist, that included other hits like “Love in the Hot Afternoon,” “Fourteen Carat Mind,” and “Farewell Party.” And along the way, Watson, along with lead guitarist and band leader Chad Phillips, were a veritable comedy routine, dropping names of the songwriters and performers they worked with over the impressive span of Watson’s 60-year career.

In his career spanning six decades, Watson has amassed 34 studio albums, scored over 72 charted songs, including 23 Top 10s and six No. 1 hits. With that resume, Watson represents one of country music’s best ballad singers in the same league as country icons George Jones, Merle Haggard, Ray Price and others who are the standard bearers for honest, traditional “real” country music.

Speaking of loyal fans, half way through the show, band leader Phillips recognized Linda Thiele – because apparently, she had told her treating physician in the hospital that “you either let me out or I’m breaking out, ‘cos I’m going to see Gene Watson.” Likewise, Sherry and Larry Schulze, as well as Janice and Robert Merchant, love to dance to this “good ‘ol country music.” Over the years, the Merchants like to go to his shows whenever he is in the area.

“We love country music, always have,” Betty Townsend said. “We love Gene Watson. He is part of our past from 50 years ago, when we saw him at the Hippodrome. Now, it’s great to be able to enjoy it so close to home.” Townsend was accompanied by her husband Bart and her Aunt Margie Fulton who lives at the Lutheran Sunset Ministries Rainbow Village, which makes it easy for her to come to her beloved Country Western Music shows at the BAC.

While they were less familiar with his music in the 1970s and 1980s, Gene and Ginger Albrecht loved Watson’s show when he came to the BAC in 2018, and decided to make Saturday a date night and enjoy the music.

A singer’s singer, with his octave-jumping range, smooth tone and twangy country voice, Watson’s delivery has changed a bit from when he first recorded hit songs in the 1970s and 1980s, but has lost nothing of the country charm his fans love. With his 79 years, Watson like to sit down for a bit after hitting those high notes.

Watson and his five-piece band did not disappoint, and a good pedal steel guitar always defines the genre as does the two-stepping rhythms and the descriptive lyrics about love, attraction and infidelity. Playing with Watson for the past 18 years, drummer Todd Hines, together with bass player Staley Rogers, keep the band’s heart beat perfectly. Rogers has been with Watson for the past 26 years. Newest band members are Boo Miller playing a Emmons ReSound ’65 steel guitar in stellar fashion, and piano player DeWayne Rice, who can play in the style the late piano legend Pig Robbins, rounded up the great band.

Working towards the finale of the show, the band was cooking with a honky tonky “I’ll Find it Where I Can,” only to slow it down again with a request – the beautiful “Change her Mind.”

With his first single with the independent Sun Valley Records, “If It Was That Easy,” Watson began his professional career in 1962.

“I didn’t know what I was doing,” Watson said, remembering himself as a 19-year-old. “I think maybe I was dreaming a little bit. Who knows what’s going through your mind back then? I was playing nightclubs here and there and decided it might be good if I could record a song.

Watson did not think the song was very good, but it was something – he had his own record. Born in Palestine in 1943, Watson was singing in holiness churches with his family at an early age.

“I can remember singing as far back as I can remember talking,” Watson said. “Singing was something that was not out of the ordinary for me. It wasn’t unique. My whole family were singers.”

While one of the evening’s songs was “Don’t Waste it on the Blues,” Watson’s latest album “Outside the Box,” which was released in Sept. 2022, includes some songs influenced by the blues, mixing in some of his heritage, like “If I had Any Pride Left at All.” His father played blues harmonica and guitar alongside African-American field laborers. And Watson grew up loving both bluesman Jimmy Reed and honky-tonk king Lefty Frizzell. But with Watson’s twang, the steel guitar and fiddle, the album remains 100 percent country.

Watson worked from the time he was six, working in the fields to age 12, when he’d jump off the school bus to work at the local salvage yard. His earliest public country performance came when he was just 12 years old. He dropped out of high school to work fulltime. In his late teens, he supported his family by doing auto body repair. So, by day, he worked on cars, and at night, he sang in clubs.

The song “Hi-Heeled Sneakers” was also little detour from an evening of country music, but was an example of the music Watson played together with his brother Jesse way back in beginning of his performing. After touring bars and honky-tonks in Texas, finally in 1974, Watson’s steamy waltz “Love in the Hot Afternoon” caught the ear of Capitol Records. At the time, he was an auto-body repairman, and the featured performer at Houston’s Dynasty nightclub. In early 1975, it became Watson’s first Top 10 hits

Watson and his band are actively touring with two-three gigs a week all over the southern U.S., carrying the flag for traditional Country music. This past weekend, they had three sold-out shows in a row in Texas.

“I know I’ve said this before,” Watson said on his social media. “But it warms my heart to see so many folks still wanting to hear some real country music, and I hope that will always be so.

“I think a lot of it is because there’s not too much of what I do around anymore,” Watson said of his continued success in his nearly 60-year career. “I think there is still such a hunger out there for traditional country music. So, I’d like to stay out there as long as I’m able to do the job and do it well.”

Fellow musician Glenn Pfeiffer first heard Watson in 1972 with his indie release “Paper Rosie,” a song that was played on every jukebox in every joint he frequented. He had heard Watson at the BAC in 2018, and his voice is still as strong, and the band succeeded in getting the mix to sound like the recordings.

“You can count on them to give a good show,” Pfeiffer said.

“Every time I step out on that stage and see that audience, it’s a new beginning,” Watson said. “Even though I’ve sung these songs millions of times, I look at each one like it’s brand new to me. Every night, I try to deliver that song the best that I can.”

And deliver they did, making this the best time “til the next time that we meet.”

©2023 Southern Cross Creative, LLP. All rights reserved. This material may not be published, broadcast, rewritten, or redistributed. 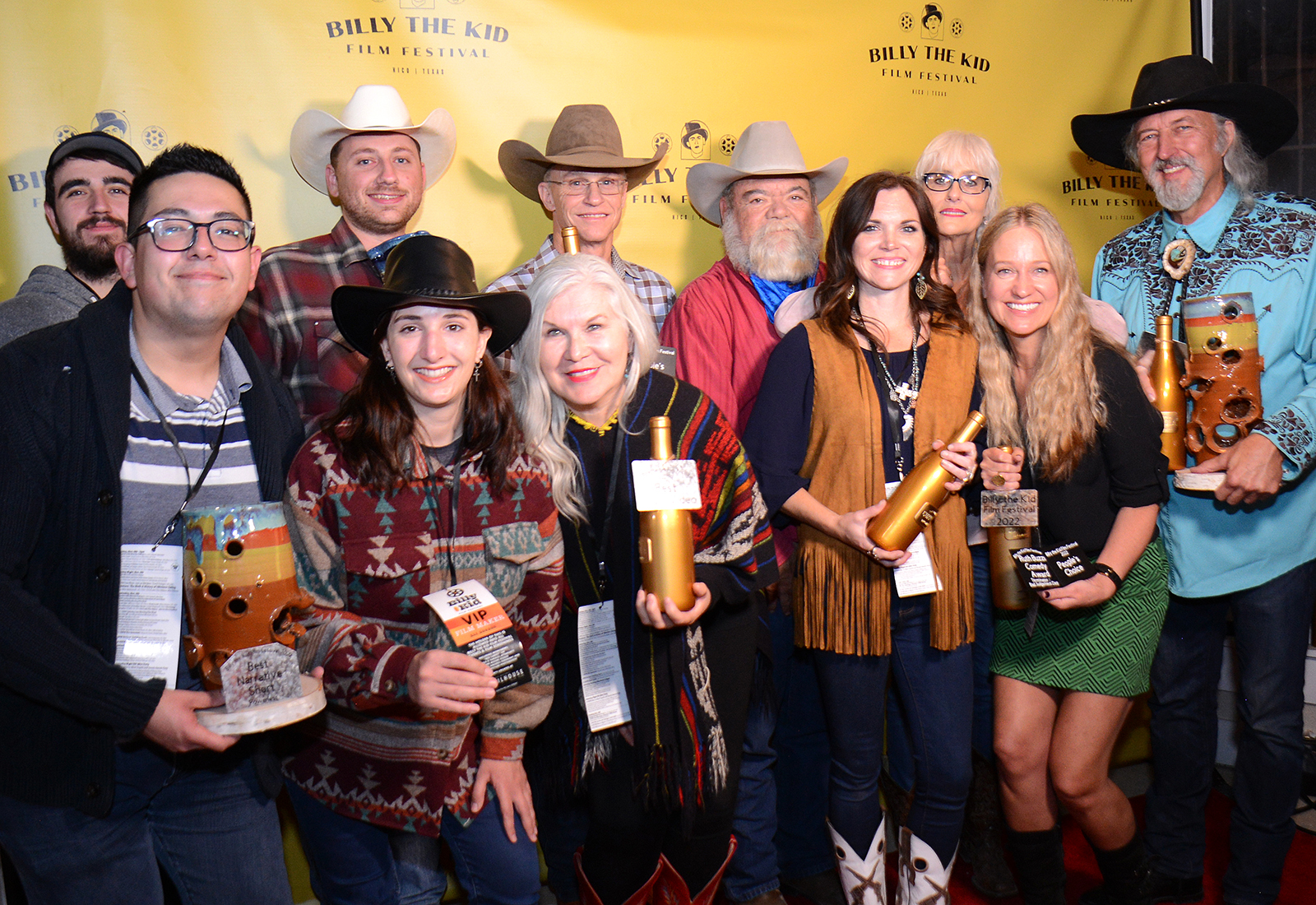 The Good, The Best & The Funny 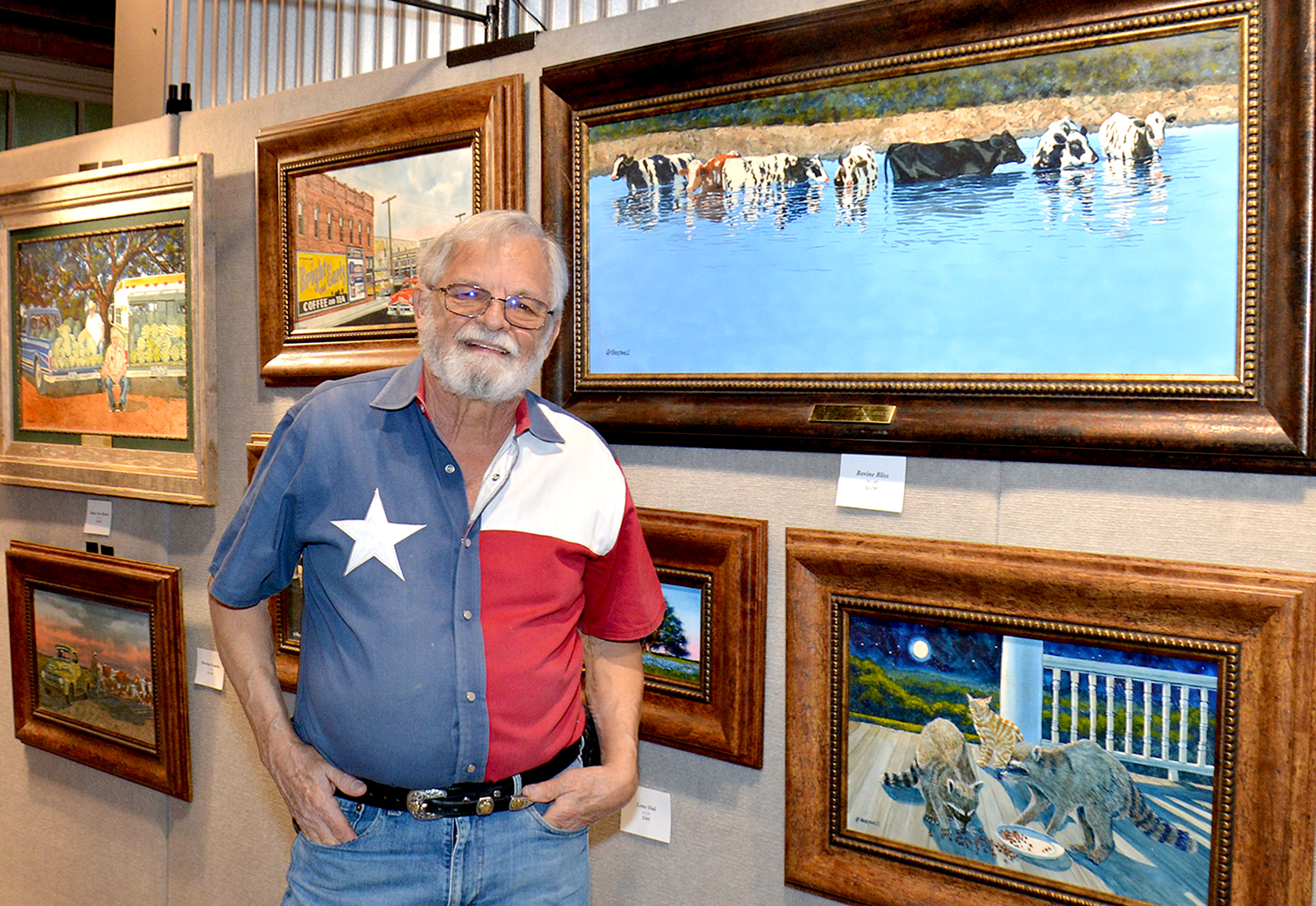 Texas In His Windshield