Celebrating its 167th anniversary, historian Ruth Crawford shares the story of how Bosque County came to have its own county flag

MERIDIAN – Flying the country’s colors is a proud moment for an American. Flying the Lone Star flag fills Texans with extra patriotic pride. And being a Bosque County citizen, there is one more flag that awaken feelings of “home” and civic pride – the Bosque County red white and blue.

Webster dictionary gives the definition of a flag as “a piece of cloth of distinctive design used as a symbol, signal or decoration.” But referring to a flag as simply a "piece of cloth” seems a bit minimalizing and understated, considering that a flag can evoke so many different emotions in as many different people. What a flag means to you or your neighbor can mean such varying emotions as the stars in the sky. A flag can illicit strong patriotism or total distain, as we have all witnessed lately.

When I see the American flag, I don’t think of our government or our economic wealth; I think of all those average citizens who have gone through difficulties to bring us to the place we are today. When I see that glorious Lone Star flying in the breeze I am reminded of the fierce independence of those that have fought and settled this great state.

Any courthouse in Texas is graced by these two symbols; however some counties have gone a step further and added a symbol of their own people. If you visit County Flags of Texas website you can see all fifty-five symbols of counties in Texas. Many are very creative in representing their history; some are evocative, such as Goliad County. Municipalities are also represented by flags.

In my humble opinion most of these flags pale in comparison to Bosque County’s flag. For me personally it conjures up visions of the Rangers who fought Indians and surveyed the rugged terrain and beautiful valleys; of pioneer settlers who found fertile plains and clear water along the Brazos and Bosque watershed; of people of different cultures and customs, uniting for the benefit of a better future for themselves and future generations. This flag is a perfect symbol for our county and it was the brain child of a Bosque County judge.

In 1983, Bosque County was blessed with a patriotic county judge with roots in Bosque County and a true love for its citizens, land and country. World War II veteran Earl W. “Pete” Page was born near Kopperl on April 3, 1920 to Earl and Mary Ruth Leslie Page. They moved to Walnut Springs where he graduated from high school. After school he moved to Dallas and worked for Timco Aircraft. He entered the US Navy in 1944 and served on the USS Lunga Point in the Pacific. He saw action in Luzon, Leyte and Iowa Jima.

After the war, he moved back to Dallas and worked mostly on ranches in the area. On May 16, 1947 he married Maxie Ruth Dawson. Maxie said she first met Pete on a blind date. She remembers he was tall and lanky with a dusty cowboy hat, jeans and boots. She told that’s how he got the name Pete-his friends called him “Cowboy Pete,” which was shortened to Pete.

Pete went to Mortuary School and became a certified mortician. Maxie’s family owned a flower shop and Pete worked at the funeral home nearby. Maxie was perfectly happy to stay urbanized, but Pete began to yearn for Bosque County and ranching. Through some horse-trading Pete acquired several acres on Steele Creek in 1958. Maxie wasn’t thrilled when she she found she would be living in a hunting cabin with no running water or indoor plumbing after finally agreeing to move with their two small children. She endured until one day she gave an ultimatum, and Pete started building their home. Pete took great pains to make the home everything that his bride wanted.

Neighbors encouraged him to run for county commissioner - he won and served twenty years. He retired to finally devote all his time to ranching. However, in 1982 people began to strongly convince him to run for county judge. He was reluctant, but finally agreed and was elected and served his county well for two years. He also served his community in many other ways, in his church and volunteer services.

Former county judge Cole Word said of this man: “He was a solid, faithful, good man, honest through and through.”

Judge Page left a beautiful legacy for the county he loved and served. At the time of the state’s Sesquicentennial Celebration he wanted to do something special to in honor of this event. He designed the county flag and worked to have it made to fly over the courthouse. He donated one the original flags to the Bosque County Collection, where it still has pride of place. This was a generous gift to the Collection and the public from Judge Page.

The Collection and the Bosque County Historical Commission, under the direction of Elizabeth Torrence, had flags made and sold to the public. In 2006, Judge Cole Word became curious about the flag and was educated by Miss Torrence. Word was so impressed by the flag’s history, he asked the commissioners to officially adopt it as the flag of Bosque County.

Our county flag has an honorable distinction that not many others can claim. In 2008, a visitor to the Collection bought a county flag, presumably to fly over his ranch headquarters. After visiting with the gentleman, he explained that this flag was going with him on his deployment in Iraq, to be flown over the base with great pride. He stated that many of the men fly state flags, but he proudly wanted to fly his county flag! I quickly gave him another and asked him to fly it also and return it to the Collection, which he happily agreed to.

Many months later, the veteran returned safely with the flag, along with an American flag and a certificate that the flag had not only flown over the base, but had flown in combat missions over Iraq and Afghanistan!

The veteran was Captain Thomas Patton, USN, from Valley Mills. He was a pilot of a Seahawk helicopter, which flew reconnaissance missions along the border of Iraq and Afghanistan. He flew with a crew of Iraqi pilot trainees. His family are early settlers of the area east of Valley Mills.

Captain Patton is a prominent surgeon in private life, as well as a helicopter pilot. He served as Squadron Flight Surgeon- Combined Joint Special Operations Aviation Component, Air Base Balad, Iraq. Captain Patton trained after medical school at Goodall-Witcher Hospital under Dr. Goodall. These items may be viewed at the Collection.

So now when you see that county flag flying, hopefully you will see it as the honorable and patriotic symbol it is meant to be for our county and not just a piece of cloth with decorations. 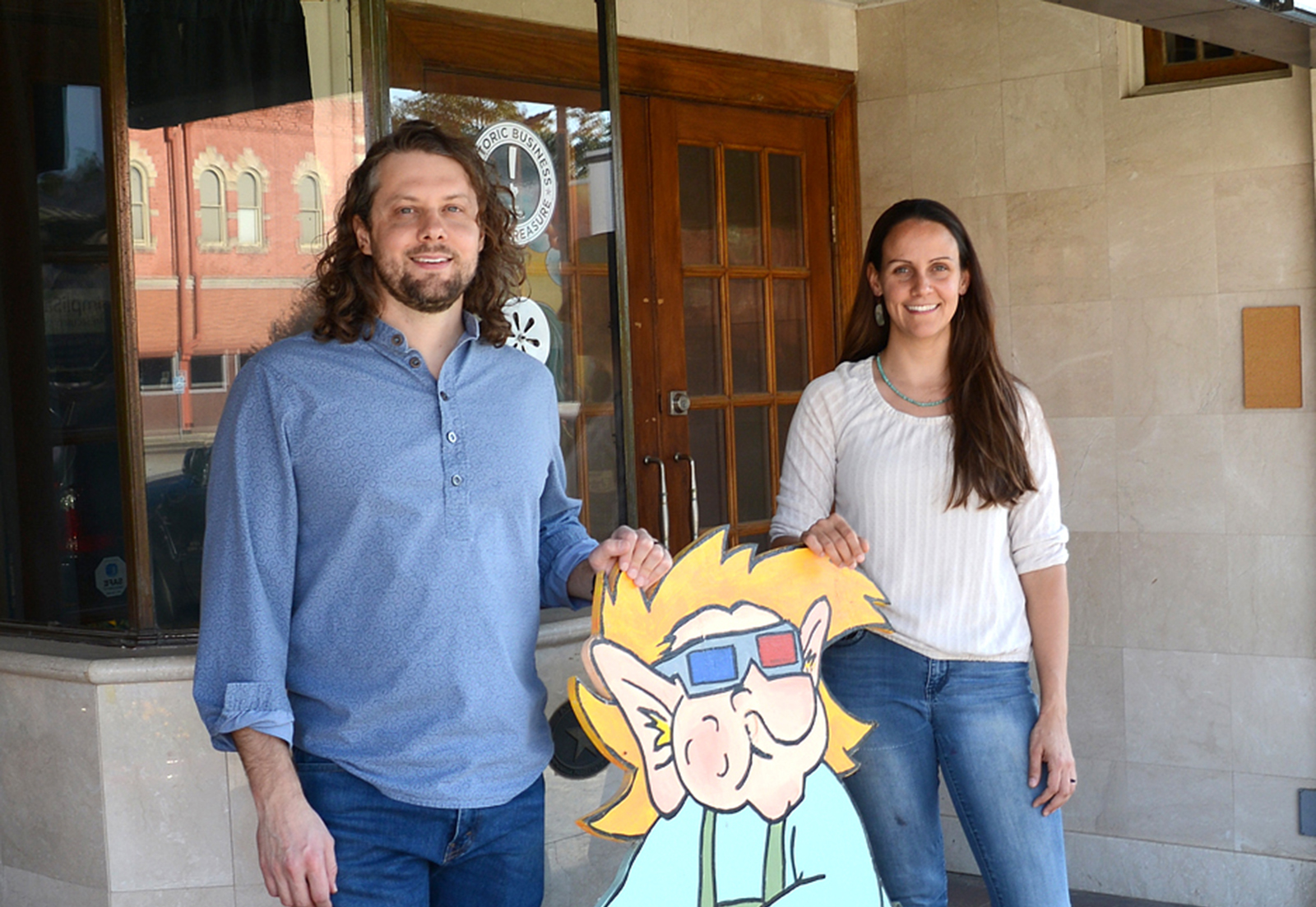 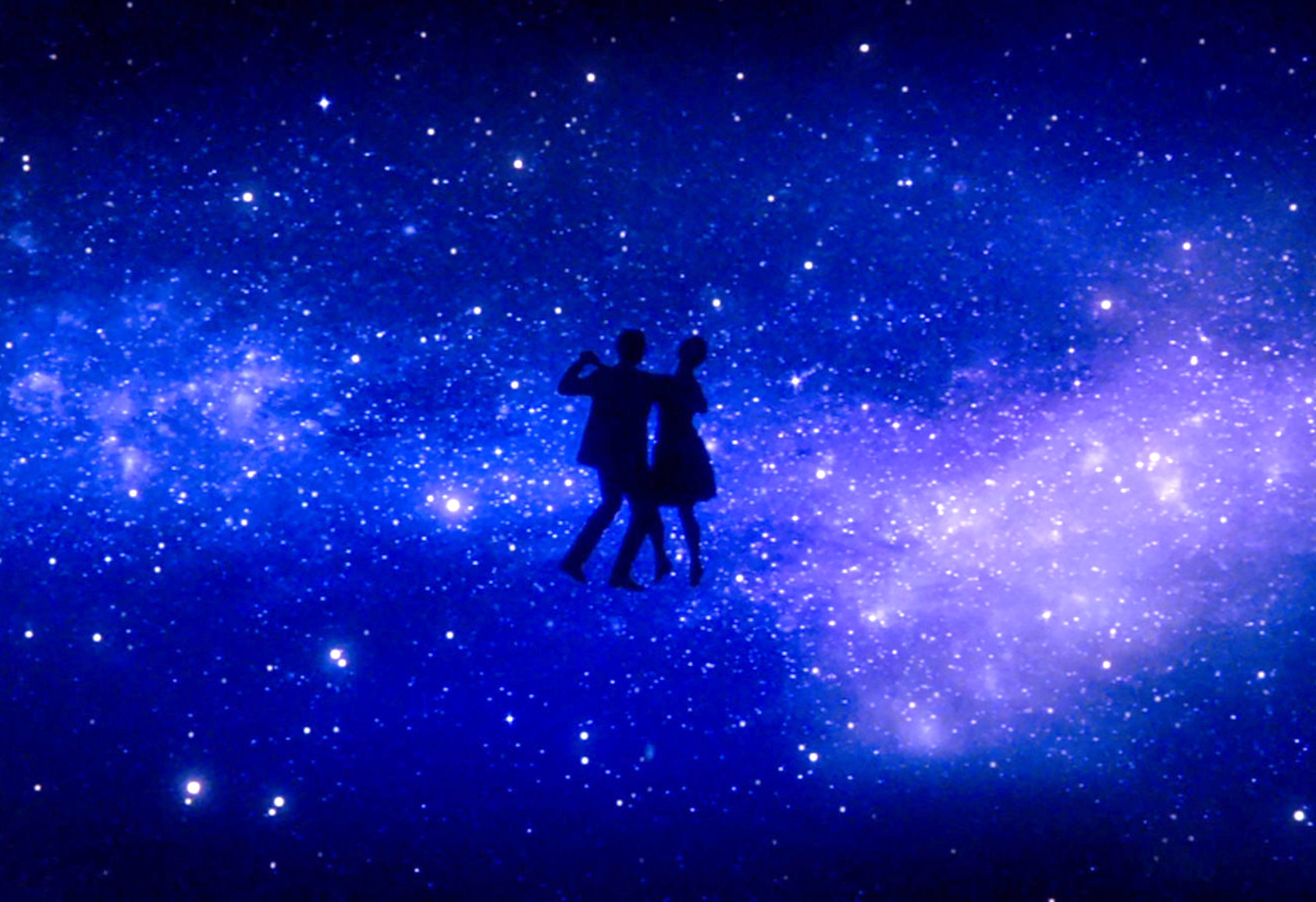 Lover's Lane Under The Stars?