Home›Events›Get Ready For The Show

After change of ownership, the pandemic shutdown & several delays, The Cliftex Theatre reopens Thursday with “News of the World”

CLIFTON – When it comes to reopening the oldest continuously running movie theater in Texas Feb. 4, new owners Richard and Megan Major plan to make the experience well worth the wait.

For over 100 years, The Cliftex Theatre has been an iconic historical landmark for Clifton, Bosque County and the state of Texas, providing generations with their first magical memories of seeing movies on the grandeur of the silver screen.

Founded as the Queen Theatre in 1916, The Cliftex Theatre began by screening silent films before moving on to the talkies and the Golden Era of Hollywood. Surviving the surge of multiplex cinemas across the country when other small town movie theaters did not, the Majors will be restoring the tradition following a prolonged shutdown since March 2020 due to the COVID-19 pandemic.

To help offset seating capacity limitations still in place due to COVID-19 restrictions, The Cliftex will present “News of the World” seven times in the coming week, beginning with a 7 p.m. showing on Thursday, Feb. 4.

“Our patrons spoke, and we listened,” Richard Major said “We were concerned that we might run out of seats due to Covid restrictions and the high demand after such a long closure. To make sure there are plenty of seats for anyone wanting to come to the movies next weekend, we have added extra showings so everyone can come and enjoy “News of the World” together safely.”

Wanting to make a positive impact in the community, the Majors saw the decision to buy the theatre last September as a way of giving back. Understanding that The Cliftex stands out as an important piece of Bosque County's history and a social meeting place for the community, the Majors topped a list of interested parties wanting to make sure The Cliftex remained locally-owned and operated.

Although the Majors originally hoped to reopen in December, the second coronavirus surge proved to be only one of many obstacles in their way.

“We wanted to make sure it stayed that way, true to its roots,” Richard explained. “We had to postpone because we underestimated the vast amount of work that needed to go into restarting the theater. It turned out to be much more than we first anticipated on top of running our other businesses.”

In addition to owning The Cliftex, Richard runs a real estate business full time while Megan operates the 219 Artisan Market Workshop and sells her art. But despite the delays, the Majors are excited about what the extra time afforded them.

“Fortunately, we've been able to hire some great staff to ensure that we keep a consistent movie schedule and a high level of customer service once we are open,” Richard said. “Some of the projects included hiring staff, repainting, scrubbing the theater from floor to ceiling, projector maintenance, filing dozens of movie distributor contracts, setting up point-of-sale, ordering new inventory, having all our equipment serviced, training, and many other things.”

Shortly before one of the plans to reopen took shape, Richard and Megan were exposed to COVID and were forced to quarantine until tests showed they were both negative. And once they were cleared, the Majors mulled over choosing the right film to present for the re-opening. When “News of the World” became available, it seemed like the obvious choice.

“We wanted to start off with something we felt that most locals probably haven't seen yet,” Richard explained. “We considered showing a classic film first. However, we wanted to start off with a bigger bang. News of the World has excellent reviews from critics and movie-goers alike, plus it has that Western theatrical quality that we love. Demographically speaking, it seems to be an excellent fit.”

An American Western drama co-written and directed by Paul Greengrass based on the 2016 novel of the same name by Paulette Jiles, News of the World stars Tom Hanks and introduces Helena Zengel. Set in 1870, Captain Jefferson Kyle Kidd, a former member of the Confederate Infantry, now makes a living traveling town to town reading newspapers to the populace for 10 cents per person. In fact, Capt. Kidd can be seen selecting The Clifton Record as one of his source newspapers early in the film.

For local historians, though, it should be noted that the film takes a bit of creative license there since The Clifton Record did not begin printing until 1895.

With the story picking up five years after the end of the Civil War, Capt. Kidd crosses paths with a 10-year-old girl taken by the Kiowa people. Forced to return to her aunt and uncle, Kidd agrees to escort the child across the harsh and unforgiving plains of Texas. However, the long journey soon turns into a fight for survival as the traveling companions encounter danger at every turn -- both human and natural. They travel hundreds of miles and face grave dangers as they search for a place that either can call home.

Even before the pandemic hit, The Cliftex struggled through some tough times. In 2016, Leah and Rich Douglas moved to Clifton to fulfill a dream by taking over as owner and proprietors of the historic theatre. After Leah’s tragic death due to pregnancy complications, Rich could not continue their joint project and sold the theater to Veritas Theatres.

Once the shutdown denied the theater a viewing public, Veritas could not continue with their plans, and the theatre reverted back to Douglas before the Majors stepped in. The couple appreciate the love Leah and Rich Douglas put into operating The Cliftex, and they recognize the emotional ties the entire community has to the theatre.

“We are ever grateful to Rich Douglas for entrusting us to take the reins,” Richard said in a Facebook post Sept. 28. “I know this means a lot to him and the memory of Leah Demaree Douglas. We will continue to carry on the tradition where they left off with a community-oriented space for all to gather and partake.

“As Megan told me on the way home from closing, ‘To us, this is more like adopting a child than taking on a new business.’"

For more than a hundred years, the theater has seen a lot of first dates, stolen kisses in the back row, fun family outings spanning two, sometimes three generations, and students helping out in the projection room and concession stand.

In 2008, Phyllis Gamble and Mechelle Slaughter restored the theater based on a 1935 photograph. Historical memorabilia, furniture and equipment are featured throughout the theatre; sometimes in the smallest details – like the light fixtures or the panel behind the doorknob. In April 2011, the projection booth was upgraded to digital projection, providing Cliftex movie patrons with a crystal clear, first-class movie experience. A new sound system further improved the experience.

With the movie world changing dramatically due to the COVID-19 pandemic, many in the film world held off releasing new films in 2020 or were forced to postpone production. Others movies have been released directly to online streaming services instead of theaters. The Majors will deal with these new times with a whole new set of rules while striving to deliver the experience the viewing public has come to expect and enjoy for generations.

“We believe there is a strong demand in our community for classic films, Westerns, independent films, and documentaries,” the Majors said. “Also, we will continue to show blockbusters as they come out if there is enough demand and they meet our local citizen's values.”

In addition to the occasional special showings, the couple intends to keep the showing times at 7 p.m. Thursday through Saturday and 4 p.m. on Sunday. Ticket prices will remain $5 per person, and the concessions will remain affordable.

“We are going to have the same great customer service and same great prices as before,” Richard said. “You'll still have the combination of the modern cinema sound and video along with the nostalgia that coming to a quality century-old theater has to offer.

“Some of the changes are that we will be showing some more classic films, westerns and family favorites in addition to first-run films. Some of these film nights will feature themes such as dressing up as your favorite characters, scavenger hunts and sing-alongs.”

By bringing their personal touch and artistic flare to The Cliftex, the Majors hope to take the movie-going experience and film appreciation to an entirely new level in Clifton, Bosque County and beyond.

“We plan to partner with as many other local businesses as we can for date nights and special occasions,” Richard said. “Also, we are opening The Cliftex to private rentals for events such as corporate meetings, birthday parties and family gatherings.

“Beyond that, we intend to have live music in the future and to work with the newly-established Bosque Film Society on bringing film festivals to Bosque County. We are excited about what the future holds.” 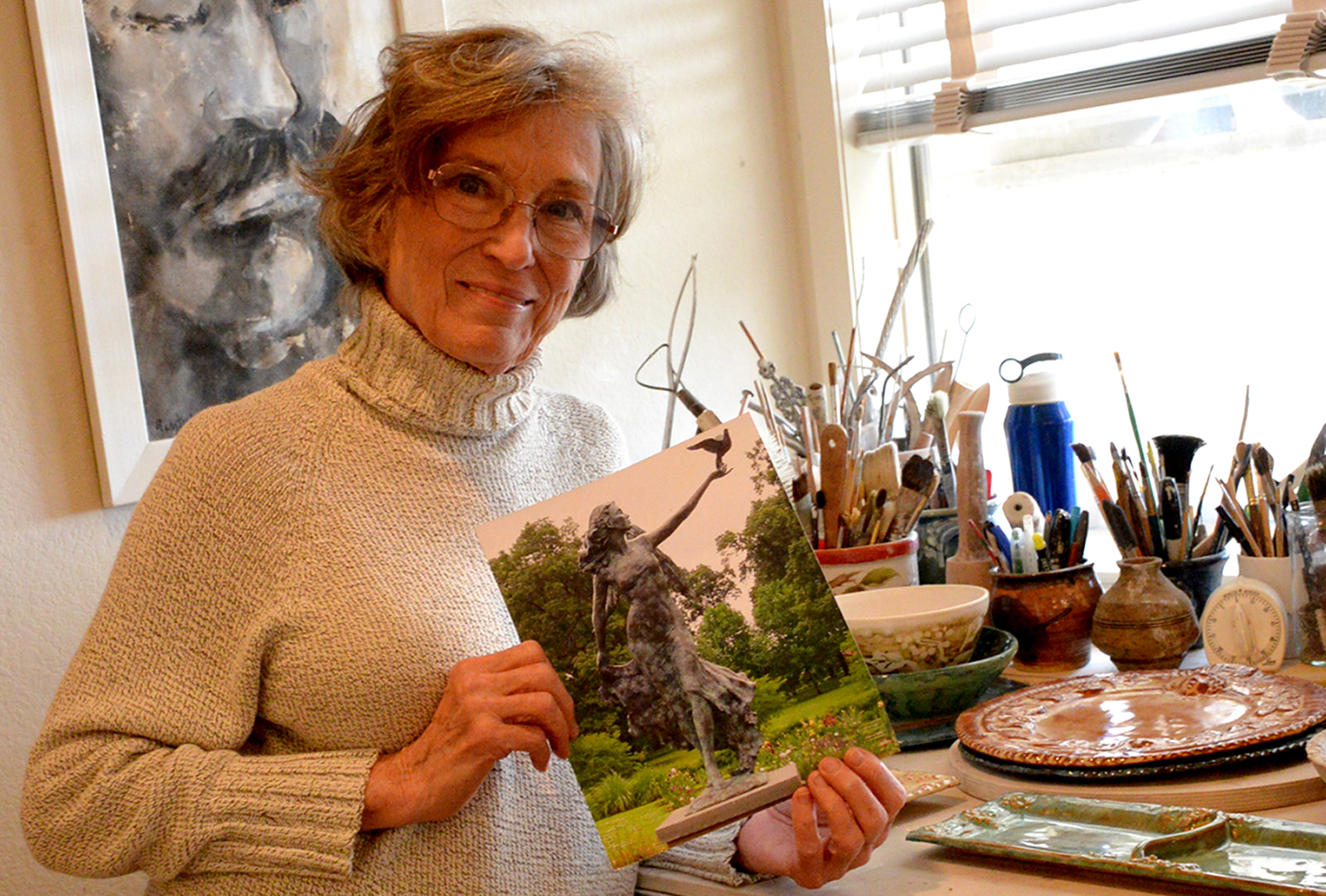 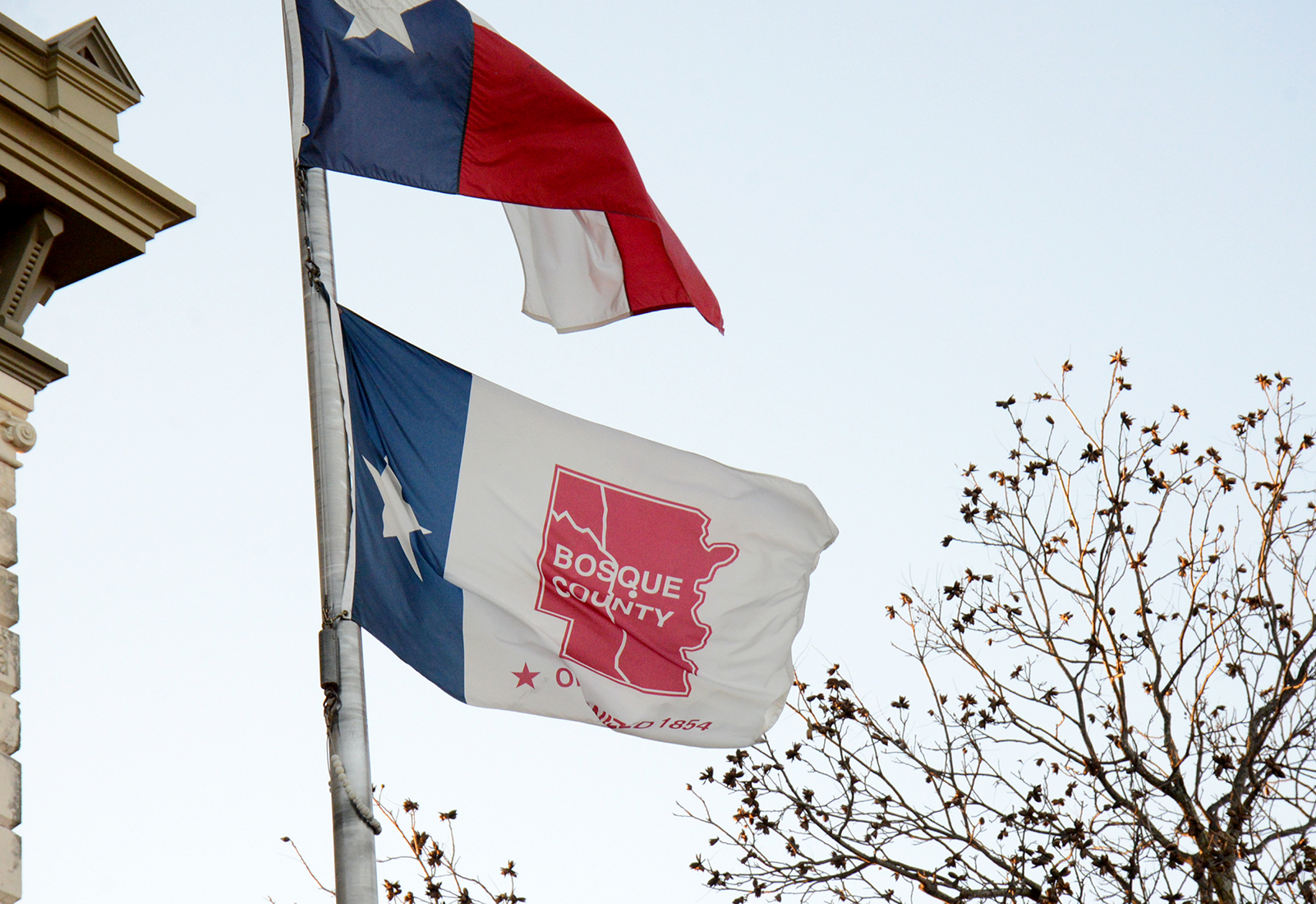