“It was someone I trusted.”

“It is shocking that someone would proposition an 11 year-old for sex.”

“At seven, my mom allowed the landlord to have sex with me in exchange for the rent.”

“They hooked me by making me addicted to drugs. And at the time I didn’t know I was being trafficked.”

“I didn’t know any different. This became my norm. But it was darkness, evil, hell all the time. My soul was gone.”

“I was desperate for love, for acknowledgement.”

“I felt so worthless, but when I was trafficked, I felt I was needed.”

The above statements were all made by victims of human trafficking in its vilest form – the sexual exploitation for personal pleasure or monetary gain. Awareness and prevention are the first lines of defense in the fight against the fastest growing, degrading and despicable criminal industry in the world – human trafficking.

Whereas most people identify human trafficking with the sex trade and girls, boys are very much part of the equation. While awareness is growing, it tends to focus on the young women and girls who are sexually exploited. Male victims are often overlooked; they are the unseen and mostly silent victims.

The Heart of Texas Human Trafficking Coalition - Bosque, Falls, Freestone, Hill, Limestone and McLennan, together with Janet Jackson and Sally Griffiths, hosted a documentary at the historic and iconic Cliftex movie theater in Clifton on May 25 as part of their 2021 public awareness campaign. The documentary focused on a less reported group of victims of this shocking industry– the boys.

“I was very pleased with the attendance for the documentary and panel discussion,” Jackson said. “This is a difficult subject to bring to the public, but a terrible life-changing circumstance that happens to these young people. Our rural community is in no way exempt from this, which is why we are bringing this awareness to open public forums.”

The statistics – that only around two percent of the sex trafficking cases involve males - are not representative of the reality. Males tend to be less vocal – mainly because of the shame and disgust the victims feel. It sometimes takes 20 years for them to disclose the atrocities of their youth. Also, boys are taught to “suck it up.”

More accurate numbers would be that one in 4.5 cases of sexual violence – which includes rape, pornography and (sex)trafficking – involves boys.

Over five years ago, Restore One Co-Founders Chris and Anna Smith joined forces with Film Director Kartal Peel, to film the "BOYS Documentary." Through interviews with service care providers, male survivors and those in the field of Abolition, the BOYS Documentary brings validity to the truth how much males too can be victims of sex trafficking in America.

Once victims of sex trafficking, the speakers in the documentary, lay bare the heart-wrenching facts of their abuse and exploitation, the intensely traumatic experiences scarring them for life, and the never-ending road to restoring their souls. Showing there can be healing, the speakers all are now advocates of those in danger of being snared into the sex-traffickers net.

“It is the least understood and the least reported,” the documentary states. “But it is an epidemic.” Watch the "BOYS Documentary" here:

The survivors’ often shocking, heart-breaking revelations touched everyone in the theater.

“My dad was very clever in his ‘grooming’,” Robert said “This is how men show their sons about their bodies.” Robert was six. To the outside world, his pedophile father, a doctor, was “the greatest guy in the world.”

When Marq finally got the courage to tell his parents about his uncle’s sexual abuse and trafficking him, they did not believe him. He had jumped out of a third-story hotel room to escape being sexually abused by five men.

Unbound supports survivors and resources communities to fight human trafficking. They believe that together, they can end human trafficking and ignite hope. As organizations and concerned citizens work to prevent trafficking and strengthen the protective factors of communities, education of vulnerable groups and professionals like teachers, doctors and churches about the warning signs is vital. Unbound Waco has empowered more than 10,000 youth to stay safe, trained thousands of professionals to identify and respond to human trafficking, and served more than 200 victims and survivors. Unbound Waco also provides leadership to the Heart of Texas Human Trafficking Coalition.

The Heart of Texas Human Trafficking Coalition is a multi-disciplinary, collaborative effort to combat human trafficking in the Heart of Texas region. Co-organizer of the documentary showing Griffiths formerly worked at the Attorney General’s office, in the Crime Victims Services Division.

One of Unbound’s initiators Susan Peters was at the Cliftex Theater for the documentary showing. She praised Jackson and Griffiths for their efforts to bring awareness to their communities.

Although these are common themes, anyone can be a victim. Today's youth face unprecedented challenges, risks and pressures, which are intensified through social media and the internet. They are becoming more isolated, and more prone to engage in unsafe behaviors, especially within the online world – something sex traffickers use to their advantage - seducing, manipulating and exploiting them with promises of love and belonging, and binding them through fear, threats and drug addiction.

The five men in the documentary exemplify this diversity. Russel was in foster care, exploited by an older boy he looked up to. Marq was abused by his uncle, who later pimped him to other men. Michael was a perpetrator - victim become predator. Robert was abused by his pedophile father. And Ben was drugged and dragged into the sex trade to pay for his drug habit. All were involved in very complicated, convoluted and confusing relationships with their abusers and recruiters, where trust, fear, dependence and obligation cumulated in trauma bonding, making it virtually impossible to break away.

Unbound’s Jessica explains the groups at risk for sex trafficking and traffickers' tactics in the following video:

Many victims don’t realize they are human trafficking victims. Traffickers are often expert manipulators and may lead their victims down a path of exploitation, filled with lies, false promises, threats and coercion. This makes it very difficult for victims to reach out for help. And this is why education and awareness is key in the fight against human trafficking.

Like in any market dynamic- where there is a demand, there will be someone ready to supply. This is very  much the case in exploitative labor trafficking and the lurid sex trade business.

Besides the San Antonio, Dallas, Houston triangle between IH-35 and IH-45, Waco is a sex trafficking hub, and Bosque County lies between IH-35 and State Highway 6 on the way to Abilene, another hub. Additionally, the high poverty rate in Bosque County makes youth vulnerable to being “groomed” – lured away from their community and into sex slavery.

Parents with a methamphetamine addiction – a problem in Bosque County – will go to great lengths to get money to satisfy their drug, to the point of renting out their children for money.

A Heart of Texas mother sold two years of her son’s life to a registered sex offender in exchange for methamphetamine. Detective Joseph Scarramucci if the McLennan County Sheriff’s Office speaks of cases in and around Waco in this Unbound video:

Unbound was launched in 2012 out of Antioch Community Church in Waco, Texas. In the years before, a small group of church members witnessed exploitation and injustice overseas and began to pray that God would show them how they could take action. In that process, their eyes were opened to the realities of human trafficking in their own community.

Determined to address this, they began meeting with law enforcement, the juvenile detention center and other service providers to see how they could help. To meet those needs, Unbound Waco was founded as the first Unbound location. Since then, Unbound has grown into a multi-national network of offices, chapters and affiliates across the United States and around the world.

“Through rehab, reconnecting and restoration, I’m there with them through it all,” Unbound’s Missy Ramos said. She is a Antioch Church member. “Through my life experiences I can relate with the survivors. They feel that and immediately open up to me, which is good, sometimes very hard.”

She proudly tells of two homeless brothers that were being trafficked that she helped on the way to their own apartment, own car and on the way to a college education.

At this time, Ramos is helping 16 youths, four of which are males. She takes care of emergency needs like medical care, shelter, food and clothing. Down the road to healing, she helps find the necessary resources to recover, helps with court appearances. Unbound’s Chelsea highlights the group most likely to be impacted by sex trafficking – the victims and survivors – in this video:

An educated community creates a better environment for outcries and identification. One of the victims in the documentary said that if only someone had asked him whether he was alright, things could have been different. Hope, compassion and giving the victims a sense of safety is an absolute necessity on the road to healing from their trauma. And the main messages to the victims should be:

“I don’t want to live in the world where little boys and girls are sold for sex,” Ben said.” I just want someone to love me and say that everything will be alright.”

The audience fears they’ll hear he gave up on the road to recovery and chose suicide instead. Notes at the end of the documentary reveal how each of these victims overcame their devastating youthful experiences with sex trafficking and became advocates to educating the public and saving victims themselves.

In conclusion, Unbound task force coordinator Julie Cash said, “I am glad people like you will make it difficult for traffickers to be successful in your county.” 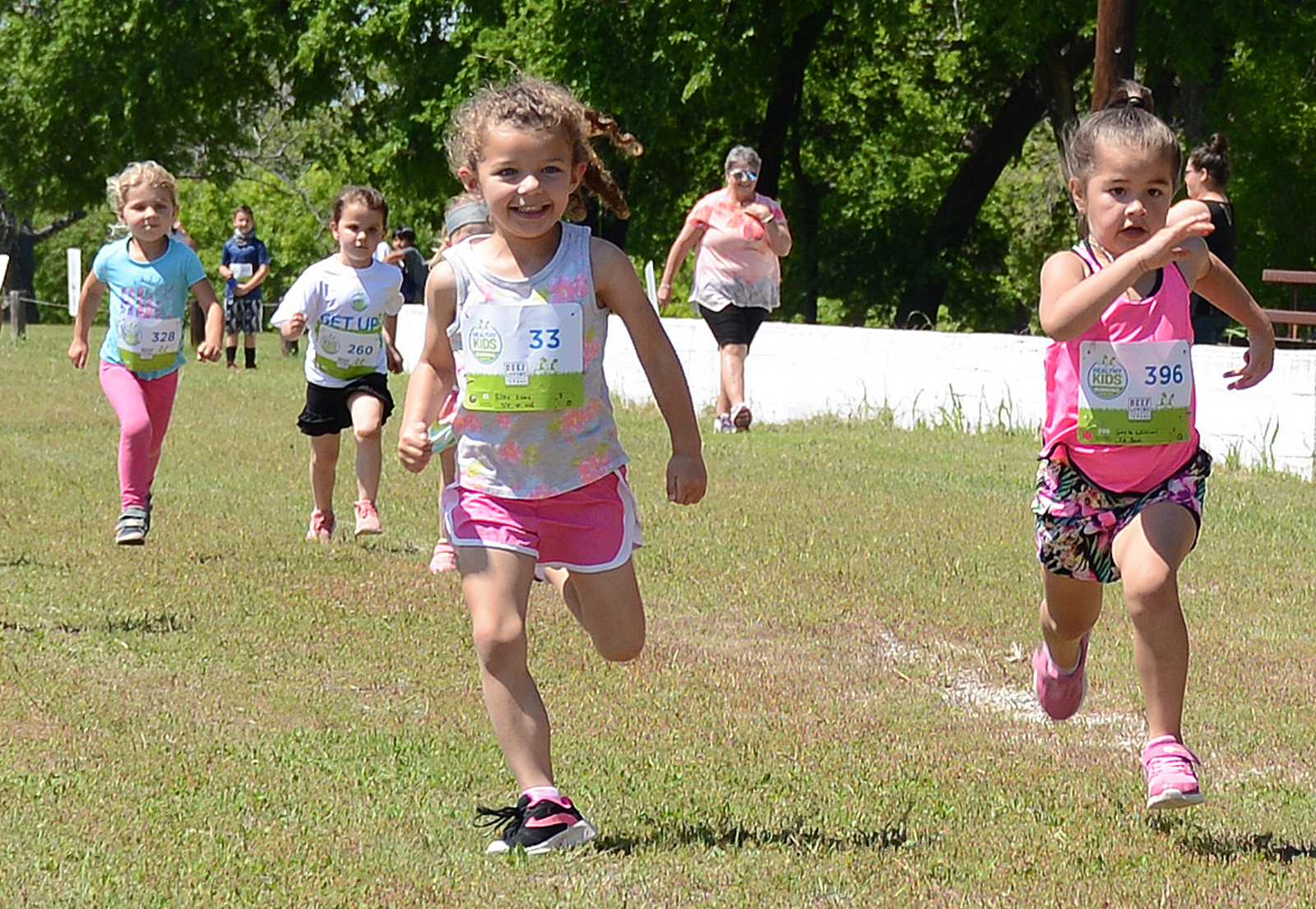