Almost every young boy looks up to his grandfather and hangs on his every word. So when Clifton Police Chief Trace Hendricks listened to his grandfather's "war stories," it's no surprise the youth wanted to grow up to be just like him.

After watching his grandfather serve as a Clifton police officer in the 1970s, Hendricks joined the Clifton Police Department’s cadet program at the age of 15 and never looked back. And in the Texas Primary Runoff election next Tuesday, Hendricks will be seeking the Republican nomination to face Democrat candidate Danny Ragsdale for the open Bosque County Sheriff seat in November.

“My grandfather told me many 'war stories' and developed my interest in law enforcement at a very early age,” Hendricks said. “As a cadet, I was being mentored by the officers. I rode on patrol, fed the inmates that were held in the city jail, which was still in use at that time. I learned much about small town policing.

“It’s always been my goal to return to Bosque County and serve the citizens I grew up with.”

And that’s exactly what he did.

As a Bosque County native, born and raised in Clifton, Hendricks began his career in law enforcement in 1988 when he was hired as a dispatcher for the Hamilton County Sheriff's Department before being promoted to jailer. While working in the jail, Hendricks gained the confidence of the Sheriff, who sent him through the police academy. Upon completion of the academy, he was promoted to field deputy.

“Although the four years I worked as a narcotics officer was exciting and fulfilling, I’ve always planned to return to my home county and serve as the sheriff,” Hendricks said. “I believe the experience and knowledge I gained during my career have proven to be a value to my community, and will continue to do so.”

Returning home in 2011 as a patrolman in the Clifton Police Department, Hendricks was promoted to Public Works Director within a year. Then in 2014, Hendricks was appointed Chief of Police.

“As chief, I’ve always practiced community policing,” Hendricks said. “By breaking down the walls between law enforcement and the public, I’ve gained the trust and support of my community. Because if this, our department is successful in serving our communities needs.”

“My abilities in this role were tested in January 2017 when Clifton was struck by a tornado,” Hendricks said. “All emergency responders locally were activated and multiple outside agencies descended upon our community to assist in providing aid to those affected. I supervised the coordination of all responders and assets for this event and am proud to say, it was a successful response and outcome.”

Hendricks is also proud of the low crime rate in Clifton during his tenure, particularly violent crimes with only one armed robbery and one murder. Also utilizing his background in Narcotics and Special Crimes Investigations, Hendricks has been instrumental in cracking down on illegal drugs.

“In the past seven years, we have conducted numerous investigations into the illegal sale and possession of drugs,” Hendricks said. “These investigations, combined with assisting agencies from neighboring communities and counties, have resulted in more than 50 arrests of drug traffickers, impacting not only our community, but a large portion of Central Texas.”

With that said, Hendricks has a passion for today’s youth and plans to do everything in his power to protect them and provide a safe environment for them to grow up in.

“We must begin to take steps toward developing a School Resource Officer program,” Hendricks said. “We can no longer live day-to-day believing that due to our rural setting, we are immune to school violence.

“It is my opinion that it's not a matter of if, but a matter of when, we will suffer an incident in one of our schools. As Sheriff, I will work diligently to prevent that day from coming.”

As a dedicated public servant, Hendricks also remains a devoted Christian and father of two grown sons and a daughter in college.

“I have a five-year-old grandson who has me wrapped around his finger,” Hendricks said. “And anyone who knows me knows how much I enjoy hunting and fishing, mainly fishing.”

Initially a three-man race on the Republican Primary ballot seeking to become Bosque County Sheriff with incumbent Anthony Malott choosing to not seek re-election after holding office since Jan. 2009, Hendricks and Pullin earned spots in a runoff election for the right to take on Ragsdale, who ran unopposed on the Democratic ballot.

After becoming the odd man out following the Texas Primary, Betik asked his supporters to vote for Hendricks.

“I have known Trace for many years,” Betik said. “I have worked with him on many projects in this county. Trace Hendricks is very dedicated to his job and citizens of this county. Please don’t rely on your friends and family. Your vote is very important and will be counted.

Coming out of Super Tuesday, Hendricks emerged as the front runner. But historically, runoff elections have produced low turnouts at the polls, so every vote counts – especially when the election for the Bosque County Sheriff Republican nominee represents the only race on the ballot.

“As Sheriff, I will strive to provide the citizens and visitors of Bosque County with peace of mind that criminal activity will be suppressed and that every citizen’s constitutional rights will be defended and preserved, thereby promoting commerce and providing a safe environment in which to live and raise a family,” Hendricks said.

“I look forward to the potential of serving as your Sheriff and thank you for your support.”

And if along the way he can be an inspiration to a youth interested in law enforcement, like his grandfather was for him, Hendricks will always embrace the opportunity.

“I take pride in mentoring young people who want to enter into law enforcement,” Hendricks said. “And it give me so much satisfaction in seeing young officers that I have trained succeed.”

Graduate of Bill Blackwoods Law Enforcement Management Institute of Texas, Chief Development Program; Two time winner of the Peace Officer of the Year, Lampasas County; Voted The Clifton Record’s Best Peace Officer by the citizens of Bosque County, 2012; Serving as the Emergency Management Coordinator for City of Clifton; Employed by City of Clifton since 2011; Clifton Chief of Police since January 2014. 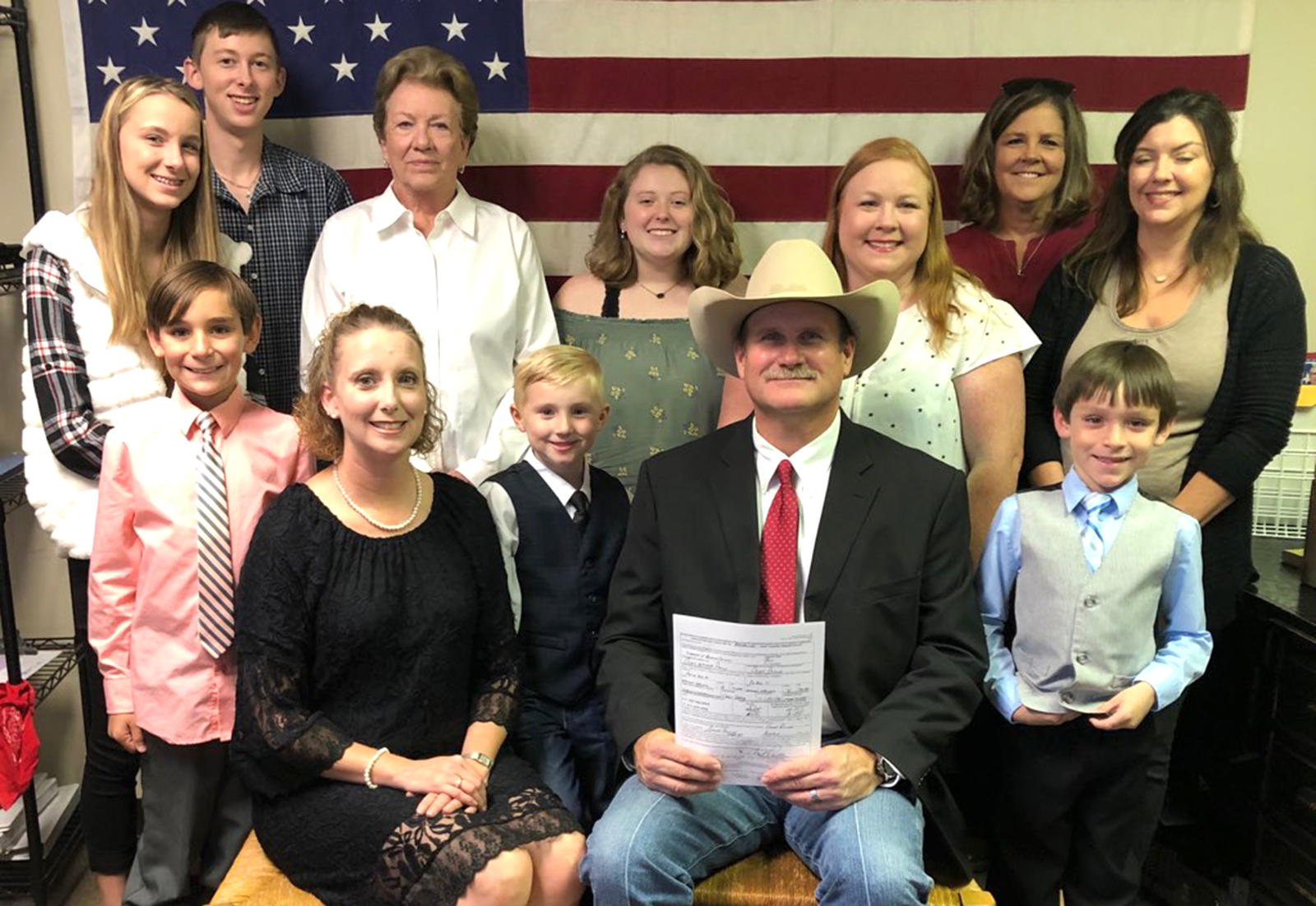 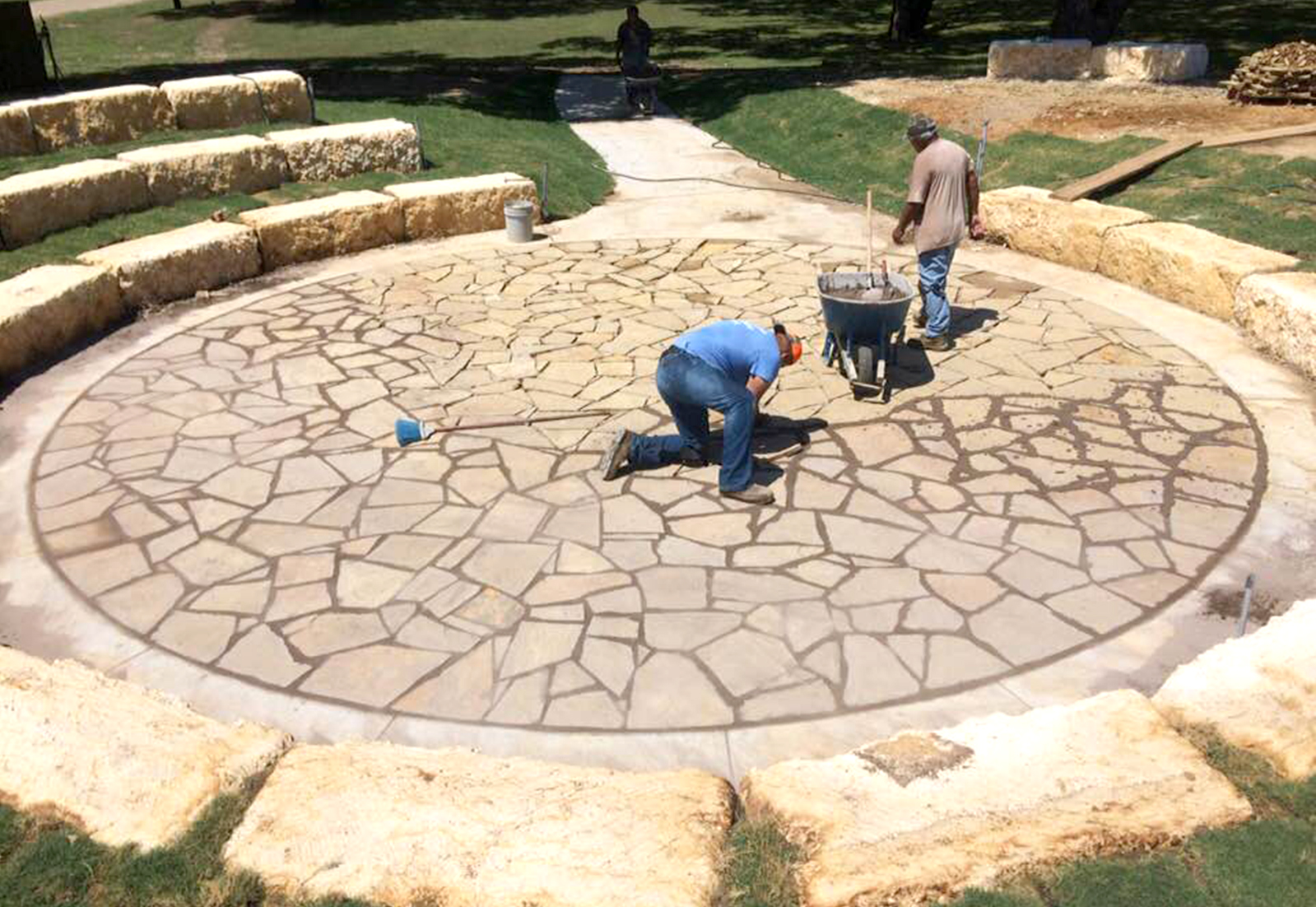