CLIFTON – Helmets secured, timers set, Go Pros on, gears clunked and rattled, wheels whirred and they were off! It was quite the sight as a whopping 662 cyclists got into gear for the 10th annual Bosque Tour de Norway Saturday.

With Clifton High School serving as the official start, 662 cyclists embarked on 80, 60, 40 or 20-mile tours past the lush pastures in beautiful Bosque County and the historic Norse district. The cyclists leaned over their handlebars, shifted down or rose up on their pedals when climbing a leg-burning hill. And not only the cyclists seemed t be enjoying the tour. Along the way groups of cows stared bewildered at the colorful creatures whizzing by on their crazy contraptions.

With 401 preregistered and 261 signing up on tour day, this was the best attended tour yet. Riding a bicycle has been a popular form of exercise for decades, rising in popularity in the 1980s when mountain biking became a sport, followed by increased interest in bicycle racing in the 1990s. Following a national trend, the Bosque Tour de Norway event has tripled in numbers since 2016 when nearly 200 cyclists showed up at the start.

When COVID-19 social distancing requirements shut down gyms, many turned to walking, running and cycling for exercise. And the popularity of cycling is increasing every year. Even though Texas’ highways with the amount of heavy duty 18-wheelers are a hazard for cyclists, the miles and miles of back roads allow for exceptional biking experiences. And researchers found that the increased physical activity benefits of bicycling were nine times larger than the risks of increased air pollutants and increase in traffic collisions.

Since 2017, the Bosque bicycle tour was the first leg of the European Tour of Texas Challenge that starts with Germanfest in Munster on April 23, Bosque Tour de Norway on May 21, Tour d’Italia on June 18 and the Tour de Paris on July 16. At the conclusion of all four legs of the challenge participants that have completed the challenge receive a custom jersey as reward. And there quite a large amount of those jerseys to be seen in the cycling pack Saturday.

First-timers to Gonzalo Lievara and Angie Longan from Fort Worth both signed up for the ETT, and are anticipating wearing their jerseys when they finish the series. Lievara started riding for his health and due to 50 pounds of weight loss, he no longer needs his blood pressure medication. The couple also enjoys meeting new like-minded people and being out in the country side during bicycle tours. Lievara signed up for the 80 miles Saturday, while Longan wanted to complete the 40 mile track.

Non-competitive riders came from all over the state to ride on a combination of state highways and county roads, in the rolling hills of Bosque County to participate in the rally.

Father Michael and son Tristan from Team Hendrix from New Braunfels and Lewisville were first-timers to the Tour. As avid cyclists they clock between 75 and 100 miles per week.

The hard-core roadies – like Salil Shilotri and his three friends – chose the vigorous 80-mile Clifton-Cranfills Gap-Meridian-Cranfills Gap-Clifton stretch with the most inclines to satisfy their appetite for physical stress. Shilotri had done the Italy and Paris Tours last year and decided to add the other ETT tours this year. Families and novices savored a shorter 20-mile ride enjoying the beautiful historic Norse Country. But that ride too had some deceptively difficult hills to conquer.

Clifton’s 13-year-old Natalia Cathcart was riding the 20-mile route for the first time, with her father James. She loved the cycling so much, her father and here were going to Waco in the afternoon to get her a bigger and better bike.

Intermediate cyclists chose a 40-mile or 60-mile tour. The 60 mile tour took cyclists from the far West of the county at Cranfills Gap, through Meridian and out to the far East part of the county, taking in the German heritage area around Womack and back.

When John Norman from Farmers Branch turned fifty, his triathlon-loving friends talked him into competing in a triathlon. It turns out Norman hates the water part, doesn’t mind the running but loved the cycling leg of the race. Since then he does one longer ride a week with some short rides spattered in here and there. His next difficult challenge is the Hotter’n Hell Hundred in Witchita Falls in August. His first time in Bosque County, he expected to complete the 40-mile route around 12:30, just in time for lunch.

With a sister living in Laguna Park, it was an easy choice for Glenn Pemberton – who rode one of the recumbent bikes in the race – to participate in Bosque County. Due to a neurological condition affecting his leg strength, his bike was arm-powered. In spite of having an extreme low-rider, Pemberton still expected the wind to be a challenge, but he kept good pace in the center of the pack.

More seasoned riders maintain a steady 20 mile per hour pace, leaning over their specialized touring steering wheels. Novices slow down considerably up hill and struggled against the 18 mph winds here and there in the morning. With the lower temperatures, it was perfect great for cycling fanatics.

Approximately every 10 miles rest stops manned by local volunteers and businesses offered a chance to get off the saddle and to stretch the legs. They offered bananas for potassium, Gatorade for electrolytes, pickle juice against cramps, cookies and peanut butter sandwiches for energy, and porta-potty relief. At the first pit stop at the Our Savior’s Lutheran Church, Cathy Cash and Jan Kieta embraced the Viking heritage with their horned helmets two Viking amazons assisted with the refreshments.

For some, the Support and Gear vehicles were a welcome sight as fatigue, injury, cramps or mechanical complications came their way. Volunteer Talon Clift had about twelve requests for assistance; taking one cyclist to the emergency room needing stitching on an arm gash after a fall.

The Bosque Tour de Norway was initiated and is organized by the Clifton Chamber of Commerce as a way to showcase the county and to attract people to the hotels, restaurants and shops and so generate extra income for local businesses. A 2018 Texas Department of Transportation report on bicycle tourism confirms that goal, revealing that bicycle tourists spend anything ranging from $78 to $275 per day.

And several people that lived further away used the hotel accommodations in Clifton and Meridian to spend the night, like Steve and Rachel Lam from Prosper and Chad Wallace with his eight-year-old son Logan from Frisco. Logan’s bike wheel was attached to his dad’s bike, allowing him to pedal along. And for the self-sufficient, a couple of camper trailers were parked on the CHS parking lot too.

Clifton Chamber of Commerce President Paige Key attributes the success of the event to excellent organization and covering all the details. She added that the Chamber couldn’t do it without all the wonderful volunteers year after year. And it takes over 50 volunteers to successfully run the event, from registration, handing out T-shirts, SAG vehicles, and manning nine rest areas. Key heard a lot of positive remarks from the riders, saying they loved Bosque County and were sure to be back next year. 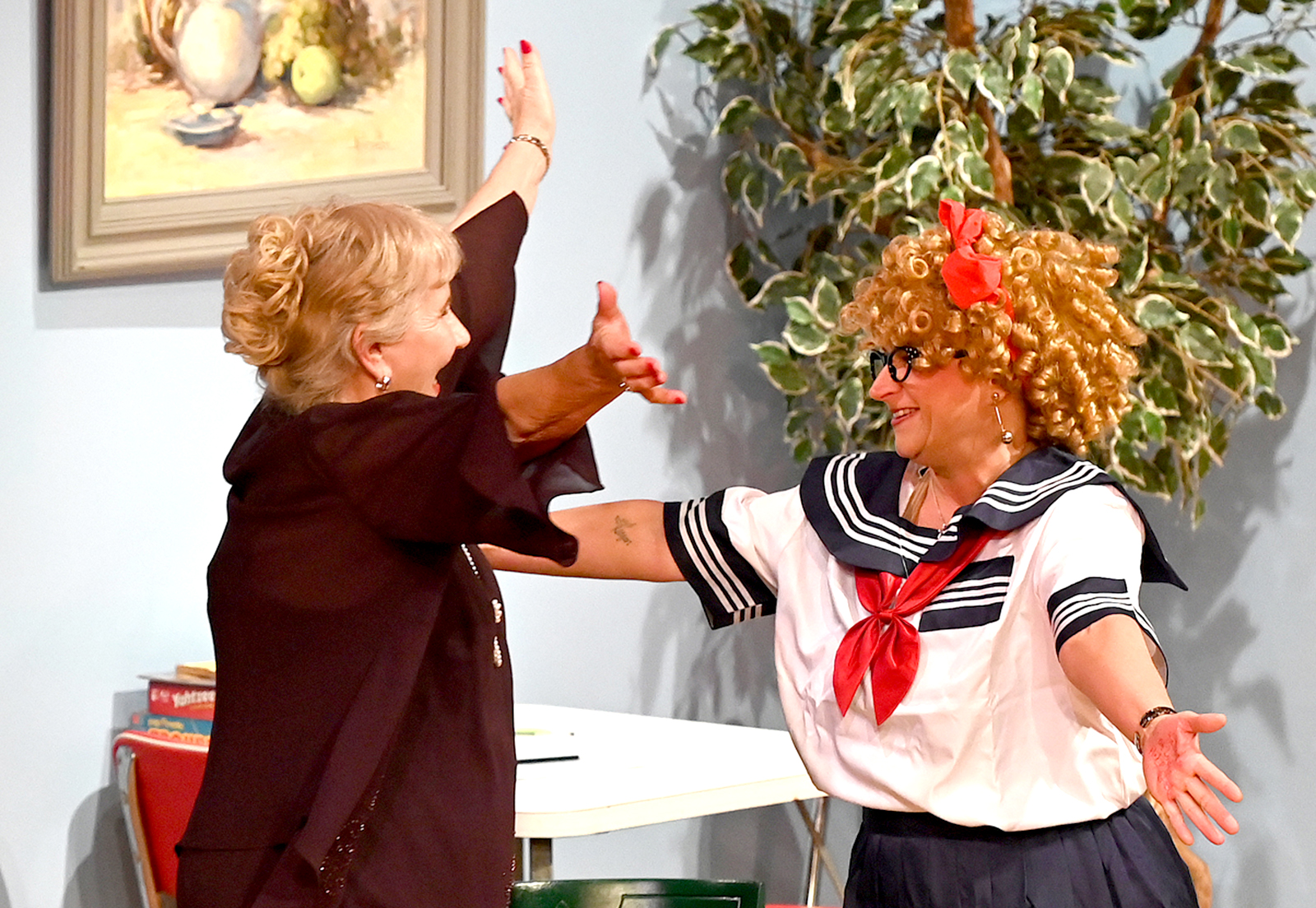 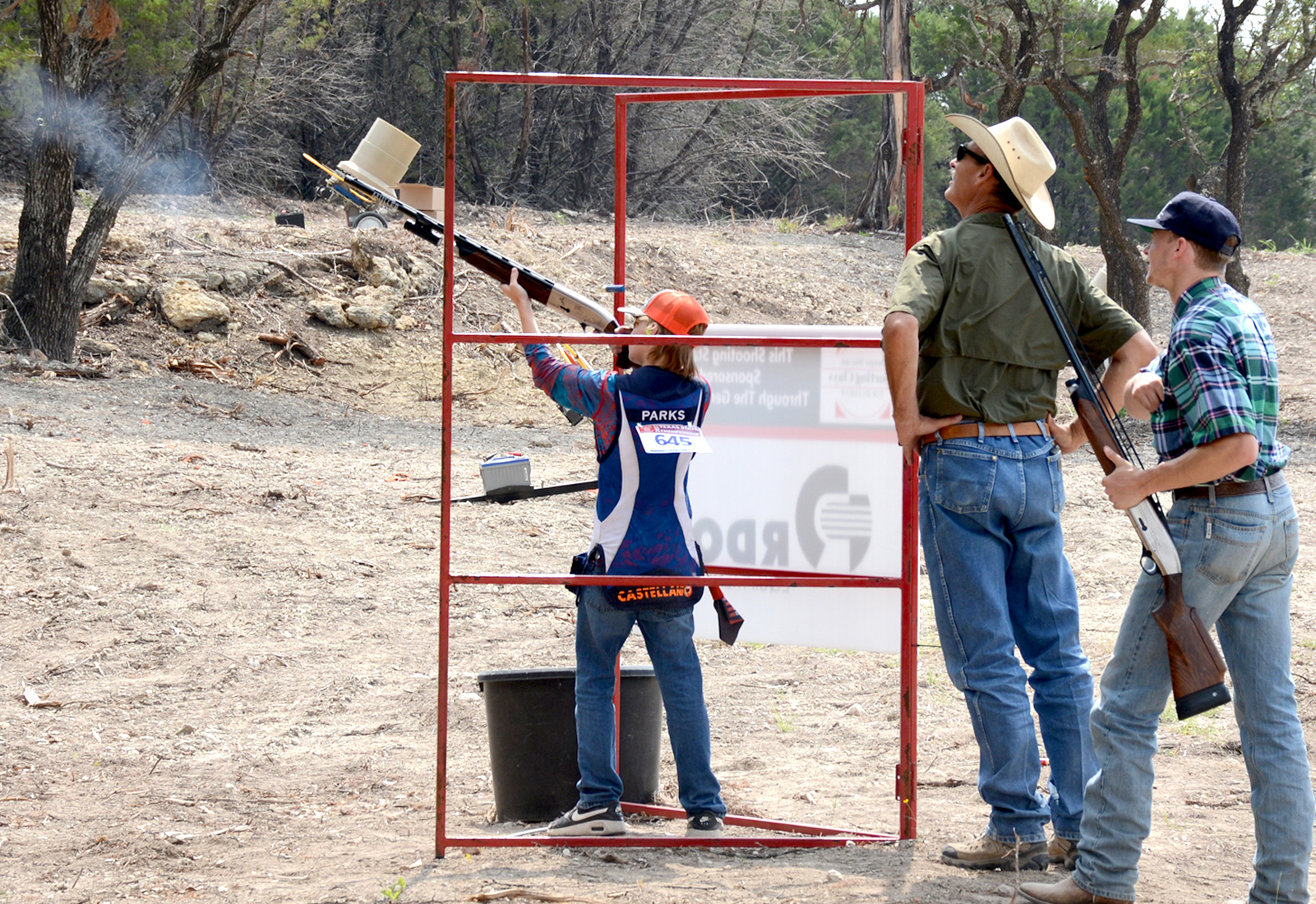