MERIDIAN – Get out your fanciest Western duds and dancing boots for a concert by show-stopping, award-winning and ultra-talented musicians Kristyn Harris, Hailey Sandoz and band. After a fun day of family-oriented activities, games, music, chili cookoff, margarita contest and Classic Car Show & Shine, the Kristyn Harris Band concert and dance will represent the icing on the cake of the Chisholm Trail Roundup county-wide event hosted by the Meridian Parks & Rec July 9th.

Texas-bred musical powerhouse Kristyn Harris is currently the four-time reigning International Western Music Association Entertainer of the Year and the youngest person to have received this honor. She is also the five-time International Western Music Association Female Performer of the Year in 2014, 2015, 2018, 2019 and 2021 and most recently was awarded the highly prestigious 2021 Best Western Album from the National Cowboy & Western Heritage Museum for her latest release, “A Place to Land.”

Her unique voice brought her all the way onto the 2018 season of ABC’s American Idol, where she sang and yodeled for the judges. Her singing has been praised as "timeless" with "the warmth and power of Texas sunshine.” Her voice is complimented on stage by her swing guitar playing, songwriting, and energetic stage presence.

Seeing her perform, you know she’s a totally authentic as a performer, as a cowgirl who loves her horses. Kristyn described herself as an “old-fashioned girl, with a vintage streak running deep,” personified in her song with the line “she likes to live by the code of the cowboy, mesmerized by a simpler time.”

“Kristyn Harris is one of the greatest talents that I have ever heard,” fellow musician and Cowboy poet Red Steagall said. “Her heart is as big as Texas and it shows when she performs.”

Featured in the Jan. 2022 Western Horseman Magazine, the article “She Bad” selected her to be one of 10 women who make it “Cool to be Cowgirl.” Her website even has a tab “cowgirlin’” horses (especially her once-wild mustang Velvet), her Diamond K cattle herd, and trick riding.

Accompanying Kristyn on her fiddle is equally talented and sought-after Hailey Sandoz, who at 18 was hired full-time with Grammy-Award Winner Bobby Flores and the Yellow Rose Band. Hailey, known for her exceptional fiddling, jazzy vocals, and creative arranging skills, is also a Texas-bred musician, following a less-trodden path among millennials. Her style is rooted in western swing, jazz, bluegrass, and Celtic. She too captures the attention of audiences young and old through her dynamic performance and representation of Western Swing, “the official music of Texas.”

Three-time recipient of the International Western Music Association Instrumentalist of the Year, Hailey also received the 2019 Cowtown Society of Western Music Rising Star of the Year, 2016 Academy of Western Artist Young Artist of the Year, 2015 International Western Music Association Crescendo Rising Star, as well as winning several fiddle competitions. In addition to these accolades, Hailey has had the privilege of performing with several legendary artists such as Leon Rausch and Tommy Allsup, and has opened for Michael Martin Murphy, Billy Dean and Crystal Gayle.

Combined, Kristyn and Hailey make the perfect complement to each other’s talents. Together, they put on one high-energy, entertaining show – dynamic and engaging. On July 9, they add Nathan Phelps on upright bass and Matthew Walton on non-pedal steel and electric guitar to the lineup for a well-rounded Texas Swing ensemble to enjoy.

Kristyn has known Matthew practically as long as she’s been playing music. He was one of her original guitar mentors as a matter of fact, and is featured on the first album she ever recorded. “It’s pretty cool to be coming full circle now and having him as part of my band,” Kristyn said.

From swing to funk to classical, whether pedal steel, lap steel, bass, acoustic guitar, or electric guitar, Matthew can play it all. He has performed with such artists as Leon Rausch, Pete Huttlinger, Miss Devon and the Outlaw and Richard Smith. Matthew has also appeared as a studio musician on albums including “My Mustang, My Martin, and Me” by Kristyn Harris, and “Buckles & Barrels” by Rose Hill Band.

Matthew has played guitar in the pit (and scaffolding) for both Richland High School’s and Rowlett High School’s runs of the 2012 revision of the musical Godspell. He has arranged several pieces that have been performed by both the Tarrant County College NE Guitar Ensemble and the Richland College Guitar Ensemble, including “She’s Leaving Home” by The Beatles and “Give Up the Funk” by Parliament.

Nathan is the son of Drew Phelps, who toured with the Quebe Sisters Band for many years. Nathan is a multi-instrumentalist, and composer from Denton. Being primarily self-taught throughout his early years, he went on to earn the degree of a Bachelor of Fine Arts in Jazz Bass Performance from the California Institute of the Arts where he studied with the legendary jazz bassist Charlie Haden.

“He’s the cream of the crop when it comes to upright double bass players and for is so much fun to work with,” Kristyn said. “He’s been my go to bass player for years and has played with me all over the country.”

Since graduating, Nathan has since moved back to Texas where he performs on both double bass and piano with a wide range of artists of diverse genres.  Although he is primarily active as a freelance jazz bassist playing locally in the North Texas area, past tours includes a national tour as a bassist with rock-a-billy singer-songwriter Wayne the Train Hancock, and an international tour on keyboards and synthesizers with famed symphonic pop band The Polyphonic Spree.

Kristyn played with all the musicians in the band fairly often throughout the years, but it was last year when they formed an actual band last year, playing four shows per day for almost a month at Six Flags Over Texas last summer.

“Needless to say, we got to hammer out arrangements and get really tight doing so many shows, and just had such a blast together,” Kristyn said. “Ever since then I’ve been booking the four of us a lot. Nothing could be as much fun as playing with people who are insanely good at what they do. I get to surround myself with musicians that are far above my level! And all are genuinely having fun and playing off of what each other is doing. I usually can’t stand still because of the energy on stage and can’t wipe the grin off my face because I’m so thoroughly enjoying what everyone else is playing!”

The band has played everything from private parties to city concert series to festivals to theaters, and have some out of state bookings coming up as well. The band will be putting doing a mix of western swing – the official music of Texas, an electrifying cross between country music and jazz – some western/cowboy music tunes, and some classic country. And Kristyn also throws original songs into the mix every now and then.

Keeping a heavy and widespread tour schedule – including her fifth European tour coming in 2022 - Kristyn frequently performs as a solo act and with larger ensembles. She is coming back to the Bosque Museum Lomax Gathering on Sept. 17 and is opening for the Oak Ridge Boys in October. She is also a most welcome performer at cowboy poet gatherings across the nation.

Tickets for the second edition of the Bosque Boot Scootin’ Live Music & Dance Series held in the air-conditioned comfort of the Meridian Civic Center will be $25 and can be purchased from any Meridian Parks & Rec Board Member or through the Meridian City Hall at 254-435-2381. 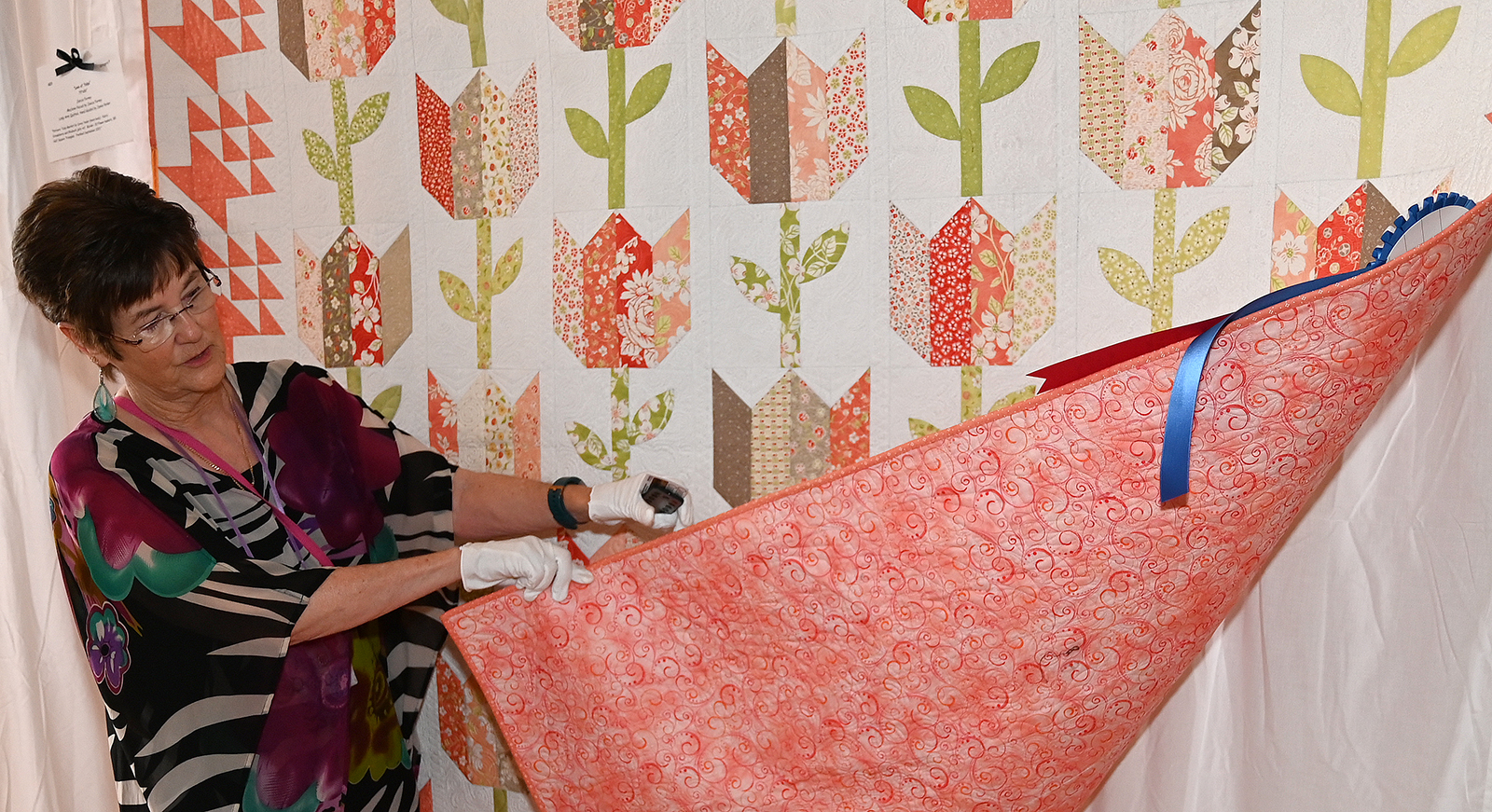