MERIDIAN – When it comes to the dynamic duo Texas-bred Texas Swing powerhouse Kristyn Harris along with her “sister” and best friend fiddler Hailey Sandoz playing together, the sum of one plus one is not two, but easily three. Add the excellent guitar and non-pedal steel guitar of Matthew Walton and stand-up bass by Nathan Phelps, and the four-piece band gives an exhilarating, energetic five-star performance.

Harris and her band blew the roof off, rattled the windows, warmed some hearts and placed grins on many, many faces of their awed audience in the Meridian Civic Center July 9. Culminating the annual Chisholm Trail Roundup and chili cook-off event, the band performed over 40 songs for the Meridian Parks & Recreation’s quarterly Bosque Boot Scootin’ Live Music & Dance Series with many waltzing and two-stepping around the venue, dancing the night away.

But even the non-dancing type, enamored by the engaging personalities, captured by the talent, skill, musicality and dexterity of the virtuoso Texas Swing foursome on stage, couldn’t help but toe-tap to the many classic and popular country songs.

If you listened intently, the band’s first song “Thank Heavens for Dale Evans,” an original off Harris’ “Down the Trial” CD, said it all. It introduced Harris as cowgirl, as lover of horses – mustangs in particular – and her cow dog, as a yodeler, and as being the modern poster girl for Western Swing.

Evans was an actress, singer and songwriter born in Uvalde, who married legendary singing cowboy and actor Roy Rogers.

“I never got the limo or the diamonds, but I’ve my hat, my boots and my guitar and I’m mighty proud to say, I’ll always be this way, like the girl who went and stole Roy Rogers heart.”

Of course, Harris and Sandoz are not stranglers to Bosque County. As a part of remembering the nationally-renowned and legendary Ballad Hunter John Avery Lomax, the Bosque Museum’s 2021 Lomax Gathering celebrated old and new cowboy trail songs at the John A. Lomax Amphitheater in Meridian Park last September. Honoring Lomax’s work through an evening of entertainment from iconic cowboy poets and performers, William Godby put together the evening’s musical entertainment featuring – Pipp Gillette, Kristyn Harris and Hailey Sandoz, as well as Andy Wilkinson and his daughter Emily.

For those who have followed Harris and Sandoz performing together over the years, will recognize that quality, that authenticity, in them. They are still the same as when they started out on their music careers – except that maybe they have shed some of their shyness and honed their skills; they are still as enthusiastic and dynamic.

Wearing cute form-fitting dresses and turquoise jewelry, they are boot-clad as always and wearing the same hats they’ve worn for years. Harris’ guitar band bears her name, and what else but her state’s bluebonnet carved in the leather. And she still does her signature heel kick and boot shimmy that she’s done since she started performing as a teenager.

They still love being on the road performing and singing about the things they love and inspire them – like the Lonestar State, Western landscapes, the cowboy life, horses and cows and bittersweet romance. But most of all, they love having a place to land, and coming back home to their beloved Texas, of course. Harris’ crystal-clear voice with a strong, warm vibrato is perfectly suited to this type of song.

It was clear that the musicians enjoy playing their music together, and feeding off each other’s talents. Whereas some bandleaders won’t introduce their band members until the end of a show, Harris introduced her fellow musicians right off the bat as they performed short opening solos. And throughout the evening, many songs on the extensive set list highlighted the different musicians’ talents.

“I think they are all wonderful musicians,” fan Wanda Wilkins from Fort Worth said about the evening. “I saw that they enjoy their music and enjoy performing together. And I thought their choice for the evening’s songs were spot on. I don’t think they could have done anything better. Just bring them back.”

Wilkins has followed Harris and Sandoz since their first performances at the Red Steagall days at the Fort Worth Stockyards. Her daughter Dana Williams lives in Meridian and she jumped at the opportunity to see Harris and Sandoz as a band with Walton and Phelps.

Harris’ original songs were laced in with many songs from other Texan singer/songwriters like Bob Wills – the King of Western Swing – George Strait, Roger Miller and Ernest Tubbs. They presented the whole gambit of classic South Western music by adding in some Patsy Cline, Johnnie Cash, John Denver and Roy Rogers and covered great songs from the 1930s to 1980s. The classic songs remained recognizable, but the band gave them all their own unique twist.

Besides her sublime fiddling, her warm-timbred voice was especially suited for the jazzier songs like “King of the Road,” the TexMex flair of the Gene Autry song “South of the Border,” “Plano Plains,” “Old Cowhand from the Rio Grande,” Ella Fitzgerald’s “Cow Cow Boogie,” and “Write Myself a Letter.”

In duets like “Don’t Fence me In” and “Sisters,” the duo took on an Andrew Sisters vibe in their harmonies. Other genres like Bob Wills’ “Beaumont Rag” and Big Bill Broozy’s “Ridin’ on Down” blues were performed, showing off Sandoz fiddling skills and Walton’s steel guitar.  Walton brought the 1950s to the Meridian Civic and filled the dancefloor playing “Sleep Walk.” “Sugar Moon” and Harris’ “My Window Faces South” gave Phelps a chance to shine and show his stuff on that big ol’ stand-up bass as he scatted along. The jazzy “All of Me” also particularly highlighted the different musicians.

In some songs, like “Roly Poly”, and some instrumentals, just when you thought they couldn’t pick up the impossibly high pace any more, they did. Harris also treated the audience to her frenetically-paced “Auctioneer” and yodeling. In a fun Corb Lund song “Cows Around” Harris expresses her love for her Black Angus Diamond K herd, naming a whole list of cow breeds in a frantically fast tempo.

The band plays passionately and energetically in the style they love – Western Swing – a sub-genre of country music influenced by jazz, popular in the 1930s. Western swing is a difficult musical genre to define, as it contains elements from many other musical styles, including blues, jazz, Dixieland, traditional folk and ragtime.

“Western Swing resonates in me,” Harris said – loosely translated – in a 2022 interview with the French Country Web Bulletin. “It is musically sophisticated, and artistic in its improvisation. It is exhilarating in its energy and movements and is so joyful, that you just have to love it.”

Judged by their peers and Western music connoisseurs, both Harris and Sandoz have racked up incredible accolades, showing their incredible talents. Harris currently the five-time reigning International Western Music Association Entertainer of the Year – 2016, 2017, 2018, 2019 and 2021 – and the youngest person to have received this honor. She was most recently awarded the highly prestigious 2021 Best Western Album from the National Cowboy & Western Heritage Museum for her 2020 release – her fourth album – “A Place to Land.”

And Sandoz is a three-time – 2021, 2019, 2017 – IWMA Instrumentalist of the Year and the youngest person to have received this honor, the 2019 Cowtown Society of Western Music, Rising Star of the Year.

The International Western Music Association is an organization that encourages and supports the preservation, performance and composition of historic traditional and contemporary music and poetry of The West. Members are from the United States, Australia, Canada, England, Spain and Switzerland.

Each musician is a star in their own right, but together as a band, they are so precise and crisp, they are stellar. They commanded the stage, turning back time for an evening to a simpler time of a bygone era; a time of singing songs by the campfire, of eating Sunday roast together after church, listening to a radio show or watching a black and white Roy Rogers show with the whole neighborhood at the home with the one television with V-antennas; a time of simpler enjoyment and entertainment.

And even after a whole evening of playing, Harris’ vibrato was strong as ever singing a slow Judy Garland’s “Over the Rainbow.” And they closed out with a fiddle number that picked up steam to an impossible tempo as they concluded the evening with an infectious, youthful energy, leaving the audience reluctant to go home.

After performances in California and New Mexico, Harris will be back in Bosque County Sept. 17 for the Bosque Museum’s second annual John A. Lomax Gathering. Harris and Sandoz are opening for The Oak Ridge Boys at the annual fundraiser for Powderly’s Red River Valley Veteran's Memorial. And they will be at the Stockyards in Fort Worth for Red Steagall’s Cowboy Gathering Oct. 29. 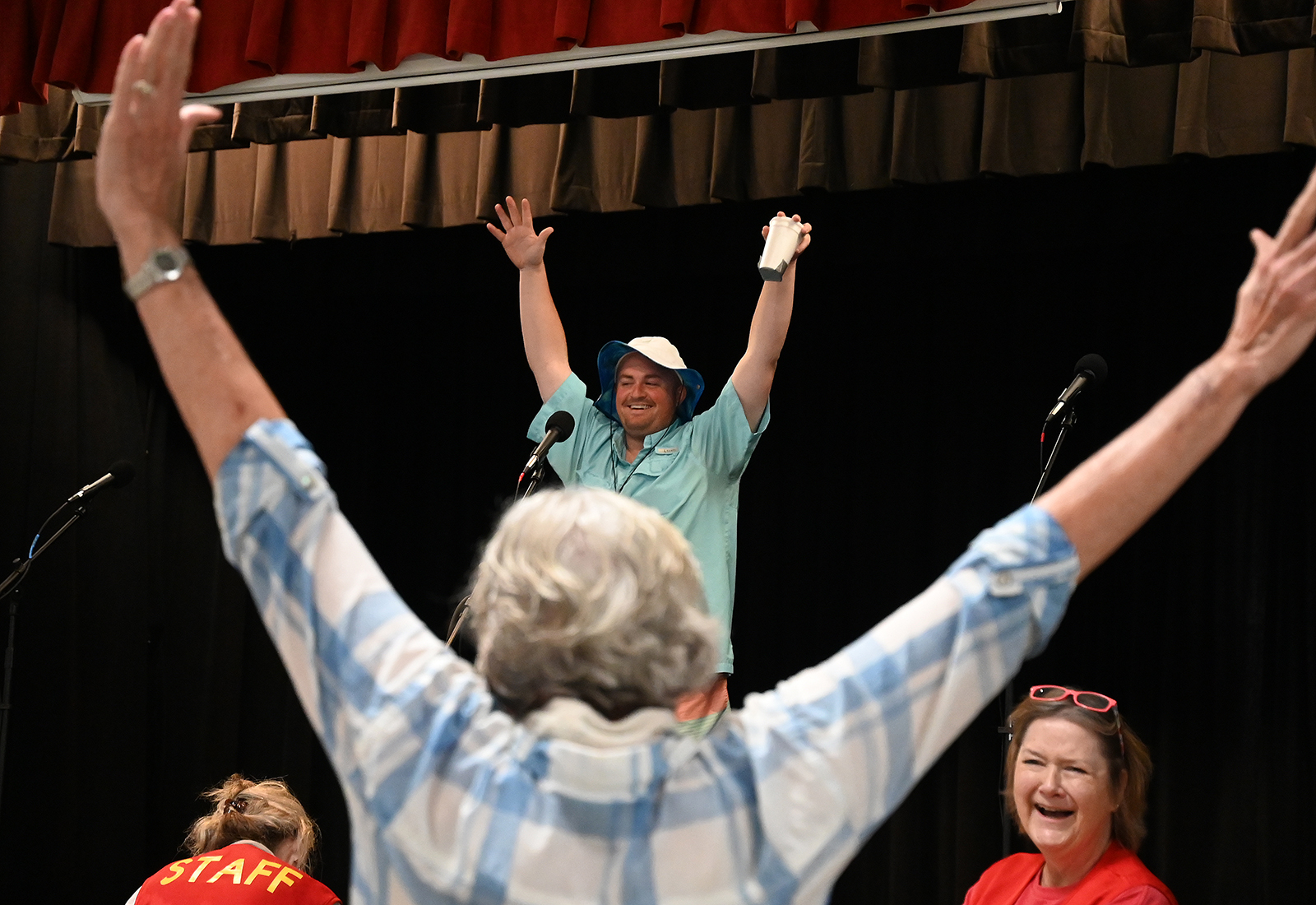 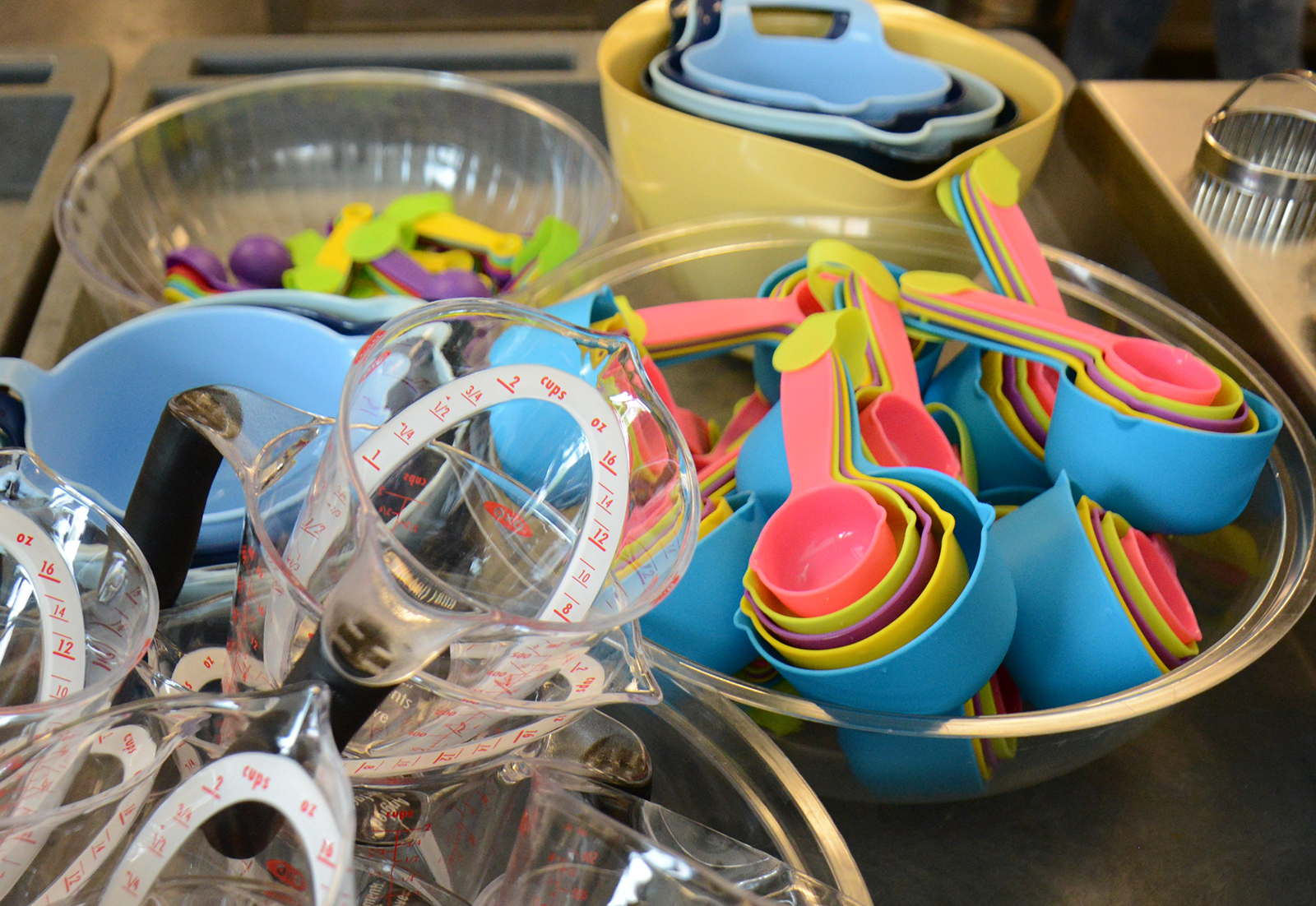