MERIDIAN – Deciding to elaborate on their 2021 Chisholm Chili Cook-off by making it a day of celebrating new parks and amenities, Meridian Parks and Recreation added abundant family fun activities for visitors to enjoy, calling their free July 9th event the Chisholm Trail Roundup – celebrating the history and legacy of the cowboys coming through the area on their iconic cattle drives from the South to Red River and beyond.

In spite of the searing heat, the people that came to Meridian Saturday were treated to a fun, family-oriented event with a diversity of activities celebrating family, community, Meridian’s Parks and the new and improved amenities they offer, county and nation.

And the Bosque Boot Scootin’ Live Music & Dance series concert at the Meridian Civic Center in the evening by Kristyn Harris and her band was all about celebrating Texas Swing and classic Western music.

The event Saturday started with the ceremonial flag raising at the new flag pole. And what better place to proudly fly the nation’s colors than between the John A. Lomax Amphitheater and the Chisholm Trail Plaza – the premier, new facilities that came to fruition thanks to the efforts of the Parks and Recreation Committee and Grassroots?

Meridian Mayor Ryan Nieuwenhuis expressed his thanks to the donors and volunteers that made the flagpole possible; and to the Clifton chapters of the American Legion and Veterans of Foreign Wars members present, who put just the right amount of gravitas on the ceremony.

“From a city standpoint I am so proud of our citizens for always being so supportive, and for what our town has done the last few years,” Nieuwenhuis said on Monday. “There have been drastic changes made to our city parks and we now have something to be proud of for many years.”

“The Meridian Parks and Recreation Board has brought back life to Meridian and I could not be more proud of all of their accomplishments. Don Hatley and all Parks and Recs members put in a tremendous amount of time to planning and organizing this event.”

And it took a lot of sweat and hard work to get the parks ready for the event, which stood in celebration of community, Meridian’s parks and everything Texan.

Thanks to the Cen-Tex Classic Car and Hot Rod Club Show and Shine visitors could admire some beautifully restored cars, most American designed and made; from Jerry Mobley’s blush pink 1956 Cadillac Sedan de Ville – the same car Elvis bought his mother, to his more modern Cobra which won the Meridian Police Department Chief’s Choice award.

Being part of the Club and going to car shows with many of his classic cars allows him to see what other people to their cars, what personal touches they might add, and he enjoys the visitor appreciation for his vehicles.

“People light up when they see a car they know from their past,” Mobley said. “Through those cars they relive part of their life.”

Twelve cookers – some of whom are well known in the CASI-sanctioned competition circuit – showed up for the open Chisholm Chili Cookoff, with cash payouts.

Sherry Clark enjoyed the fact that she could “paint outside the lines” of CASI competition chili cooking rules for this cook off, making it possible for her to use her own grown produce, like jalapenos, garlic, tomato paste and tomato water. Her secret “making it up as I go along Higher Ground Chili” which included both beef, venison, bacon grease and a lot of TLC, secured her a fifth place.

Her partner Tony Woodruff came in second with a tried-and-true CASI winning recipe borrowed from Terlingua winner Jason Gaoins. Tony Woodruff and the Meridian Chamber of Commerce cook team initially tied for second and third place, with a tie-breaker judging round earning him the needed extra point to win. They were all beaten out by chili cook off champion Guy Paulson.

Robert Ray unconventionally used three different peppers, some chili beans and brown sugar to his slow-cooked, mocha-colored chili with a nice after-burner. This “Texas Two-Step” recipe had gotten him first place twice last year. But at the Chisholm Chili Cookoff, it unfortunately did not please the judges as much.

The cookoff hoped to attract competing Volunteer Fire Department teams, offering a special First Responder prize. But after battling the stubbornly reigniting Hardcastle fire off Highway 144 all week, the VFD-teams were all recuperating from exhaustion. But, as Bosque County residents do – showing their sense and support of community – several of the events in the Chisholm Trail Roundup ended up being fundraisers for the Meridian VFD.

Raffles sold by the Centex Classic Cars and Hot Rods Club, the dunking booth proceeds, Meridian Parks and Recreation’s cut from the games entry fees, together with individual donations and the donation box contents brought in just over $3000 for the Meridian Volunteer Fire Department.

And six Margarita mixologists had fun mixing up their alcoholic concoctions for the judges. Nieuwenhuis and his wife took second and third place, with Meridian City Council member Jackye Hatley taking first place with her jalapeno-infused libation. All three donated their cash winnings to the Meridian VFD. Nieuwenhuis’ grandmother Vicki Young as did the Chamber of Commerce, their chili winnings to the MVFD.

“What a fun weekend,” Niewenhuis said after the event. “I mean, where in Bosque County can you get margaritas, chili, dunk a school teacher or Mayor, dance the night away and sweat to death.

“The chili and margarita cookoff was a great turnout for the weather. The only complaint I heard was they wish that it was maybe earlier in the year when it was cooler but regardless everyone seemed to have a fantastic time. None of these things would be possible without the many volunteers and sponsors who put in their time and money.”

“The dance was the icing on the cake. It was well attended from people all over to hear the Kristyn Harris Band play songs that everyone could enjoy. They are quite the talent. And I appreciate Brett Voss for always being willing the handle the sound system.”

“Last but not least I want to send a special thank you to Rubin and Jehramy Felan. They took the games to a whole new level and they are looking at doing those same events hopefully once a month. I get so excited when I drive across the bridge and see the park full of people, especially young children.”

The dunking booth and the water slide sure made it fun to be out in the park as parents enjoyed taking part in the many tournaments organized for the day – horseshoe, washer, corn hole, whiffle ball, three-on-three basketball, and even a spontaneous watermelon-eating contest. The diehards sought shelter under the bridge during the short, but downpour mid-afternoon, to recommence their tournaments and kept on playing until long after dark.

Rounding off the event with some soberness was the Sunday morning breakfast and church at the Meridian Civic Center, which was all about celebrating community and family. And even though they were pretty tired after all the preparations and coordinating the event in the sweltering summer heat, the Meridian Parks and Recreations Board is ready to debrief, tweak and start planning the next year’s Chisholm Trail Roundup with the goal to build on and improve this free community event. 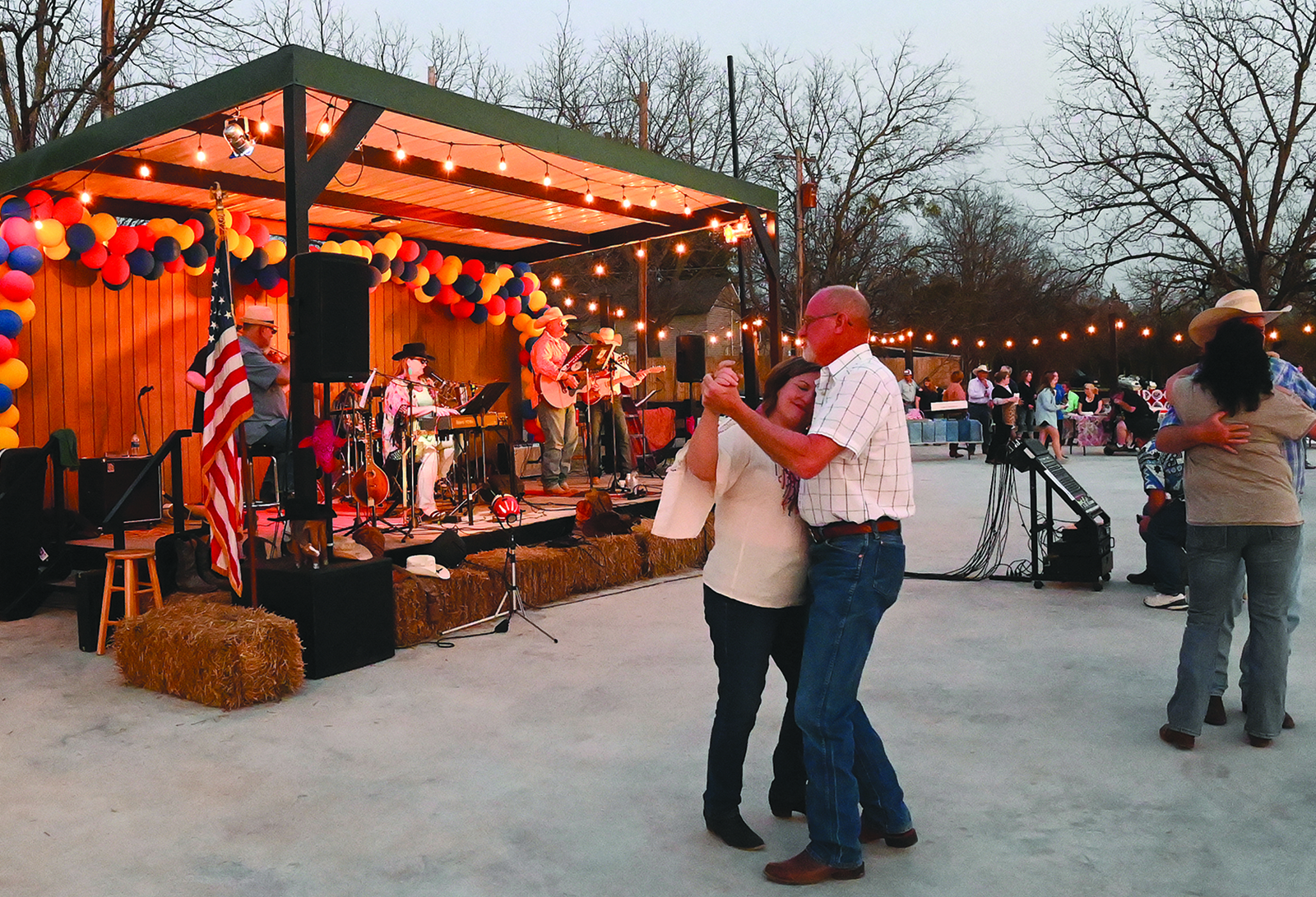 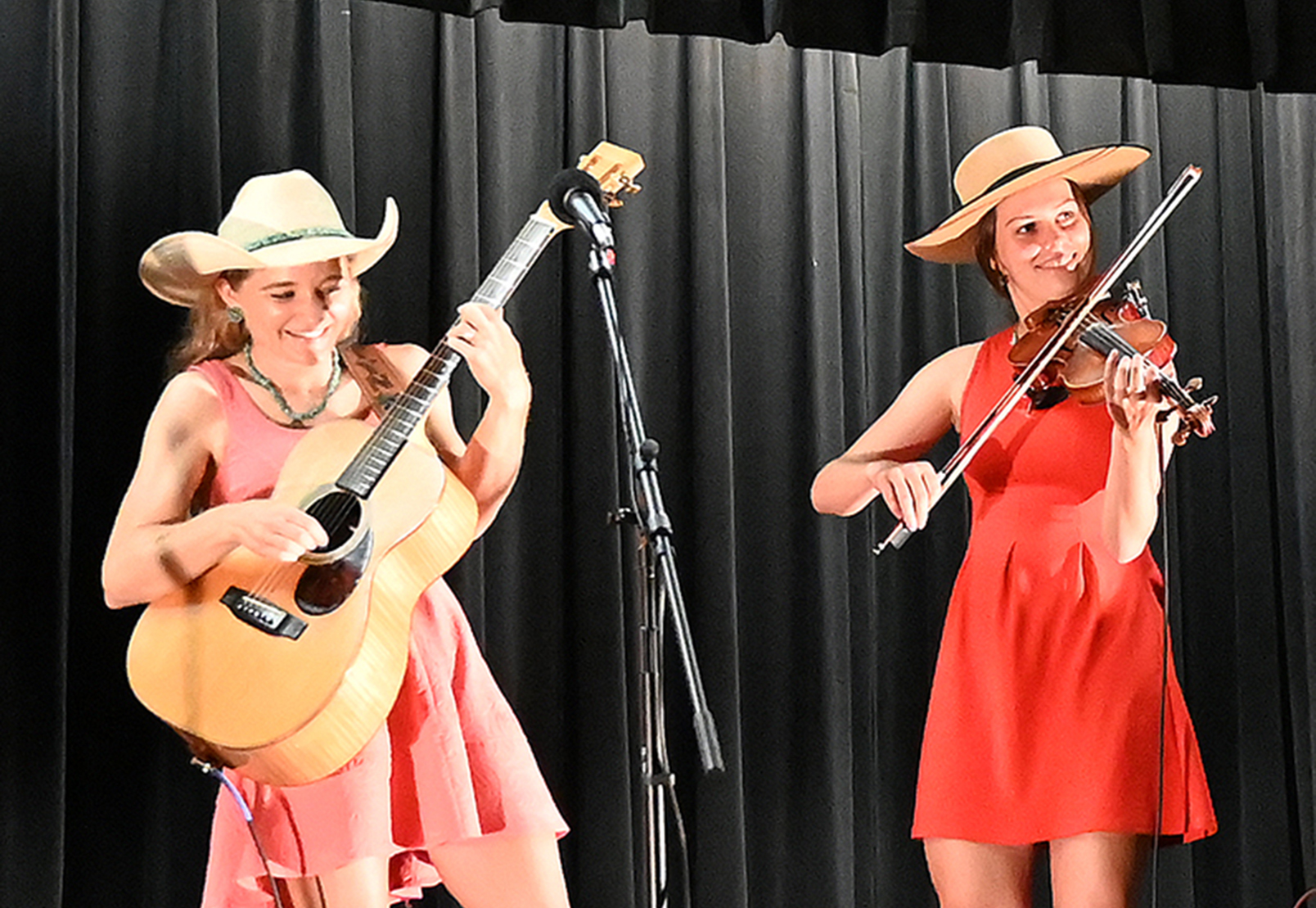