In Service of Others

With the sunlight filtering in through the boughs of the ancient oak trees eight beautiful balsam fir wreaths with deep red bows lay in the back of a white pickup truck at the Lane’s Chapel Cemetery. On this crisp Dec. 17 morning, the wreaths did not symbolize the Christmas season, but were intended to remember fallen U.S. veterans, honor those who serve and served, and teach the next generation the value of freedom in a Wreaths Across America wreath laying ceremony.

The Lane Chapel location was one of the over 3,700 locations across the United States. As people gradually arrived at the more remote site near Mosheim, WAA location coordinator Vickie Mitchell assisted by Charlotte Turner placed military branch flags on each one of the wreaths in preparation of the ceremony. At 11 a.m., other WAA ceremonies were underway at the Clifton and Trinity Lutheran Cemeteries, Clifton Memorial Park, Our Saviors Lutheran Church Cemetery at Norse, Rock Church Cemetery, Cranfills Gap Cemetery, Boggy Cemetery and Spring Creek Baptist Church Cemetery.

Established in 1880, many generations of Bosque County residents are laid to rest at the Lane’s Chapel Cemetery there. For Clifton’s Turner, she will be one of the fifth generation to find their final resting place here. Her father, a retired Marine grew up in the Mosheim area. She and her brother Leonard laid wreaths on graves of their brother Vietnam veteran Lloyd Lee Turner, who served in the Navy on the U.S.S. Enterprise, and two brothers-in-law Korean conflict veteran H.L. Watson and Burton Carpenter a World War II Army veteran.

From the Revolutionary War to present day conflicts, the nation’s veterans are devoted sons and daughters, fathers and mothers, sisters and brothers. They come from all backgrounds in life to place those lives on the line for the nation’s freedoms. Like Mitchell, Clifton WAA location coordinator Kathy Harr quoted 40th United States President Ronald Reagan’s words on the price of freedom as part of the ceremony

“Freedom is never more than one generation away from extinction,” Reagan said. “We didn't pass it to our children in the bloodstream. It must be fought for, protected, and handed on for them to do the same, or one day we will spend our sunset years telling our children and our children's children what it was once like in the United States where men were free.”

WAA’s mission touches the lives of thousands of school, scout, civic and religious groups across the country through fundraising for wreath sponsorships. This year the Clifton WAA partnered with Clifton High School Junior class – instead of selling cookie dough the junior class chose to sell wreath sponsorships for WAA. Furthermore, Clifton High School students played “Taps” in honor of the veterans – Jacob Nickels at Lane’s Chapel and Caitlin Crosby in Clifton. Additionally in Clifton, there was a three-volley salute by members of the Veterans of Foreign Wars chapter 3558 and the American Legion Chapter 322.

It takes an army of volunteers with a strong emotional connection, a love for America and appreciation for military personnel and veterans to make the National WAA Day what it is today. It started with humble beginnings, when in nearing the end of the holiday season in 1992, the Worcester Wreath Company in Maine had a surplus of wreaths. As a 12-year old, a trip to the Arlington Cemetery in Washington D.C. left a lasting impression on the company’s owner Morrill Worcester. Remembering his boyhood experience at Arlington, Worcester realized he had an opportunity to honor the country’s veterans. With the aid of Maine Senator Olympia Snowe, arrangements were made for the wreaths to be placed in one of the older sections of the Arlington cemetery, which had been receiving fewer visitors with each passing year.

The annual tribute went on quietly for several years, until 2005, when a photo of the Arlington headstones covered in snow and adorned with wreaths, circulated around the internet. Suddenly, the project received national attention. Thousands of requests poured in from all over the country from people wanting to help with Arlington, to emulate the Arlington project at their National and State cemeteries, or to simply share their stories and thank Morrill Worcester for honoring our nation’s heroes.

With initially 33 locations in 2008, there are now 3,702 participating locations across the country. Over 2.7 million veterans are remembered as each name was said aloud and remembered as over two million volunteers help place wreaths on headstones of veterans across the country. Back in 2018, Grover McMains started the WAA in Bosque County with a wreath laying at the Cranfills Gap, Rock Church and Boggy cemeteries.

“It is heartening to me to be a part of this wonderful event,” McMains said. “The volunteers are very dedicated and committed.”

Harr said she is proud of the work of those who have helped bring the WAA Program to Bosque County, but says she hopes the program will spread to include every cemetery and every veteran’s final resting place throughout the county. Each live, balsam veteran’s wreath is a gift of respect and appreciation; a small gesture of gratitude. Already close to 1300 balsam wreaths destined for Bosque County arrived from Maine a week prior to National WAA Day and volunteers designated the receiving graves in preparation for the ceremonies.

Each location has their own representative coordinating the sponsoring of wreaths, the ordering, the organization of the wreath laying ceremony and finally the clean-up. Harr welcomed folks to adopt more cemeteries for future wreath-laying ceremonies in Central Texas.

”The greatest reward for me is when a new location is added, especially in Bosque County,” Harr said. “We need more location coordinators. Oswald Cemetery is one that is open for a volunteer to take on.”

For Clifton, Lane’s Chapel and Our Savior’s Lutheran it was their second year to participate. At the Spring Creek Baptist Church it was their first year. This years left over wreaths were donated to the Meridian Cemetery, in the hopes they will be a participating location next year.

“We understand we have Veterans Day in the fall and Memorial Day in the spring, but our service members sacrifice their time and safety every single day of the year to preserve our freedoms,” WAA says. “In many homes, there is an empty seat for one who is serving or one who made the ultimate sacrifice for our country. There is no better time to express our appreciation than during the hustle and bustle of the holiday season.”

At the different locations, ceremonial wreaths for each military branch – including Army, Navy, Air Force, Marines, Coast Guard, Space Corps are placed. There is also a wreath for the 93,129 Prisoners of War and those Missing in Action. At Lane’s Chapel Naomi and Charley New and Kyleigh Busby, along with trumpet player Jacob Nickels represented the next generation being taught about the sacrifices service men and women and their families made for democracy and the nation’s freedoms.

“We are all proud to be Americans that live in a free society made up of many people, from many walks of life,” Mitchell said when starting the WAA ceremony at Lane’s Chapel. “The freedoms we enjoy today have not come without a price. Lying here before us and in cemeteries throughout this nation are men and women who gave their lives so that we can live in freedom and without fear. We can worship as we see fit. We can raise our children to believe as we do. We are free to vote for the leaders of our choosing. And we have the right to succeed and we have the right to fail at whatever endeavor we wish to pursue.”

“There is something singularly beautiful and appropriate in the music of this wonderful call,” Norton said. “Its strains are melancholy, yet full of rest and peace. Its echoes linger in the heart long after its tones have ceased to vibrate in the air.”

And that lingering echo would certainly be the case at the WAA ceremonies across the county, the state and the nation, resonating with those present in a moment of serene pause and reflection; giving them a chance to remember and honor the veterans in their final resting place. 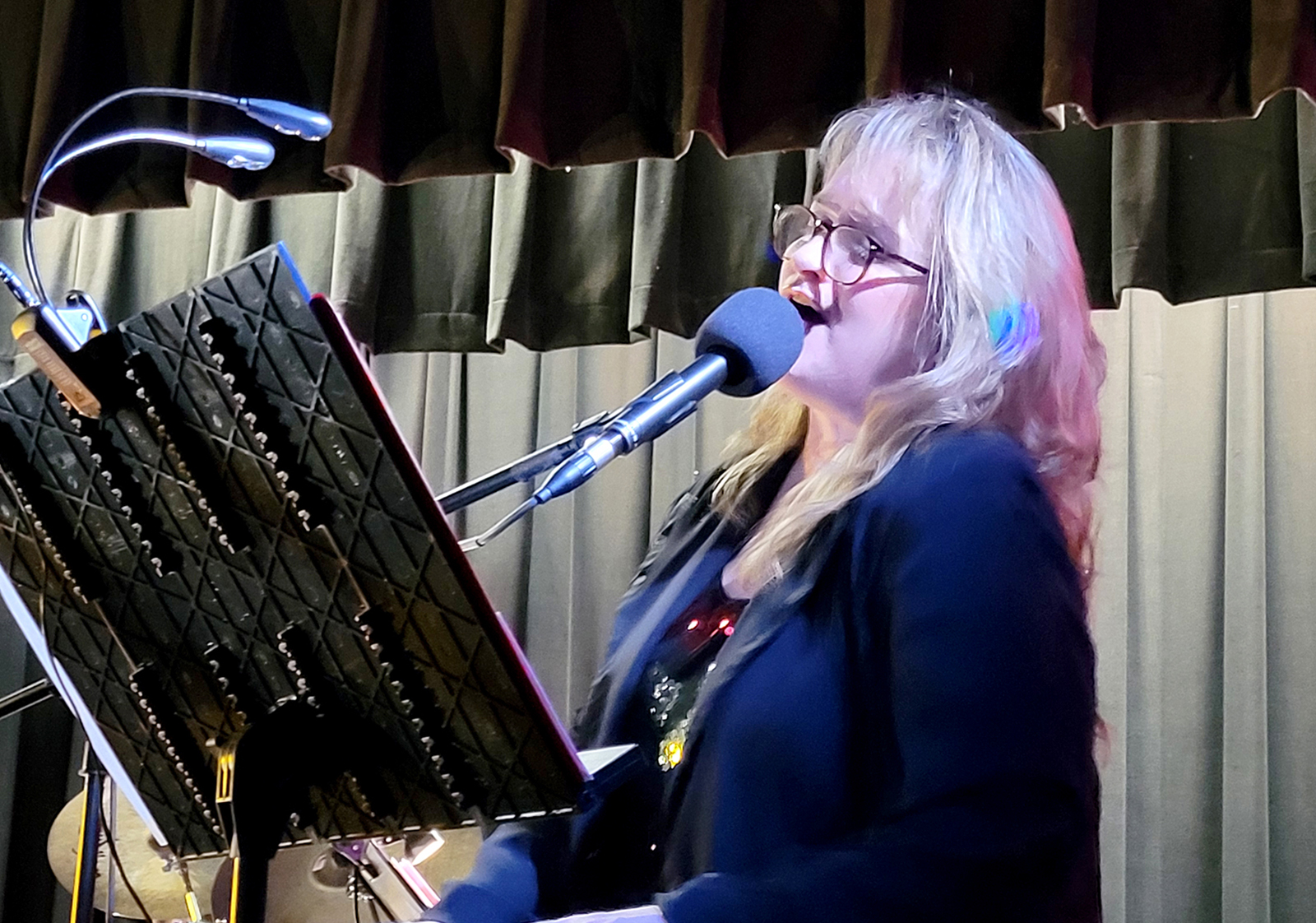 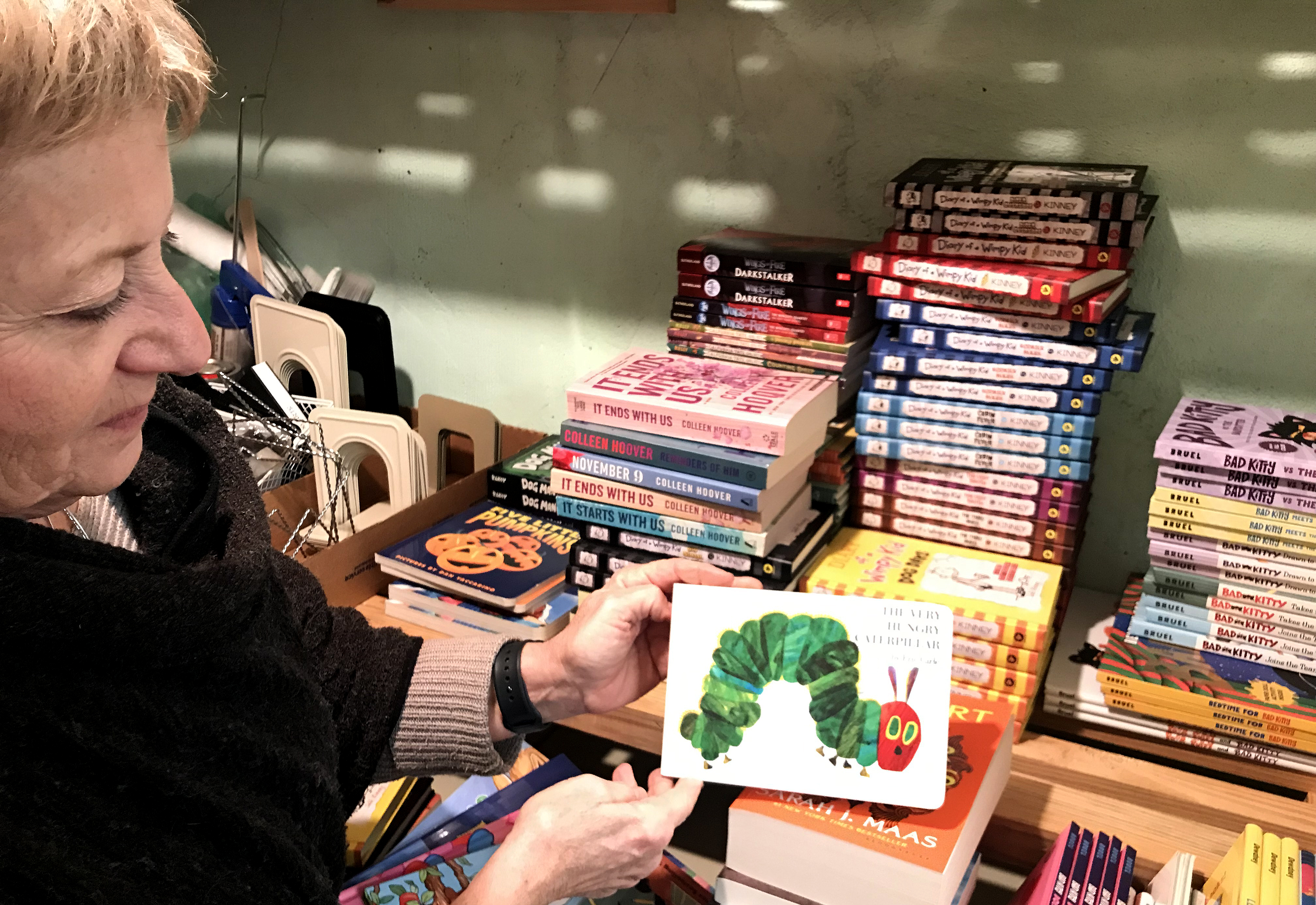