Home›Events›Party Politics in the Park

Party Politics in the Park

MERIDIAN -- For all walks of life, it's been a Spring like none other any of us have seen in our lifetime -- young and old alike. But as we attempt to phase into a new normal and the Summer heat sets in, the 2020 Election cycle returns hitting on all cylinders.

Along with more than 30 races across Texas, Bosque County will get an early start as Clifton Police Chief Trace Hendricks battles Chief Deputy Sheriff Clint Pullin in the Republican Runoff Election for the open Bosque County Sheriff seat July 14. The winner will face Democrat candidate Danny Ragsdale in the 2020 General Election Nov. 3.

Although originally planned as  an outdoor event at the Bosque Bottoms Pavillion, a high temperature of 102 degrees forecasted for Tuesday led to moving Bosque Republican Party In The Park indoors.

In an effort to re-engage the voting public, the Bosque County Republican Party will host its pre-runoff "Party In The Park" Tuesday, June 16 at 6:30 p.m. at the Meridian Civic Center. Although originally planned as an outdoor event at the Bosque Bottoms Pavillion, a forecasted high temperature of 102 degrees for Tuesday led to moving indoors.

The Bosque County Sheriff Republican Runoff Election July 14 will be the focus of the evening with both Hendricks and Pullin delivering campaign speeches, followed by a brief moderated question-and-answer session.

"This has been a difficult campaign season for all involved," Bosque County Republican Party Chairman Janet Jackson said. "The COVID restrictions have not only delayed the Primary Runoff for our two sheriff candidates, but it also restricted them from the usual social interactions for campaigning.

"Early voting begins in Meridian and Clifton on June 29, so we want to provide an opportunity for the public at large to meet with Clint Pullin and Trace Hendricks before voting."

In addition to rebooting the sheriff's race, the Bosque County Republican Party will present the 2020 Sherrod Fielden Patriot Scholarship recipients to five Class of 2020 graduating seniors: Colby Caniford, Dakota Cassidy, Dacey Dietiker, Ella Therese Edmiston and Riley Perry. This will mark the first time the scholarships will be named in honor of Sherrod Fielden, the Bosque County Poet Laureate and U.S. Navy veteran who passed away Nov. 9, 2019.

To make the political rally complete, music will be provided by The Bosque Gents -- Brian and Bryce Barrett -- with Miriam Wallace, 1/4-pound grilled hot dogs with chips, cookies and teas will be on sale, and the Trump Store will be open the entire evening.

But for the most part, voters will be on hand to hear what the two Republican candidates have to say in seeking to become Bosque County Sheriff with incumbent Anthony Malott choosing to not seek re-election after holding office since Jan. 2009. And it's been awhile since this hotly contest race has drawn public attention.

Initially a three-man race on the Republican Primary ballot, Hendricks and Pullin earned spots in a runoff election for the right to take on Ragsdale, who ran unopposed on the Democratic ballot.

Despite trailing with nine of 11 precincts reporting on Super Tuesday held March 3, Hendricks handily carried the two Clifton-based precincts reporting late to surge ahead of Pullin and win by only 209 votes with 4,097 total ballots counted. Hendricks finished with 38.6 percent (1,583 votes) of the vote, followed by Pullin with 33.5 percent (1,374), while retired veteran Larry Betik finished with 27.8 percent (1,140).

Since none of the candidates for County Sheriff managed to draw more than 50 percent of the vote, Hendricks and Pullin move on to the Texas Primary Runoff Election. Originally scheduled to be held May 26 with early voting opening May 18, COVID-19 forced the postponement of the runoff with early voting now beginning June 29.

"As a candidate, I am confident, competent, qualified and experienced for the position of Sheriff of Bosque County," said Hendricks, who has served as the Clifton Police Chief for the last seven years, worked in the CPD for nine years and brings 30 years of law enforcement experience to the table. "I feel that I have exhibited my leadership abilities not only in my current position, but throughout my career.

"I believe I have proven my effectiveness and adaptability, while maintaining the trust and confidence of those I serve. I have been successful in building and maintaining a positive working relationship with my communities leadership while earning their confidence in my abilities, knowledge and leadership."

Serving as the Chief Deputy for the last seven years, Pullin has worked in the Bosque County Sheriffs Office for over 11 years and holds 28 years of experience in law enforcement.

"I believe I am the right choice for Bosque County Sheriff because I am a Bosque County native," Pullin said. "Born and raised in Bosque County, I went to school here, my children go to school here. As second in command, I am currently running the Sheriffs Office with all its departments for Sheriff Malott.

"I am also conservative with the taxpayers' money at budget time. I prepared budgets totaling roughly $4,000,000. I have saved Bosque County thousands of dollars by obtaining new equipment through grant money at no cost to citizens. And I will continue to have an open door policy with any and all citizens. I will be a full-time Sheriff."

With the COVID-19 shutdown putting Bosque County under stay-at-home orders by Texas Gov. Greg Abbott, Hendricks put his campaign on hold to focus on the needs at hand during the crisis.

"During the shutdown, I chose to concentrate on helping my community to remain calm and urged them to follow protocols provided by medical professionals," Hendricks said. "I kept in contact with my supporters and answered questions as they were asked, but I did not actively campaign as I felt it more important that families focus on staying healthy and informed during the pandemic."

While Hendricks managed to avoid most of the controversy while campaigning for the March 3 Texas Primary, Betik repeatedly provoked Pullin to engage in clashes that often turned into heated confrontations on social media as well as in public face-to-face battles at forums and debates.

As the national, state and local 2020 election season kicked off earlier in the year, the Meridian Grassroots Association and Southern Cross Creative hosted a non-partisan debate Feb 6 before a capacity crowd at the Meridian Civic Center between the candidates running for Sheriff in the primaries. Ragsdale declined the invitation to participate.

"As I resume my campaign, I am committed to continuing to run a positive and clean campaign," Hendricks said. "I will not engage in, nor respond to, negativity or mud-slinging. Post COVID, my campaign platform remains the same.  I have spoken with and listened to the concerns of the citizens, and I am looking forward to the opportunity of working towards solutions to issues that exist and those that may arise in the future."

Likewise, Pullin found his opportunities to talk to voters during the shutdown limited as he chose to suspend his campaign to focus on taking care of family, friends, neighbors and communities.

"I have chosen not to be out campaigning for I believe there is a time and a place for everything," Pullin said. "I would like to encourage everyone to be considerate of others and practice patience. And know that my door is always open if you have any questions or concerns."

So when Pullin found himself being asked questions, he had answers.

"I have been asked why do I wish to run for Sheriff in a time of sickness, a time of riots and high unemployment," Pullin said. "My response is that I have wanted to run for Sheriff since I was 19 years old. I was born in Bosque County, raised here in Walnut Springs, and I currently live here along with my Pullin and Outlaw families. My kids go to school here in Bosque County. This is my home, where I choose to raise my family. 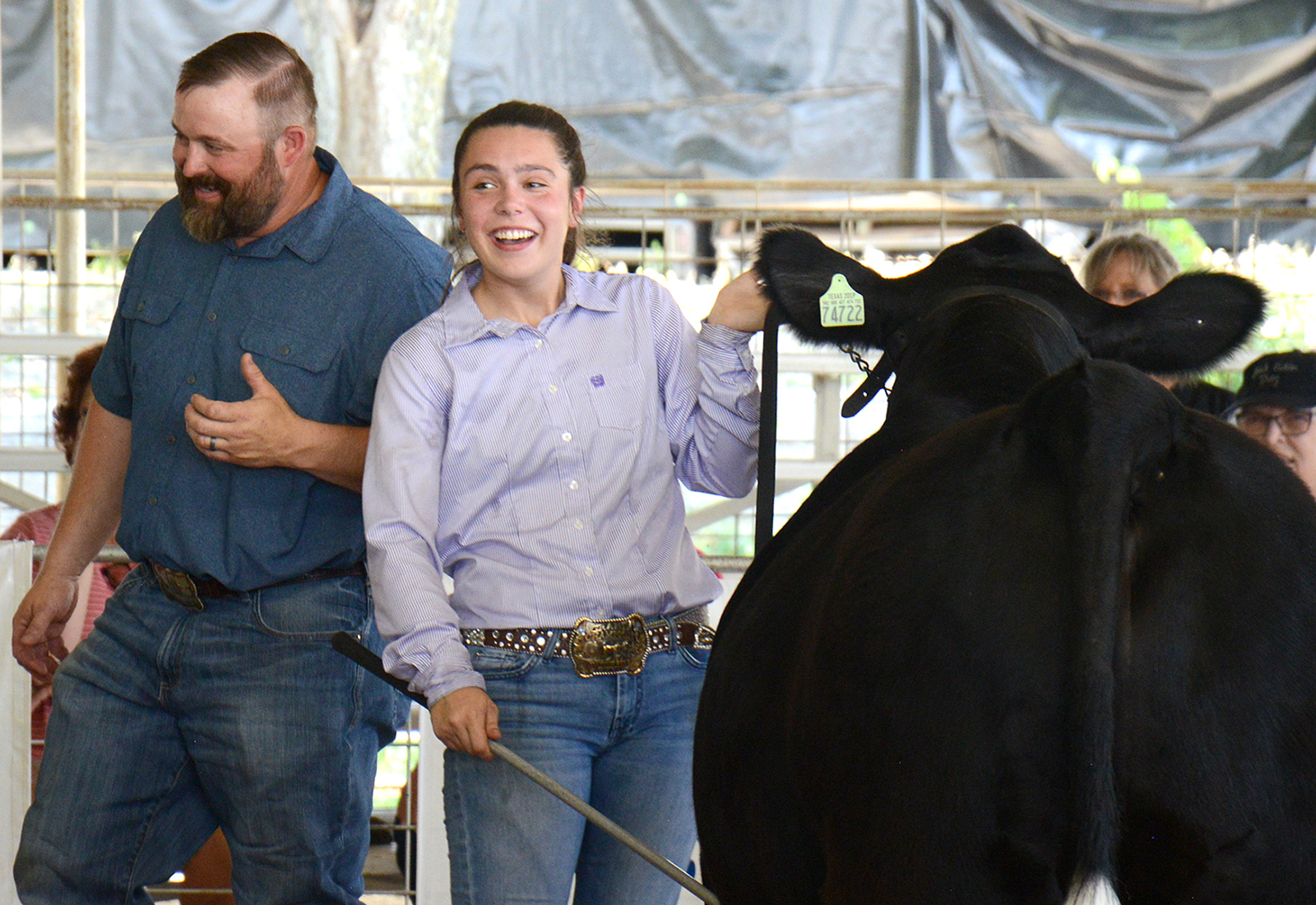 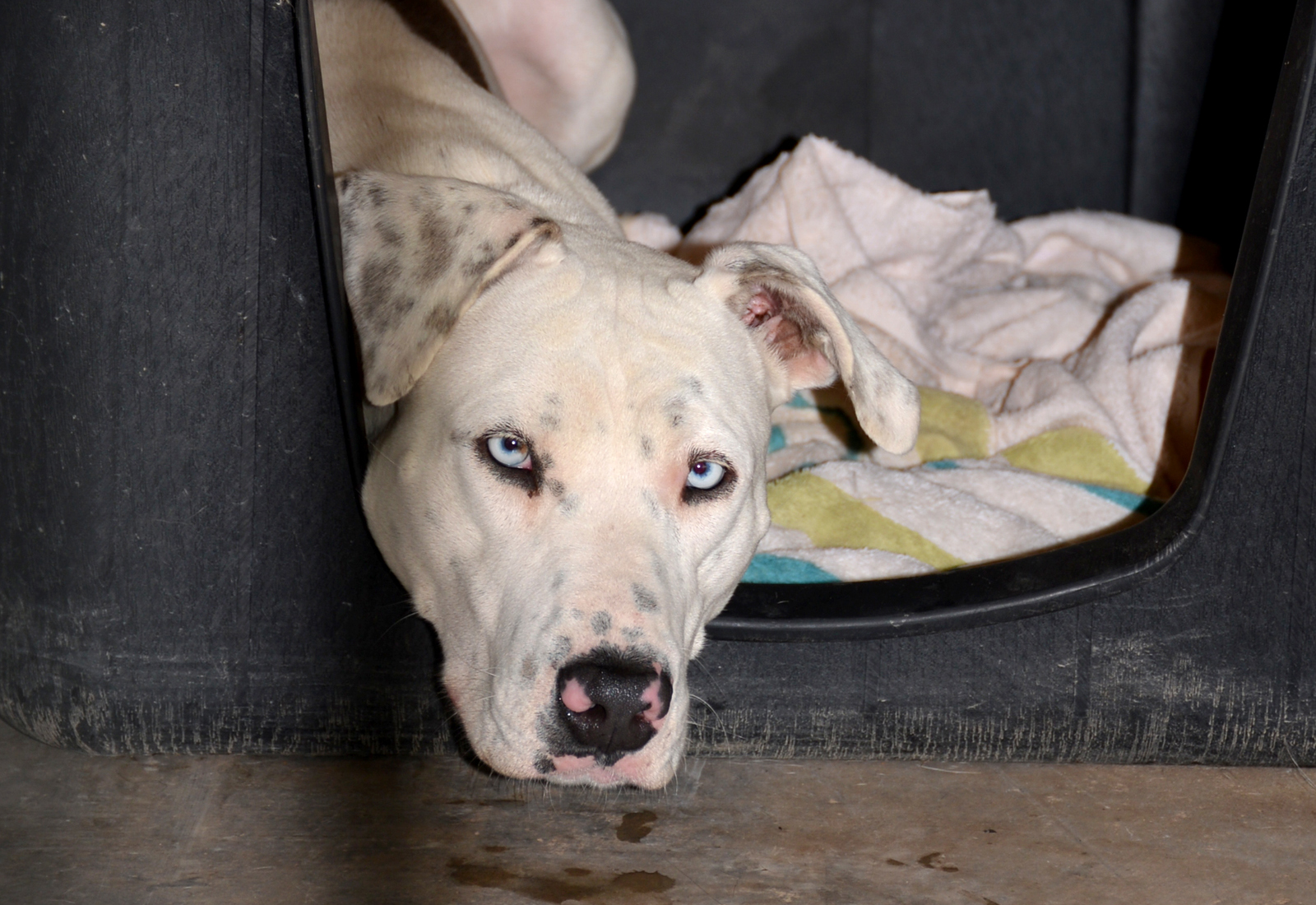 Going To The Dogs, Two-Fold