Not even a raging bull could keep the determined Bosque County Chief Deputy Clint Pullin from pursuing his lifelong dream through perseverance.

Trampled by a bull three times last December, Pullin sustained a crushed shoulder, broken ribs, broken sternum, fractured vertebrae and a collapsed lung. But the career law enforcement officer picked himself up, underwent three surgeries, grinded through grueling physical therapy, and found his way to the podium to debate his Republican opponents for the office of Bosque County Sheriff just over two months later.

"I have wanted to run for Bosque County Sheriff since I was 19 years old," said Pullin, running for the seat held by Sheriff Anthony Malott since 2009. "I did not just think of this last month or last year. I thought of running for this position about 27 years ago. I am not a quitter, and I continue moving forward when things get tough."

And certainly, the going has been tough during his quest to capture the Republican nomination to run against Democrat candidate Danny Ragsdale in November. After earning a spot in the Runoff Election in the hotly-contested Texas Primary on Super Tuesday in March, the novel coronavirus COVID-19 pandemic shut down the country and postponed the runoff for what Texas State Representative DeWayne Burns calls "the longest runoff election in American history."

"It has been a long ride," Pullin said. "We have seen a lot of campaigning, forums, seen the coming and spreading of COVID-19. We have seen schools closed along with bars, restaurants and stores. We have seen unemployment soar and protests around the country.

"Through everything, I am still determined to be your Sheriff -- through all the ups and downs that have happened during these time. I am committed to giving the citizens of Bosque County the safety and security they need. I am here for each and every citizen, and my door will always be open."

Born in Clifton and raised in Walnut Springs, Pullin's roots run deep in Bosque County. Both parents, Larry and Randy Outlaw Pullin, graduated from Clifton High School, and his mother served as Bosque County Treasurer for 18 years. Both sets of grandparents, Walker and Valerie Pullin and Clyde and Katie Outlaw, made Bosque County their lifelong homes.

Accumulating 28 years of continuous active law enforcement experience, Pullin became a reserve police officer for Clifton Police Department before being hired at the Hood County Sheriff’s Office as a deputy, where he worked 16 years in various positions as a jailer, deputy, shift supervisor, juvenile crimes investigator, adult crimes investigator, Patrol Lieutenant, and then Patrol Captain, placing him third in command of the Sheriff's Office.

In 2009, Pullin went to work at the Bosque County Sheriff's Office as a criminal investigator before being promoted to Chief Deputy in 2013.

“Now, I have been Chief Deputy for approximately six years,” Pullin said. “I believe I have kept the Sheriff's Office in touch with the public and have fulfilled the needs of serving and protecting the citizens of Bosque County. I am honest, respectful, morally capable, experienced and determined. I have helped Sheriff Malott run our Sheriff's Office, and I am proud of what we have accomplished.

“Since becoming Chief Deputy, the Sheriff’s Office has been able to offer our deputies, jailers, dispatchers and other administrative personnel more training on a wide variety of subjects and topics. The Sheriff’s Office has applied for grants to receive vehicles, much needed equipment, and training at little to no cost to the citizens of Bosque County or the taxpayers. I believe in utilizing our resources and using them responsibly.”

Going beyond the job, Pullin began building a life as a family man when he married Brandy in 2012 and became the father of her two children, Matthew and Emmalee. Then three days after being promoted Chief Deputy, Clint and Brandy welcomed a new member into the family when Eli Walker was born.

“I am a Christian family man, and I have been married to my beautiful wife for over eight years now,” Pullin said. “We have three children that range from 20 years old all the way down to six years old. Our home life normally revolves around helping others, supporting our community and being very involved in our children’s activities.

“My younger two children go to school here in Bosque County. My oldest is off at college, maintaining a 4.0 to stay on the Presidential Deans List every semester. I am beyond proud of my wife and children and all of their accomplishments in life, school and work.”

Clint Pullin presents his son Matthew with his diploma.

After spending his entire career building a resume worthy of this moment, Pullin hopes to take one more step toward realizing his lifelong dream when the results come in during next Tuesday’s runoff election.

“I would like to thank the multitude of supporters for standing with me through this very long election period,” Pullin said. “I thank the mayors of Bosque County for their support along with a number of Chief Deputies across the state. I want to thank those citizens in Bosque County who have stood by me, donated either time or money during this campaign.

“I am still out campaigning, and I am enjoying meeting citizens while respecting social distancing. Thank you all. We are almost there. One week from today, we will find out which candidate moves on to face the Democratic candidate in November.”

Pullin’s community service includes being a Member of the Bosque County Hay Show Committee as well as being a member of many other organizations while serving on several committees either for Walnut Springs or Bosque County. 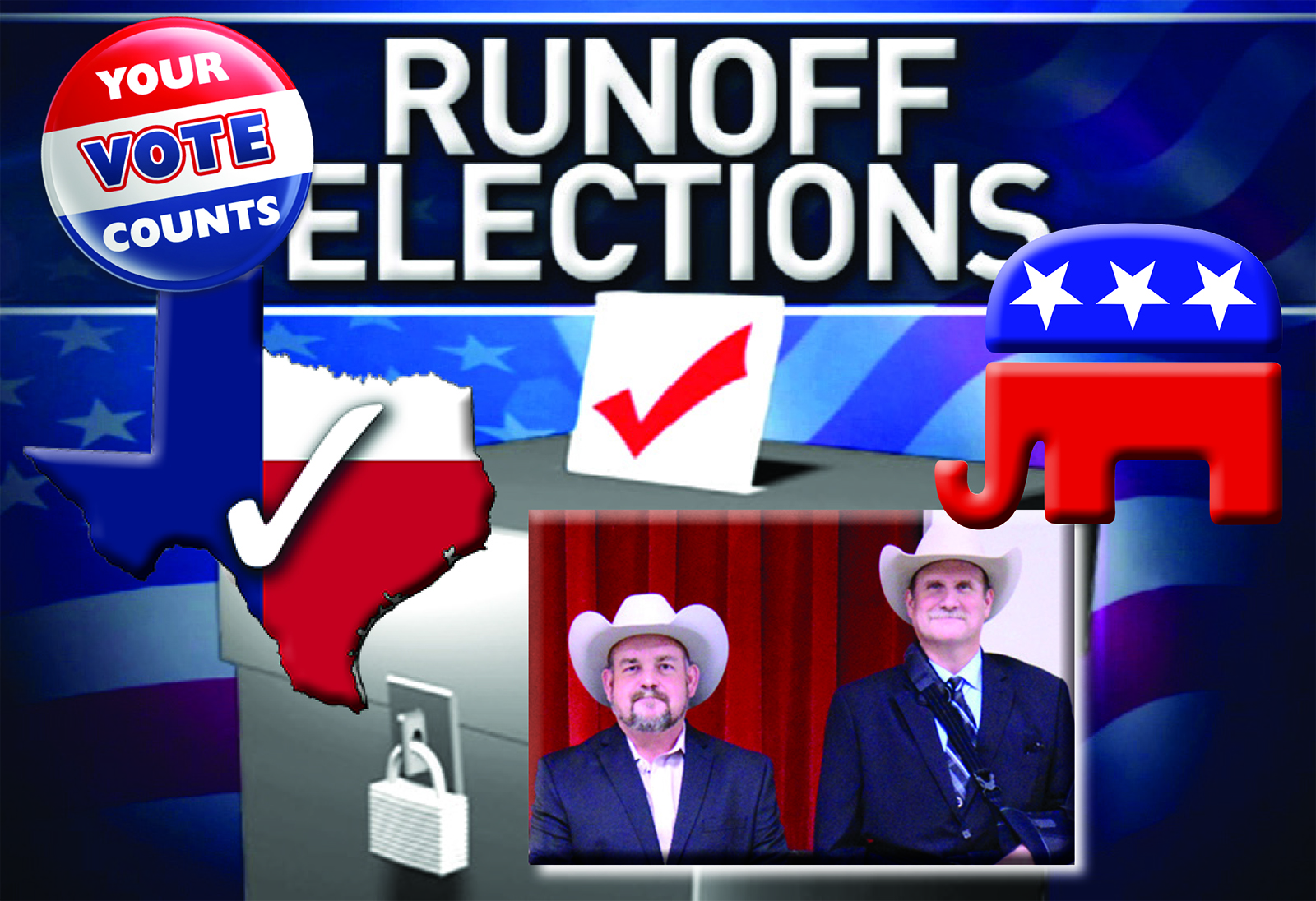 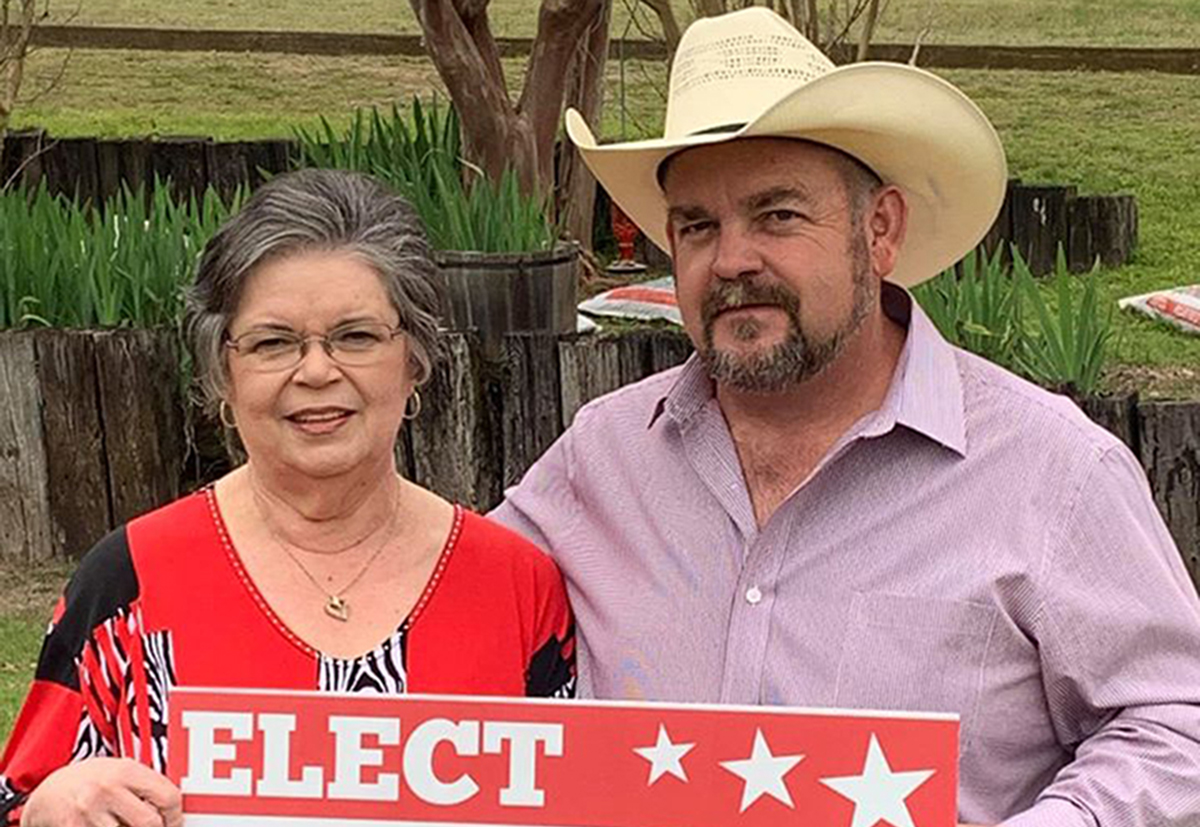