CLIFTON – Like all good plans, it sometimes takes a while to come to fruition. Establishing the Bosque Film Society proved to be one of those things. But now, the BFS stands ready to kick off in full force with its Halloween Free Film Fest Oct. 28-31 at the beautifully-restored, historic Cliftex Theatre in Clifton.

Formed in October 2020, the founding board held some initial meetings to discuss mission and vision, practical decisions about recruiting members, a few initial film appreciation evenings and throwing around ideas regarding special events.

Some of the recent membership drive posts on Facebook and at the Cliftex Theatre have peaked film enthusiasts’ interest in the society, and over 75 new members have signed up. Offering information about becoming a member as well as an opportunity to pose with a favorite full-sized cutout of an iconic film character, the BFS had a booth at the annual Clifton FallFest Oct. 16.

To celebrate this successful first membership drive and to keep the momentum going, the BFS has announce a four-day Halloween-themed movie event in association with the Cliftex Theatre with free admission to the public, thanks to the generous donations from patrons. And walking the walk, not just talking the talk, the board is in the process of producing its first short film – Gal Manns Skrik: Mad Man’s Scream – inspired from scenes in some of the most popular horror and suspense classics of all time.

"We are all excited about the direction we are going with the Bosque Film Society right now," BFS found board president Brett Voss said. "Our Halloween Free Film Fest is just one example of how we want to bring some free, fun, family entertainment to our community. And we couldn't do it without our generous patrons and supporters."

The free movie weekend at the Cliftex Theatre will include the original 1931 Frankenstein on Classic Horror Thursday Oct 28 at 7 p.m.; Freaky Family Friday Oct. 29 shows the 1985 The Goonies at 4 p.m. and the 1988 Beetlejuice at 7 p.m., Spooky Cartoon Saturday Oct. 30 is reserved for the animated movie 1995 Casper at 4 p.m. and the 2006 Monster House at 7 p.m. The weekend’s grand finale features Stephen Spielberg’s 1982 ET – The Extra Terrestrial on Out of This World Sunday, Oct. 31. The showing will be at 7 p.m. straight after the 26th Annual Halloween Trick or Treat with Clifton Main Street. So come and enjoy this classic in your Halloween Costume. There will be a prize for the best original costume as well as winners in various age groups.

The 1931 classic and genuinely creepy horror film Frankenstein by director James Whale, explores the fine line between genius and madness, when Dr. Henry Frankenstein tries to recreate life by sewing together body parts from deceased people. On a wild, stormy night, thanks to extensive equipment to harness the lightning’s electricity, he succeeds in shocking his creation to life. But the “monster” escapes the laboratory’s confines and wreaks havoc on the villages in the countryside – a chilling warning that tampering with life and death bears horrific consequences.

Come relish the iconic “It’s Alive” moment and be thrilled by the suspense masterfully created, legendary movie based on Mary Shelly’s novel. Universal Studio heralded in the dawn of the horror movie genre with their innovative and highly successful classic monster series, which includes Dracula, The Mummy, The Invisible Man, and The Creature From the Black Lagoon. Frankenstein was the second movie in the series, following Dracula. In 1991, the movie was added to the National Film Registry by the United States Library of Congress.

Not so much a horror film, Richard Donner’s The Goonies is a peril-packed hunt for pirate treasure with criminals chasing a group of young friends, who set out to save their neighborhood from becoming a golf course – think Raiders of the Lost Ark for juniors meets Stand by Me. Amblin Entertainment produced the fast moving film based on a story by Steven Spielberg. It is filled with goofy characters, slapstick gags and a cast full of young stars, complete with a very eighties Cyndi Lauper theme song.

Renowned Chicago Sun-Times film critic Roger Ebert gave the film three stars out of four and called the film "a smooth mixture of the usual ingredients from Steven Spielberg action movies, made special because of the high-energy performances of the kids who have the adventures.” The film was selected into the National Film Registry in 2017 for being "culturally, historically, or aesthetically significant"

Tim Burton’s imaginative 1988 movie Beetlejuice offers another star-spangled cast of zany characters in a comical story of ghosts unable to scare away the humans inhabiting their former home. Testament to the quirkiness of the movie, according to Burton, it took a lot of time to convince cast members to sign, as they thought the script was too weird. Geena Davis was the only cast member who would commit to the project at first. Keaton, Winona Ryder, Carerine O'Hara and Sylvia Sidney all said no at least once.

Soliciting the help of the obnoxious, maniacal, malicious Betelgeuse – played marvelously by Michael Keaton – gets them into dangerous territory. So be mindful – Say it once... Say it twice... But we dare you to say his name THREE TIMES.

Saturday is Spooky Cartoon Saturday and boy is it fun! The 4 p.m. showing is the 1995 Casper based on the Harvey Comics cartoon character, Casper the Friendly Ghost. A disgruntled heiress hires and afterlife therapist to rid her newly inherited haunted mansion of its ghostly inhabitants. His daughter meets Casper, a friendly young ghost, and his three uncles shortly after they move into the crumbling dwelling. The ghostly trio are cameos by Clint Eastwood, Rodney Dangerfield and Mel Gibson. “Ghostbuster” Dan Akroyd also has a cameo as Dr. Raymond Stantz who runs out of the house frantically, saying, "Who you gonna call? Someone else!"

The Steven Spielberg produced film makes extensive use of computer-generated imagery to create the ghost, and it is the first feature film to have a fully CGI character in the lead role. During filming, Bill Pullman and Christina Ricci – playing Dr. James Harvey and daughter Kat – had to talk to tennis balls in place of the ghosts, while the ghosts were added later on.

Critics praised Brad Silberling’s film for its faithfulness to its source material, visual effects, music score, and performances, but criticized its story, humor and sappiness. It still is a very fun movie for kids and their parents to enjoy together.

Gil Kenan’s Monster House (2006) combines all the spine-chilling effects you might want in a suspense, haunted house movie, but with quite some smart humor thrown in. In the film, three young teens discover that a house in their neighborhood is a living, breathing, human-devouring monster. But nobody believes them. To unravel its secret, they have to enter the house on Halloween, and it’s a roller coaster thrill ride.

It is the first animated film to be made using Sony's animation rendering software. The film used 3D motion capture techniques to digitally record the physical performances of the actors before "skinning" them with their animated forms. Critics call it a “visual treat,” and a “frighteningly good movie.”

What does Steven Spielberg’s 1982 E.T - the Extra-Terrestrial have to do with Halloween, you might ask? If you have seen the Science Fiction movie, you will remember the scene with ET dressed up as a ghost to go Trick-or-Treating with him on Halloween. And that is about the extent of the Halloween-theme, unless you count little Drew Barrymore’s blood-curdling scream when she first meets ET. The movie filled with laughter, tears, involvement, thrills, wonderment is the endearing story of a shy boy helping a friend get back home, even if he is an extra terrestrial.

The filmmakers had requested that M&Ms be used to lure E.T., but The Mars company denied their request, fearing that E.T. was so ugly, he would frighten children. Reese's Pieces were used instead, and as a direct result, Reese's Pieces sales skyrocketed.

All in all, the movie won four Oscars and many more nominations and awards. It was the highest grossing film of 1982 and it became the most successful movie in film history until Spielberg beat his own record with Jurassic Park (1993), released on the same date 11 years later, June 11. It has stood the test of time and is still as enjoyable as when it was released.  In 1994, the film was added to the National Film Registry of the Library of Congress, being designated as "culturally, historically, or aesthetically significant."

Whether you want deliciously dark, splendidly suspenseful or humorous horror, there is something for everybody in this eclectic Halloween line up. Although admission will be FREE to the public courtesy of the BOSQUE FILM SOCIETY, seating will be limited on a first-come, first serve basis. See you at the movies – the scary, spooky, spine-chilling kind! 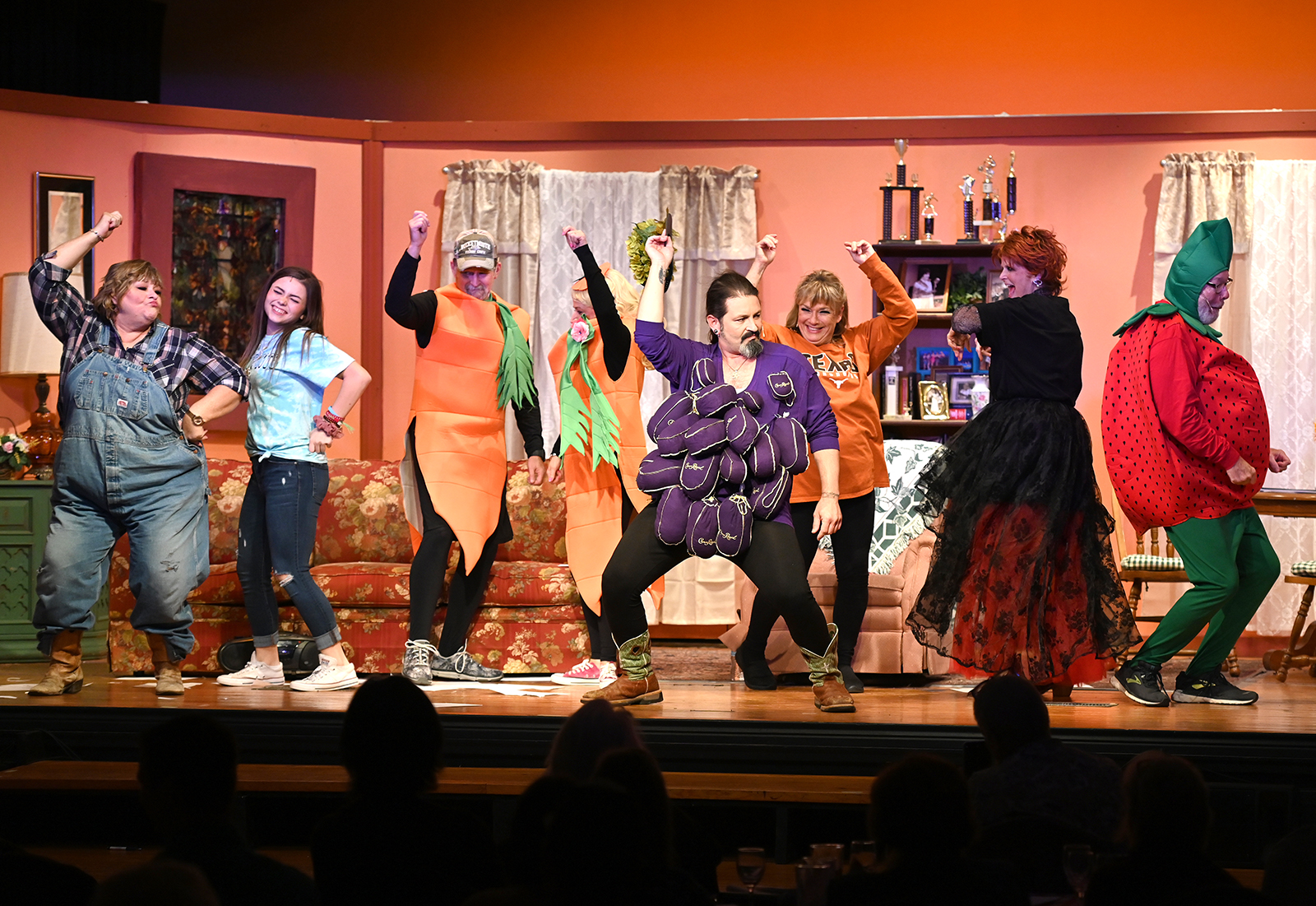 Doubling Over In Doublewide 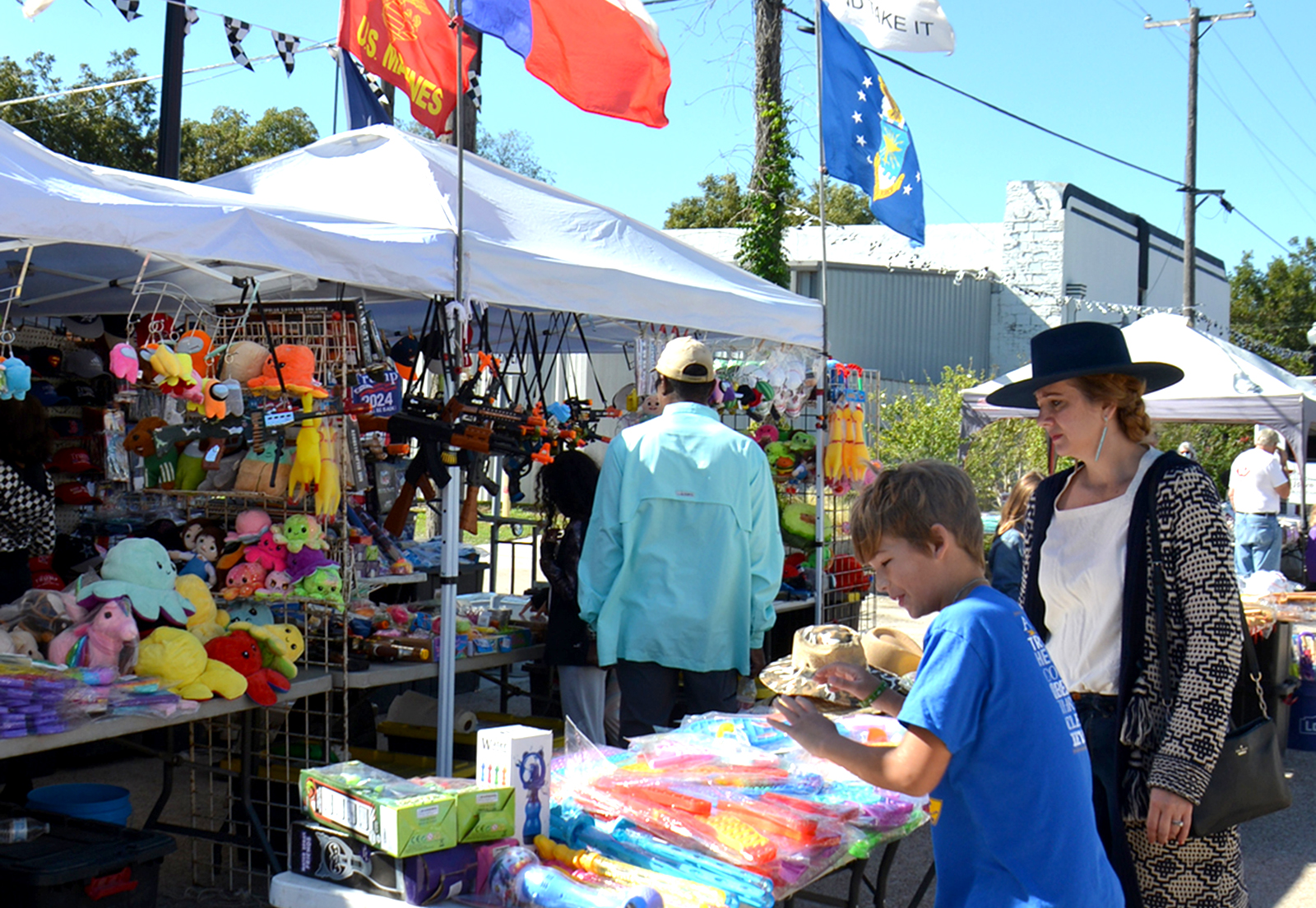