Freedom is not free. Between the War for Independence, Operation Iraqi Freedom and the Global War on Terrorism, American men and women have paid a high price for the nation's freedom, selflessly sacrificing life or limb for an honorable cause.

Veterans Day on November 11 remains the day in memory of many, and in honor of all whom served in active military service, and in Bosque County several schools and civic organizations honored their veterans. On the beautiful fall day, Bosque County veterans were part of a tradition started over 10 years ago at the Clifton High School, where the year’s seniors treat them to a catered lunch.

“With this event, which is their senior project, we hope to teach the students to respect veterans and the service to their country,” co-organizer Ted Jones said. “Each senior participates in one way or other.”

Seniors took orders for pulled pork or sausage sandwiches, tea or water and dessert preferences as the guests enjoyed words of honor, a presentation of the military branch flags, the soldier’s creed, the explanation of the flag folding ceremony, cards of thanks by the Family, Career and Community Leaders of America students and music by the CHS band.

“We are gathered here today to honor the brave Americans, both dead and living, who have made the courageous choice to serve our nation and uphold the freedoms of the United States,” Cambria Blanton said in the welcome. “For a brief moment, the collective souls of the American people pause to remember the lifelong sacrifice made by all military members and their families.

"All of these men and woman, and many of you here today, know that sacrifice; a sacrifice where one must be willing to give every part of themself. This sacrifice is not made in vain. All veterans have paid the price for liberty. In an age that threatens the survival of this freedom, we join together to honor those who made our freedom possible.

“Your service to our community and all things we hold dear has not gone unnoticed ad will never be forgotten.”

Just after lunch over 100 people gathered in the Clifton Independent School District Performance Art Center for the annual Bosque River Valley Chapter of the National Society Daughters of the American Revolution Veterans Day Salute. There were veterans and/or family members present of each war arena.

In her welcome, BRVDAR’s Sue Fielden stressed that no one desires peace more than a soldier and their families. And she too stressed the need to teach the next generations about veterans and their invaluable service to the nation. A tribute to that goal, was 12-year-old Carsten Eddlemon who was present with his grandfather who is a Vietnam Vet. Eddlemon supplied the art accompanying Sherrod L. Fielden’s poem “Because of You,” honoring veterans.

This year’s 2021 DAR Distinguished Citizen Medal was presented posthumously to Bill Beck, a Korean Conflict veteran. The medal is presented to an individual, 18 years of age and older, or to groups that exemplify honor, service, courage, leadership, and patriotism.

The Korean Conflict between 1950 and 1953, before the armistice -- a cease-fire agreement rather than any final settlement to the war--was signed in July 1953, claimed between two and three million lives overall. Total casualties for the UN (killed, wounded, missing) were 459,360, 300,000 of whom were South Korean. Around 37,000 of the UN casualties were American soldiers.

Beck had just enrolled in law school in 1950 when his number was called. He was number three in the newly instated draft to serve in Korea. He trained with the 101st Airborne, but was part of the 1st Cavalry division in Korea. The 1st Cavalry Division stormed ashore at Pohang Dong, South Korea, in the war’s first amphibious landing. By July 1950, the division began offensive operations to the north and crossed the 38th parallel, closing on North Korea's capital 10 days later.

Beck’s duties as an intelligence specialist with the G-2 section (Military Intelligence Section) in both Korea and Japan were of a classified nature.  Upon release from active duty, he served four more years in the U.S. Army Reserve until final discharge in 1956.  Bill’s great-grandfather was with the Indiana First Calvary Division in the Civil War.  Currently, a relative of Bill’s is a Major with the First Calvary in Fort Hood, TX.

Some veterans can share some of their experiences, but many say “certain things we don’t talk about,” – too painful, too traumatic, too emotional.

“What can I say,” Beck said after sharing some information on his time in the combat zone during a Bosque County Republican Club Memorial Day tribute in 2018. “A lot didn’t survive.”

This statement was an example of Beck’s quiet and humble nature.

Besides his military service, Beck was part of many civic organizations, serving his community. . In all his adult years, Beck took his church beliefs very seriously and served at every church in a volunteer or committee chosen level. He was an Elder of First Presbyterian Church in Clifton; he served two terms with the Bosque County Appraisal Review Board; was an interim Municipal Court Judge;  a member of the Texas Municipal Court Association, and advisory board member of the Bosque Art Center, a life member of the Veterans of Foreign Wars -- Clifton Post #8553, serving as Chaplain and a member of the American Legion, Clifton Post #322.

Beck was also a Freemason for 66 years and served as Chaplain of Clifton Lodge #360. Additionally, Beck was a Scottish Rite member for 64 years, as well as a Shriner for 49 years

Part of the BRV DAR Veteran’s Salute, was another program that strives to “remember, honor and teach.” Punky Penberthy explained the Wreaths Across America program, encouraging people to join them in their mission to lay wreaths on veteran graves at the local cemeteries. The National Wreaths Across America is Dec. 18 at 11 a.m.

The overall message of Veteran’s Day, and Memorial Day, is to make sure you honor those who answered to the call of duty, and served their country as well as they could, some making the ultimate sacrifice. When you see an active service man or woman, or a veteran, who often proudly wear their service branch on their caps, be sure to thank them for their service. It means the world to them, to be recognized in that simple, but sincere way. 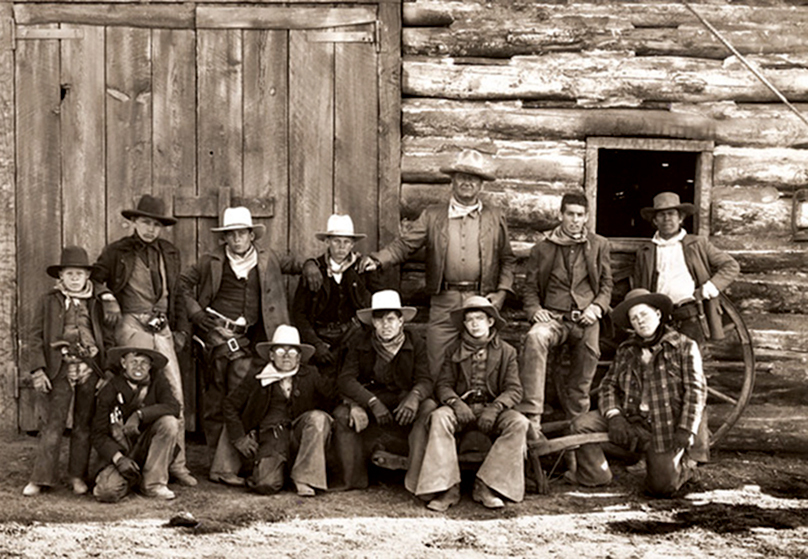 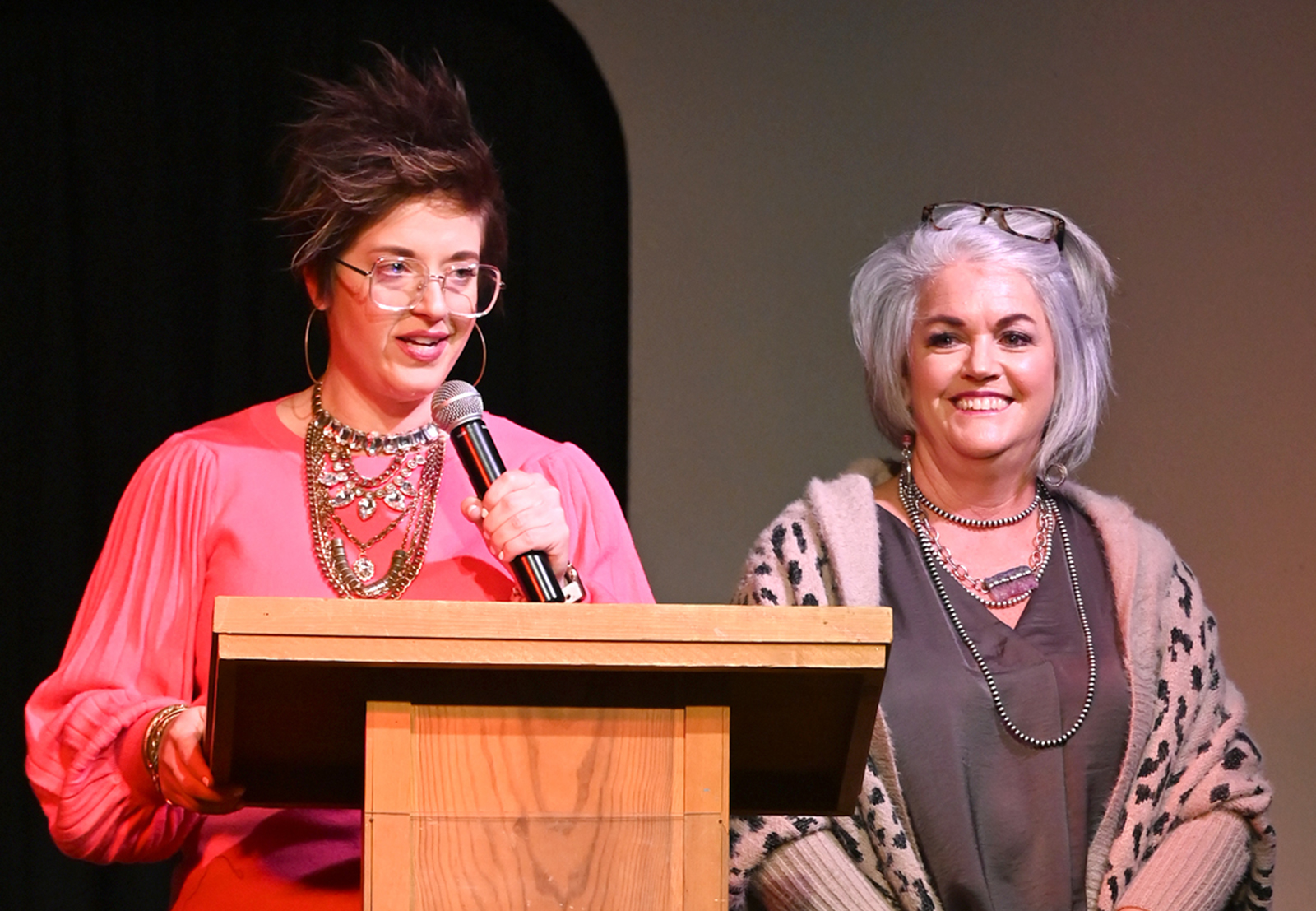