Selena y Ritchie por siempre: Forever in our hearts and souls, “Selena” & “La Bamba” presented free to the public by the Bosque Film Society at the historic Cliftex Theatre in celebration of Cinco de Mayo

CLIFTON – Celebrated in parts of Mexico and the United States, the anniversary of the Battle of Puebla marks the historical significance of a symbolically important Mexican military victory in 1862 over the French forces of Napoleon III. Much better known as Cinco de Mayo, it has become a holiday of food, drink, parades and dancing celebrating Hispanic heritage and culture.

With nearly 19 percent of the population in Bosque County Hispanic, the Bosque Film Society and the historic Cliftex Theatre will celebrate Cinco de Mayo on Thursday, May 5 by offering screenings of two classic biographical films free to the public – LA BAMBA & SELENA – celebrating two Latino music legends to honor the heritage and culture of the many Hispanic residents.

The 1987 film La Bamba features the tragic story of 1950s crossover artist Richie Valens, while the 1997 award-winning film Selena tells the story of the rise and untimely death of Latina superstar Selena Quintanilla. Both artists and films will be introduced prior to show time with La Bamba beginning at 6 p.m., followed by Selena at 8 p.m. Although admission will be free, there will be limited seating on a first-come, first-serve basis, and the usual Cliftex Theatre concessions will be available for purchase.

Selena Quintanilla, known professionally as Selena, was called the "Queen of Tejano music." Her contributions to the recording industry and fashion 27 years after her tragic death are still strong and she remains one of the most celebrated of Mexican-American icons. A 2020 Billboard chart listed her third among "Greatest Latin Artists of All Time." Selena is credited for catapulting the Tejano genre into the mainstream market.

Selena was a native Texan born in Lake Jackson who enjoyed a popular regional fan base prior to winning the Tejano Music Award for Female Vocalist of The Year in 1987. She signed with Capitol Latin Records in 1989 and released her self-titled debut album the same year. In 1992, Selena released “Entre a Mi Mundo,” which peaked at number-one on the U.S. Billboard Regional Mexican Albums chart for eight consecutive months. The album's commercial success led music critics to call it Selena’s "breakthrough" to stardom. One of its singles, "Como la Flor," became one of her most popular signature songs.

Released in 1993, “Live!” won Best Mexican/American Album at the 1994 Grammy Awards, becoming the first recording by a female Tejano artist to do so. In 1994, Selena released “Amor Prohibido,” which became one of the best-selling Latin albums in the United States. It was critically acclaimed and credited for largely helping establish Tejano music as a marketable subgenre of Latin music.

A mere 23 years old, Selena was tragically shot and killed on March 31, 1995, by the former manager of her fan club and boutique. Selena’s posthumous crossover album in 1995, “Dreaming of You,” debuted atop the Billboard 200, making Selena the first Latin artist to accomplish this feat.

In 1997, the movie Selena was released, examining the biographical drama about the singer’s life and career starring a then-unknown Jennifer Lopez. The film was a box-office smash catapulting Lopez to international stardom, where she remains 25 years later.

Selena won several awards for Lopez and co-stars Edward James Olmos as Selena's father and Constance Marie as her mother. In 2021, the film was selected for preservation in the United States National Film Registry by the Library of Congress as being "culturally, historically, or aesthetically significant.”

Born in Los Angeles in 1941, Richard Steven Valenzuela, known professionally as Ritchie Valens, was a rock and roll pioneer and forefather of the Chicano and Latino rock movement. Valens was raised listening to traditional Mexican mariachi music and flamenco guitar and blues. As early as age five, he dreamed of making his own music and was encouraged by his father to take up guitar and trumpet, and later taught himself drums.

In 1957, Valens began performing as a guitarist and singer with a local Los Angeles band, The Silhouettes. Valens had several hits, most notably "La Bamba," which he had adapted from a Mexican folk song into a number one hit in 1958 making Valens a pioneer of the Spanish-speaking rock and roll movement. He also had an American number-two hit with "Donna.”

Valens dropped out of high school in late 1958 to accommodate his personal appearance and touring schedule across the country. Only eight months into his music career, on February 3, 1959, the 17-year-old Valens died in a plane crash in Iowa, an accident that also claimed the lives of fellow musicians Buddy Holly and J. P. "The Big Bopper" Richardson, as well as the pilot Roger Peterson. The event later became known as "The Day the Music Died," as singer-songwriter Don McLean referred to it in his 1971 song "American Pie." In 2001, Valens was inducted into the Rock and Roll Hall of Fame.

Almost 30 years after Valens death, La Bamba was made into a 1987 biographical film depicting his brief life, yet groundbreaking, career. The film starred a 24-year-old year Lou Diamond Phillips, an unknown Fort Worth stage actor, as Valens.  The movie co-starred Esai Morales as his brother and Rosanna DeSoto, Elizabeth Peña, and Danielle von Zerneck in supporting roles as his family and girlfriend Donna Ludwig, for whom Valens penned one of his biggest hits.

The movie was widely acclaimed and was nominated for a Golden Globe as best dramatic film, as well as a Grammy Award for Valens’ music.  In 2017, thirty years after its release, La Bamba was added to the National Film Registry of the Library of Congress for being "culturally, historically, or aesthetically significant" and worthy of preservation.

With these films, the Bosque Film Society celebrates these two popular, young Chicano and Tejano bright musical stars whose lights were dimmed way too soon. But their music lives on forever in our hearts and souls – su musica viva para siempre en nuestros corazones y almas. 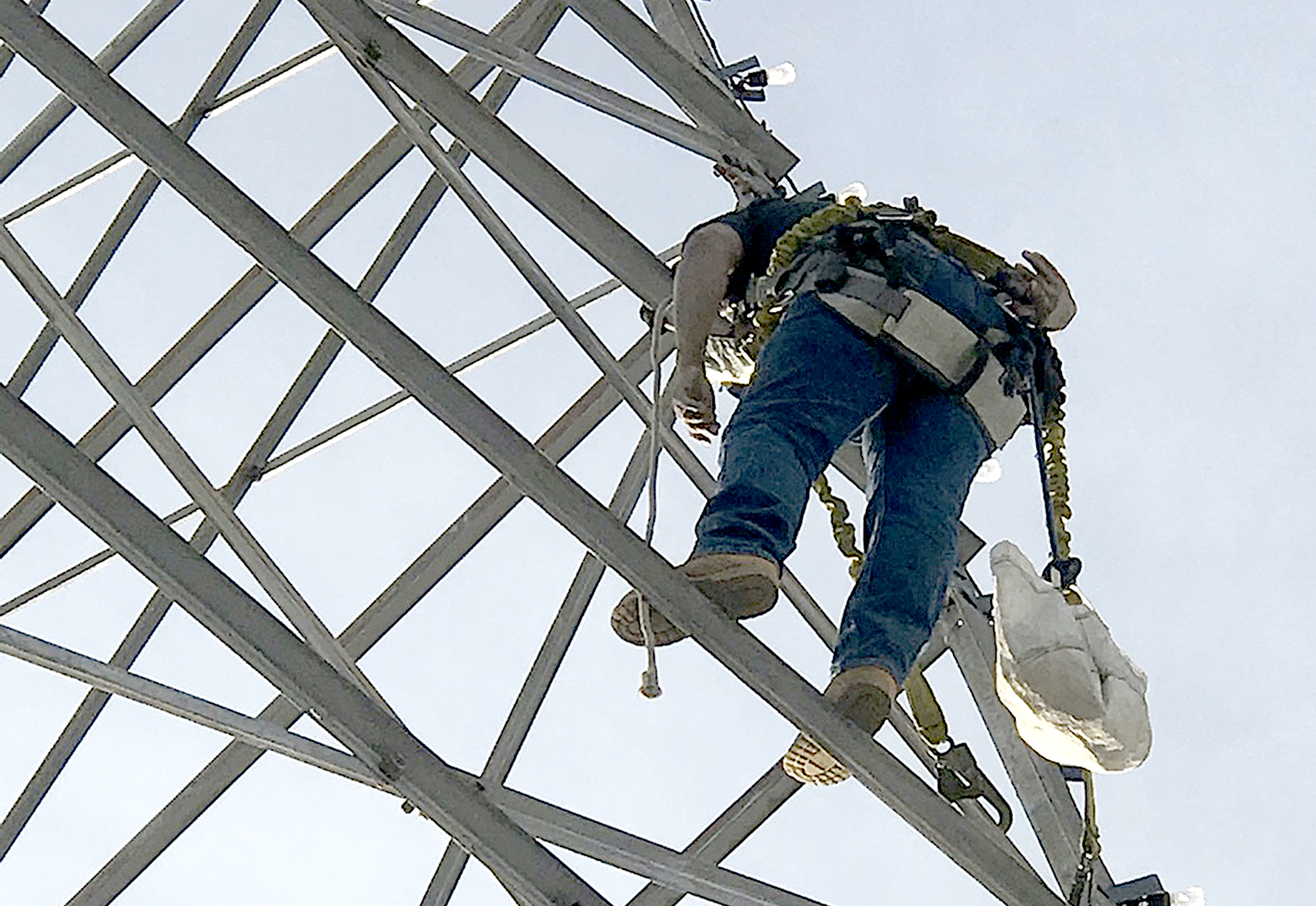 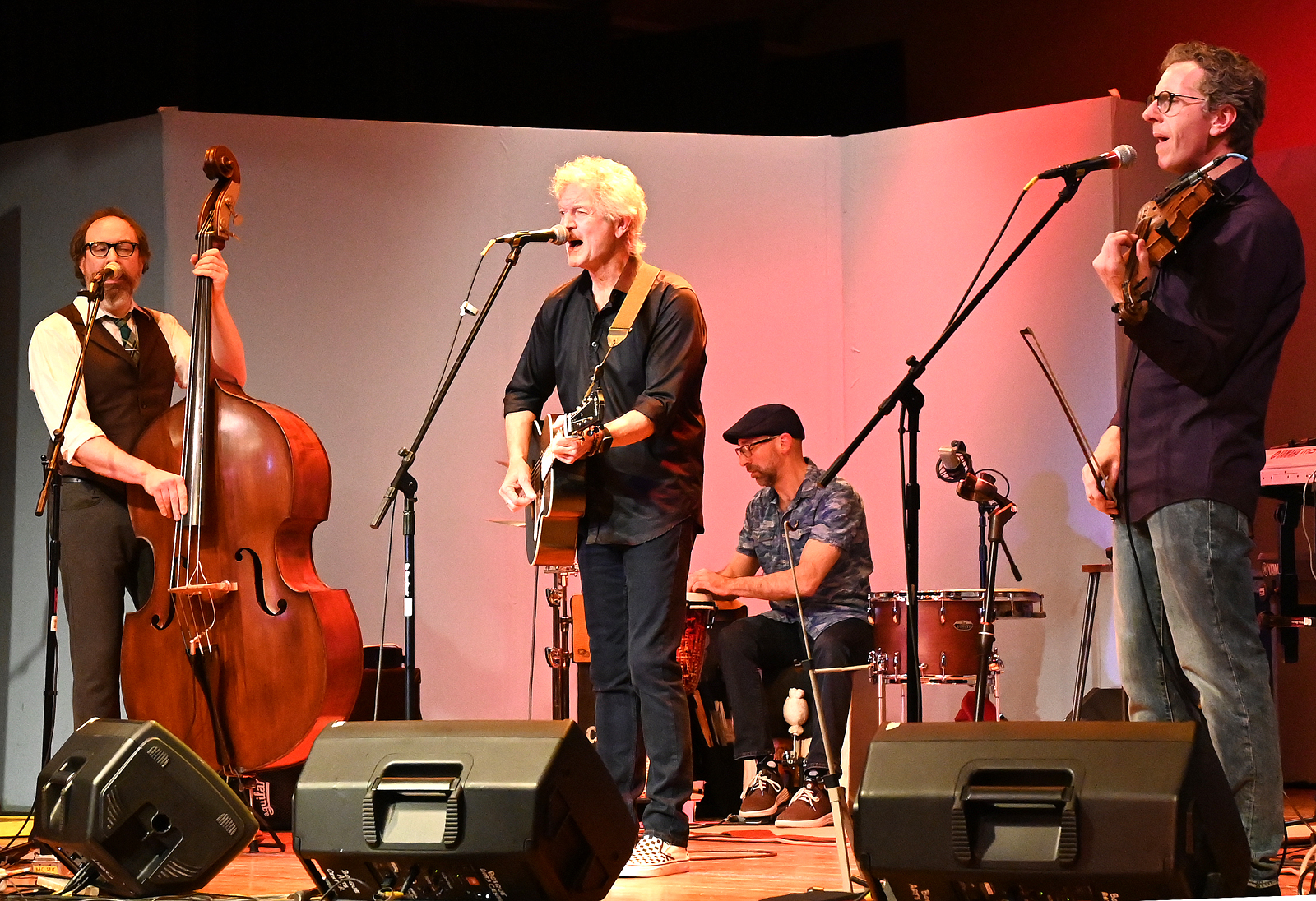 It Ain’t Over Yet