As a showcase for its annual membership drive, Bosque Film Society will present traditional holiday classic “White Christmas” for members-only Christmas party at the Cliftex Dec. 13

CLIFTON – As a part of its new membership drive for 2023, the Bosque Film Society will host its members-only Annual Christmas Party featuring a screening of the traditional holiday classic “White Christmas” beginning at 5:30 p.m. on Tuesday, December 13 at the historic Cliftex Theatre in Clifton.

In addition to refreshments and Christmas treats provided for its members, the Bosque Film Society will be using a real-time voting system allowing members to choose 12 Film Appreciation Night presentations for 2023, followed by the feature film "White Christmas" at approximately 7 p.m. with BFS founding board member and historian Bryan Davis offering an introduction to the classic holiday film.

Established in 2020, Bosque Film Society is a non-profit organization focused on promoting film appreciation, education and production in Bosque County, Texas, while serving as the "Friends of The Cliftex Theatre," the longest continuously-operating movie theater in Texas, showing films on the silver screen since 1916.

"For us, it's all about the love for the experience of going to the movies," Bosque Film Society founding board president Brett Voss said. "Even for directors like Steven Spielberg and so many of our most famous actors and actresses, that's where it all began – the magical moment of seeing a movie in the theater for the first time. And all of us in Bosque County are so fortunate to have a historical example of where it all began right here in Clifton."

Staying true to its commitment toward film education and production in Bosque County, the Bosque Film Society produced its first short film in 2022, "Gal Manns Skrik: Mad Mann's Scream," a uniquely original concept and narrative mashup based on Norwegian painter Edvard Munch’s art masterpiece "The Scream" while re-imagining scenes from The Shining, Night of the Living Dead, Psycho, Rosemary's Baby, Silence of the Lambs and Scream. The experimental thriller was acted, directed, written and produced by Bosque Film Society members and has garnered numerous state, national and international awards.

For those wanting to become members in 2023, annual fees are $30 per individual, $50 per couple and $70 per family. For more information about joining the Bosque Film Society, visit the website at: http://www.BosqueFilm.com.

Audiences who came of age during the 1960s and 1970s knew that Christmas was around the corner when two beloved holiday films made their annual showings on television. There was the beloved 1946 Jimmy Stewart classic, “It’s a Wonderful Life,” and 1954’s “White Christmas.”

But unlike “Miracle on 34th Street,” “It’s A Wonderful Life,” and dozens of other Christmas-themed movies that came before and after, “White Christmas” is a musical.  And not just any musical, but a musical featuring almost 20 songs written by Irving Berlin and featuring the best-selling record of all time in the title tune “White Christmas” as performed by star Bing Crosby.

“White Christmas” was released in October 1954 and stars Crosby, Danny Kaye, Rosemary Clooney and Vera-Ellen. It was directed by one of the best directors from the Golden Age of Hollywood, Michael Curtiz.  Curtiz was a Hungarian-born film pioneer whose career spanned 181 films from 1912 to 1961.  Audiences will certainly be familiar with a few of his classic films; “Yankee Doodle Dandy” won James Cagney an Academy Award in 1942. Then there’s “The Adventures of Robin Hood,” and “Mildred Pierce,” which won Joan Crawford her Oscar in 1945. His crowning achievement and the movie many film historians consider the greatest film of all, “Casablanca,” was released in 1941 and starred Humphrey Bogart and Ingrid Bergman. It won the Best Picture Oscar and Best Director for Curtiz.

“White Christmas” was made by Paramount with cinematography by the great Loyal Griggs, and costumes by incomparable Edith Head (with close to 450 film credits in her career and eight Oscars, more than any woman). The dances and musical numbers were staged by Robert Alton, the choreography by Bob Fosse, although his work went uncredited here. Fosse would become an Oscar winning director himself in the 1970s for “Cabaret” and “All That Jazz.”

Interestingly, the popular song that is the title of the film was not written for this movie, but first appeared 12 years earlier in the 1942 film, “Holiday Inn,” starring Bing Crosby and Fred Astaire. It was written by Irving Berlin, who often called it his best song, and it won the Academy Award for best song of 1942. It was Berlin’s idea to make a film based upon the song.  “White Christmas” was first recorded by Crosby, and the tune resonated with audiences thirsty for nostalgia and sweet memories of home during the darkest days of WWII.

The plot for the film followed fairly closely the plot for the earlier “Holiday Inn.” A successful song-and-dance team (Crosby and Kaye) become romantically involved with a sister act (Clooney and Vera-Ellen) and team up to save the failing Vermont inn of their former commanding general (Dean Jagger).

Bing Crosby was not only the most popular singer in America for decades, but also one of its most acclaimed actors. He has been called the first “multimedia star,” meaning he was as big a recording artist as there was before WWII, and he carried that popularity to superstardom on the big screen, and eventually to television.  He was a star for more than 50 years up until the time of his death. He won a best actor Oscar in 1944 for his performance in “Going My Way.”

Crosby was the number one box office attraction for five consecutive years, 1944 to 1948. Before Frank Sinatra or Elvis, he was one of the most popular and influential musical artists of the 20th century.  He had a distinctive style and voice like nobody else. He starred in over 70 films and recorded more than 1,600 songs. He died in 1977, still recording, still starring in his annual Christmas television special with his family.

Kaye was a popular comic actor, dancer, and singer from the 1950s through the 70s.  He starred in 17 films, including “The Secret Life of Walter Mitty” and “Hans Christian Anderson.” He received two best actor Golden Globes awards in the Musical/Comedy category, as well as an honorary Oscar. He died in 1986 and was posthumously presented the Presidential Medal of Freedom Ronald Reagan.

Rosemary Clooney, who introduced her nephew George Clooney to Hollywood, was one of the most famous female singers of the 1940s and 50s, but she only made five films.  She was the wife of Oscar-winning actor, Jose Ferrer. Her many hit songs include “Come On-a My House,” in 1951.  When she filmed “White Christmas,” she 25, and Crosby, her love interest, was 51. She received the Grammy Lifetime Achievement Award just before her death in 2002.

Vera-Ellen was an acclaimed dancer whose film partners included Fred Astaire, Gene Kelly, Donald O’Conner, and Danny Kaye. But she wasn’t a singer and her voice was dubbed by Trudy Stevens in “White Christmas.” She plays Rosemary Clooney’s younger sister, but was actually seven years older.  She only made one more film after “White Christmas,” and she died in 1981 when she was 55.

The movie was a huge smash. It became the highest-grossing film of 1954 and remains one of the most successful filmed musicals of all time. Bing Crosby’s association with “White Christmas” would lead to his annual television Christmas specials featuring his family, the last of which aired two weeks after his death in 1977 and included his last hit single, “Little Drummer Boy,” a duet with David Bowie.

The showing of “White Christmas” will conclude the 2022 FILM APPRECIATION NIGHT SERIES as the Bosque Film Society offers its members free classic movies every month. Since this will be a private showing, BYOB will be allowed, and the theatre concession stand will be open for purchases.

Although the event will be closed to the public, those wishing to become Bosque Film Society members Tuesday night will be admitted. For more information about joining the Bosque Film Society’s non-profit efforts to support The Cliftex Theatre, the longest continuously-operating movie house in Texas, showing films since 1916, visit our website at: http://www.bosquefilm.com. 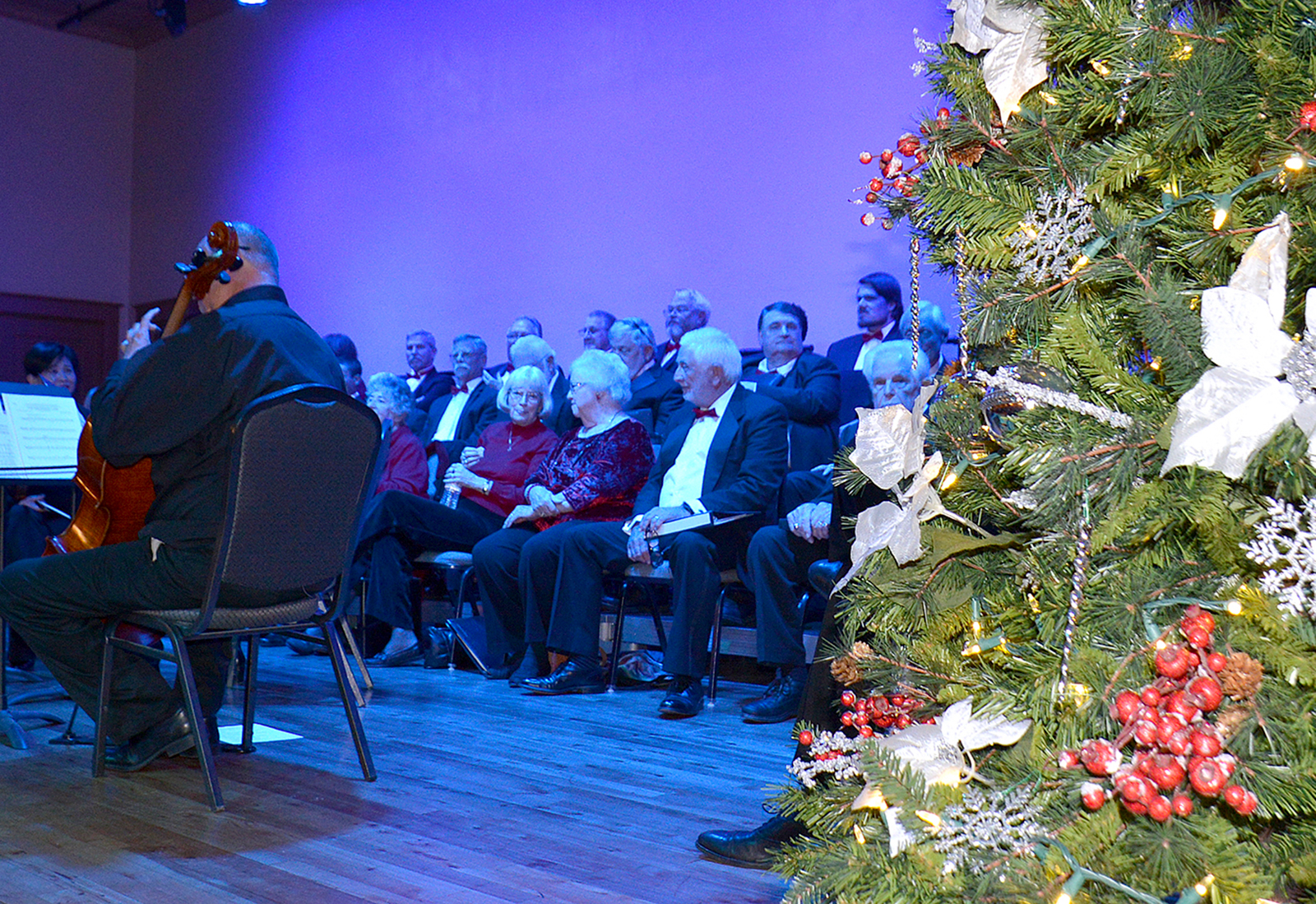 Many Moods Of Christmas 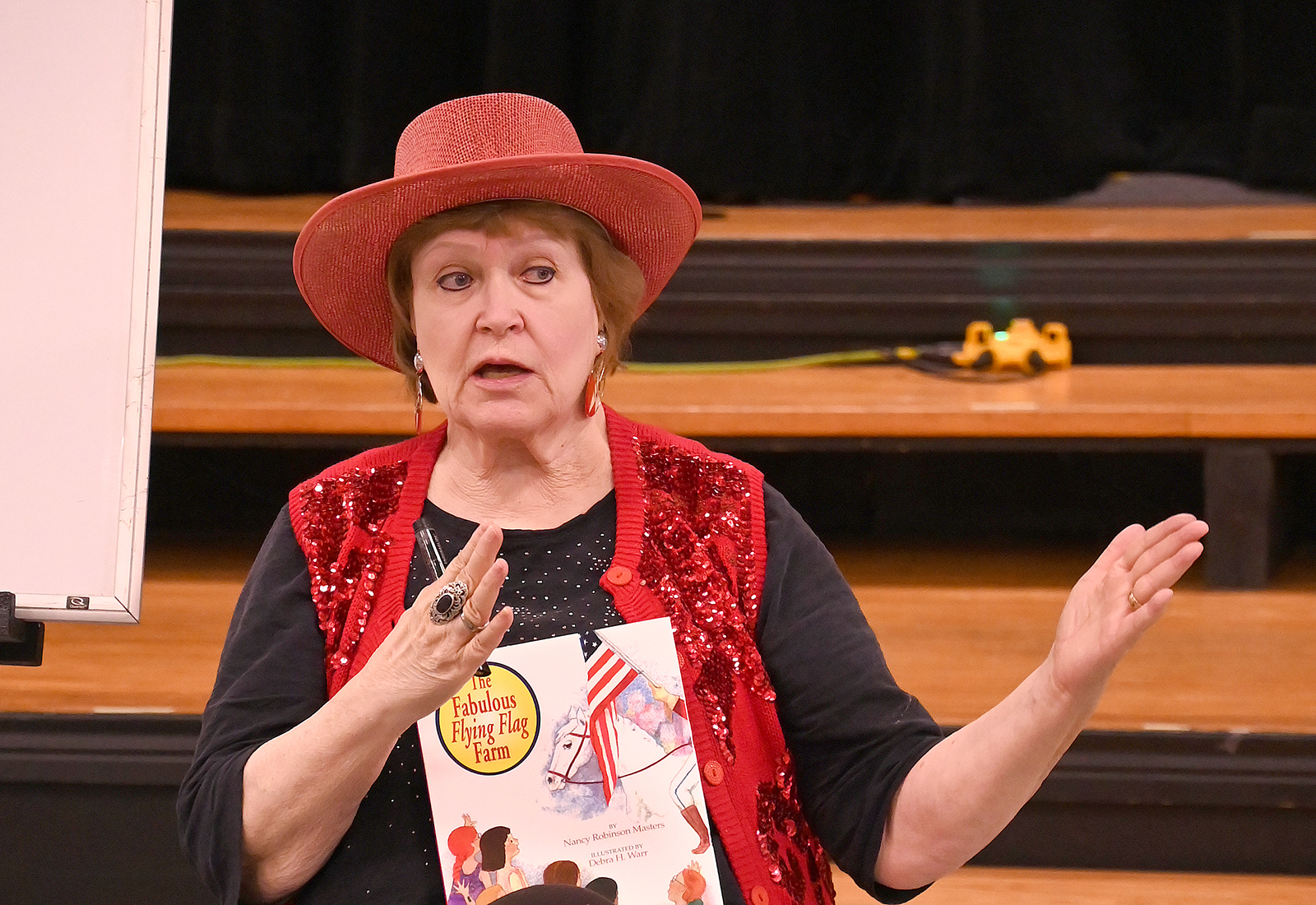 The Art Of Storytelling