CLIFTON -- There you are on stage in front of an audience-filled venue. All eyes fixed on you. All ears ready to be amazed. As the stage lighting changes from orange to a hot spotlight, the adrenaline rush takes over, the first strum loosens the fingers and the first note starts your song, and you forget your nerves.

This proved true for each of the five finalists stepping into the spotlight at the Bosque Arts Center’s Eighth Annual Texas Troubadour Country Music Songwriting Competition Saturday. And to make matters even more nerve-racking, they were being judged by country & western singer-songwriting legend Marty Haggard, oldest son of the late Merle Haggard.

Out of the 61 entries, Haggard selected five finalists Blake Dagley of Midlothian, Bill Sibley of Cleburne and Amy Taylor of Mount Juliet, Sadie Self of Ovalo and Zac Clifton of Wharton who all performed two songs during the first part of the evening.

Even before the semi-finalists Self and Clifton came back on stage to perform another song, Haggard addressed the audience.

“This sucks,” Haggard said. “I never did this [judging] in my life, and it is very, very hard. Of the 20 songs I heard, there were 18 good ones. I have never heard so much talent in my life. And I’m only going to choose because they’re making me. What I would want to do is have a five-way tie.”

After Haggard deliberated and ruminated, he named 18-year-old Self the Singer/Songwriter of the Year. She also won the People’s Choice award, and was runner-up for Song of the Year with her song “Deep in my Texas Heart.”

Self hails from the small town of Ovalo, just south of Abilene. She was raised on traditional country music and hopes through her music to keep it alive. She has been writing her own music for a little over four years now and performs all over Texas with her family band. Known for their acoustic sound and harmonies, the family band just released a debut album with all original music. It is available on Spotify. Many family members, including her grandfather, accompanied her to the contest evening.

Self is passionate about her songwriting, finding inspiration in day to day life and relationships. She gets a lot of ideas from quotes or things she shears people say, and is inspired by the wide variety of music she listens to.

Her first song of the evening painted a picture of an independent Texas cowgirl, under the desert moon, in leather and lace with dusty boots and a guitar over her shoulder, saying “try not to tame me,” and “don’t fence me in too soon.” Her second song came to being after a resort vacation to celebrate her mom’s end of cancer treatments, at which her sister learned the hard lesson of “floating on tequila” and its consequences.

Her encore song “Deep in my Texas Heart” can be heard on the family debut album. With lyrics like “I see your blue eyes in the West Texas sky, I feel you in the breeze that blows through the paths, and I hear your sweet voice when I hear that steel guitar cry,” It is an old-fashioned, lovely lilting, love song to a beau on the road, but also to her home state.

Entering a song competition gives Self an extra opportunity to share her songs with people. Self entered the Texas Troubadour Songwriters Classic in 2019, where she had such a good time and met so many great people that she decided to do it again this year.

“It means so much to me to have won,” Self said. “I was humbled by all the talent and other amazing artists that performed that night and it really was such an honor to be the Texas Troubadour.” To know that my songs were well received and that people enjoyed the music means the absolute world to me.”

According to Haggard, both semi-finalists, as young as they are – Clifton is 20 – embody the essence of classic country music – young talent with old souls. And he hopes they will keep traditional country music alive for many years to come. An excellent guitarist, Clifton from East Bernard who calls himself a Christian and Traditional Country singer, started singing at nine. His influences come from the country greats Merle Haggard, George Jones and Randy Travis.

His first song of the evening with the lyric “I stick to my Bible and my guns,” “there will be hell to pay if you take my Bible and guns away,” resonated with the crowd and showed his commitment to his faith and his state.

Clifton explained that in writing his second song “You’re all These Things and More”, it started out as a tribute to his mom, but ended up as a love song to the perfect partner with a tender, pure heart, a giving sweet spirit, the kindest of smiles, a selfless and generous lover and a daily inspiration.

“It is a blessing to hear young people sing real country,” Haggard said. “I’m amazed at how gifted people are. The spirit of these kids is special.”

After notifying the initial results to the finalists, the Bosque Arts Center had received the sad news that one of the chosen finalists Gregory Swint had passed away. His widow Lisa was able to let her husband know he had been accepted to perform in the live event before he left this life.

In his memory, the Texas Troubadour audience received an extra performance by Rick Richards, who performed one of Gregory Swint’s entries to the contest, “Anywhereville.” The songwas about a free-spirited, singer/songwriter dedicated to his art, on the road to the next town to perform.

But that was not all. After a short intermission, the audience was treated to a marvelous, true traditional country music concert by Haggard on acoustic guitar, Dwayne Barrilleaux on electric lead guitar and Joe Rogers on bass. It was as if the three musicians were seated in your living room, comfortably sharing their talent and stories.

A talented songwriter in his own right, Haggard has led a storied life, performing in his father’s band when he was younger and also pursuing a career in acting. More recently, Haggard released two country-gospel albums. He has also recorded two tribute albums to his father.

Many times during the concert, Haggard said “thank you, daddy,” for his contributions to classic country music and his “stupid good” song writing skills. Haggard dedicated one song from the 30s to the Texas Troubadour winner Self, acknowledging her “old soul.”

“I’m not an entertainer,” Haggard said more than once during the evening. “I’m a sharer.”

And he gladly shared his smiles and hugs with any and all fans that “want to hug my neck and shake my hand” in the BAC foyer after the concert. The musical evening at the BAC with exceptional talent once again proved that good music - no matter what genre -is like good loving – it never grows old. 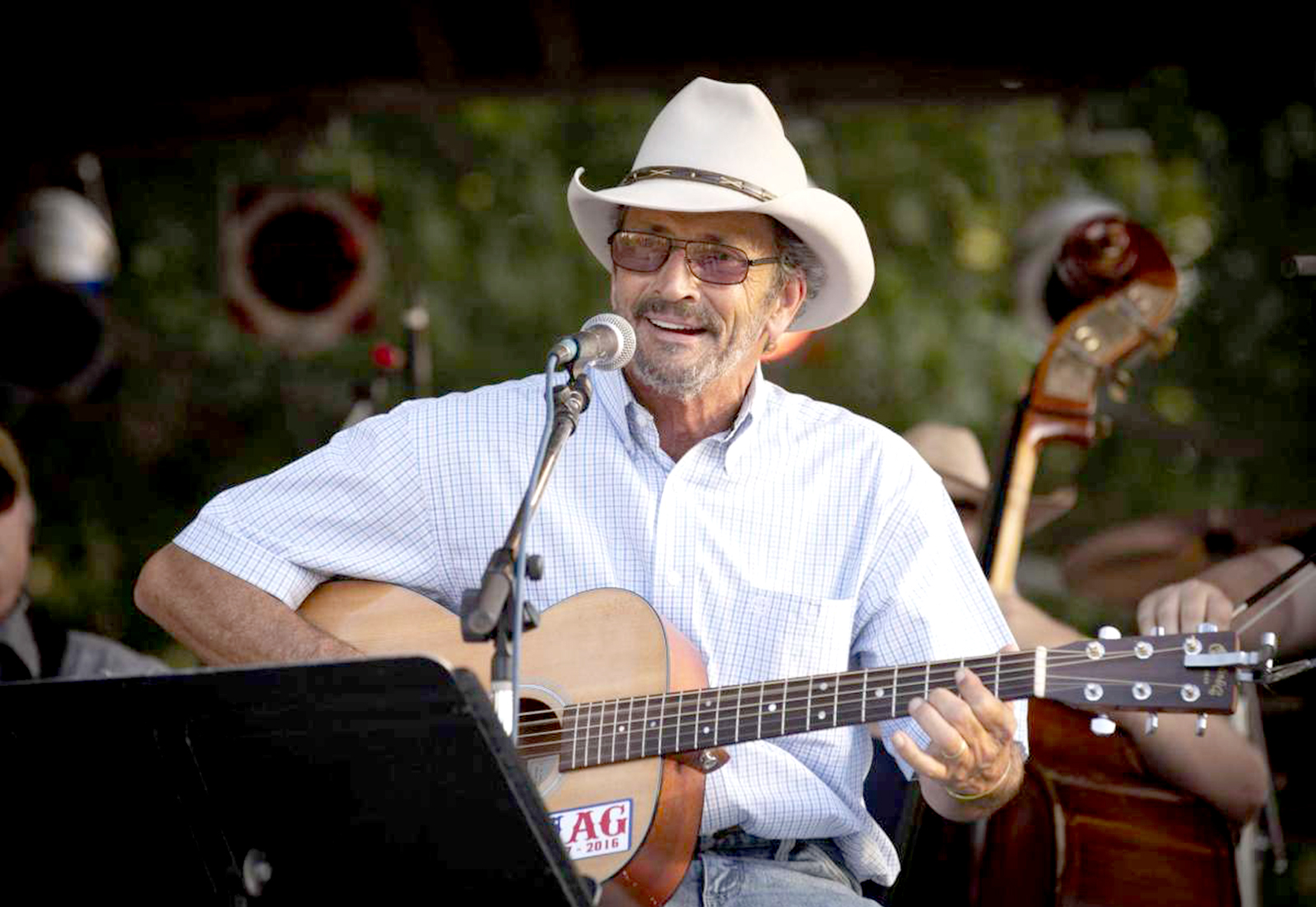