While the legendary story of heroic courage casts a large shadow, examining the human story behind one of the historic icons truly makes him larger than life

Sometimes, the things we think we know the best, we really don’t know at all…not really. But for every native born Texan, we have all heard one story since we were knee-high as we were taught that we must always Remember The Alamo.

But while we have become so familiar with the legendary heroes of the Alamo, how much do we really know about whom they were as men before that fateful date in Texas history?

Of course, we all have heard of how Alamo commanders James Bowie and William B. Travis, along with Tennessee frontiersman and Congressman David Crockett, led a group of roughly 200 volunteer soldiers in defending the during a 13-day siege from Feb. 23-March 6, 1836. Mexican General Antonio Lopez de Santa Anna marched an army of nearly 2,000 Mexican soldiers against the makeshift fort.

During the two-week siege, the two armies traded gunfire with few casualties. Despite being clearly outnumbered, Bowie and Travis insisted on remaining in place while Santa Anna weighed his options.

Just before dawn on March 6, Mexican troops breached the north wall and flooded into the compound, awakening many of the Texans inside. The close range fighting consisting largely of hand-to-hand combat lasted 90 minutes, resulting in the deaths of Bowie, Travis and Crockett. Although some Texans reportedly surrendered, Santa Anna ordered all prisoners executed, leaving mostly a handful of women and children as the only survivors.

But the Alamo did not fall in vain.

As the Mexican army marched east, Texas commander Sam Houston built and developed his army in Harris County. Using “Remember the Alamo!” as a rallying cry, the Texans faced the Mexican army in the Battle of San Jacinto on April 21, winning independence from Mexico and bringing the Texas Revolution to an end.

But who were these men behind the courageous stand that became the symbol of the Lone Star State? Where did they come from and how did they end up key figures in this pivotal moment in Texas history?

In reality, heroes never prove to be perfect. In truth, the very thing that makes the story extraordinary lies in the ability of a flawed man facing a crisis and dire situation by rising above his standing and circumstances. Such remains the case with one of my favorite heroes. He might be yours, too.

His grandfather came to the British Colonies of North America at the age of 12, where he was placed in indentured servitude for more than a decade. But in reality, his ancestors actually came to North America in the late 1600s, and his great grandfather was born in Perquimans, North Carolina but went back to the United Kingdom for his medical training. A descendant of the Travers of Tulketh Castle in Preston, England, his grandfather had a life that hardly resembled his ancestor’s glory and wealth.

After working his period of servitude, his grandfather traveled south to the colony of South Carolina, where he received a grant of over 100 acres of land in what is now Saluda County, South Carolina. A year later, he married and they had four daughters and three sons, including my hero’s father.

My hero was the first born in a family of 10, and the family migrated to the new territory of Alabama following the War of 1812, settling in the newly forming town of Sparta, where his father purchased the very first certificate from the Sparta Land company.

My young hero grew up in Sparta, and while his father tended to the farming, his uncle became prominent, organizing the Old Beulah Church, preaching in neighboring counties and nearby Evergreen, Alabama, and leaving a strong influence on his young nephew.

During that same time, his uncle founded the Sparta Academy and served as its superintendent, where my hero received his first formal education, studying subjects ranging from Greek and Latin to history and mathematics.

After completing his education at the age of 18, he gained a position as an assistant teacher in Monroe County, a position he held for less than a year.

Eager to get away from farm life, he moved to Claiborne to begin studying law, where famed lawyer James Dellet accepted him as his apprentice. At that time, Claiborne was a major city in Alabama that was right next to the Alabama River, where trade and social life seemed to be miles ahead of the still-growing community of Sparta.

While still studying law under Dellet, he started a newspaper, the Claiborne Herald, which, like many other newspapers of the day, published stories ranging from activities in Congress to stories of adventures across the world, local notices, advertisements and more. He essentially operated the newspaper himself, and while it provided a modest income during the first few months of operation, it was hardly enough to support himself, his new wife and young son.

With financial stress, he struggled to continue the paper, but passed his law examination and received permission to legally practice. In 1829, the Herald’s editions declined and ultimately stopped being printed.

With hardly any law business coming in, the debts continued to mount. During this time, my hero began hearing stories of Texas, which was then an outlying state in the First Mexican Republic.

In Texas, there was a massive amount of land speculation and immigration, with settlers coming in from the United States and Europe. There was also a strong demand for lawyers to deal with the influx of immigrants and land dealings, so he quickly made the decision to go to Texas. Promising his wife Rosanna that he would earn enough money to pay back all of his debts in Texas, he intended to eventually return or send for her and his children.

We all know the rest of the story of my hero, Col. William Barret Travis.

The 26-year-old officer knew the situation for those under siege at the Alamo had become hopeless. So Travis gathered the 189 defenders and addressed their options.

“We must die,” Travis told the troops. “Our business is not to make a fruitless effort to save our lives, but to choose the manner of our death.

“We have in hand three possibilities: surrender and summary execution, trying to fight our way out only to be butchered by Mexican lancers, or remain in this fort, resist every assault, and to sell our lives as dearly as possible.”

Then without hesitation, Travis drew his sword and slowly marked a line in the dirt. “I now want every man who is determined to stay here and die with me to come across this line.”

Some historians claim that moment in Texas history never happened. But here's why it doesn't matter to me one way or the other. Even before that legendary moment, Travis wrote a letter addressed "To the People of Texas and All Americans in the World" on Feb. 24. And we will forever hear the echoes of the words Travis wrote in his letter from the Alamo almost two centuries ago.

I am besieged, by a thousand or more of the Mexicans under Santa Anna. I have sustained a continual Bombardment and cannonade for 24 hours and have not lost a man. The enemy has demanded a surrender at discretion, otherwise, the garrison are to be put to the sword, if the fort is taken. I have answered the demand with a cannon shot, and our flag still waves proudly from the walls. I shall never surrender or retreat. Then, I call on you in the name of Liberty, of patriotism and everything dear to the American character, to come to our aid, with all dispatch. The enemy is receiving reinforcements daily and will no doubt increase to three or four thousand in four or five days. If this call is neglected, I am determined to sustain myself as long as possible and die like a soldier who never forgets what is due to his own honor and that of his country. VICTORY or DEATH. 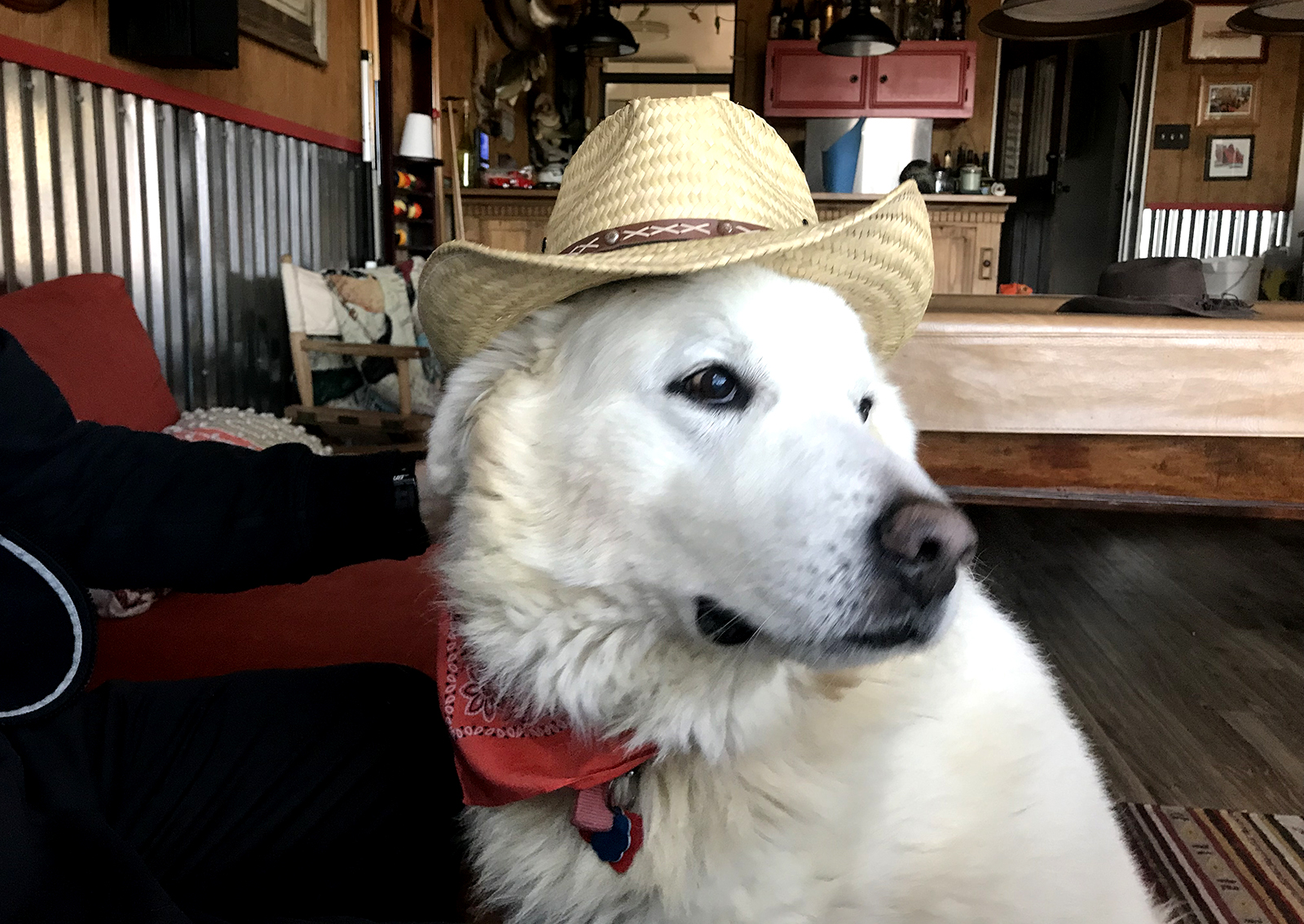 Going To The Doggos 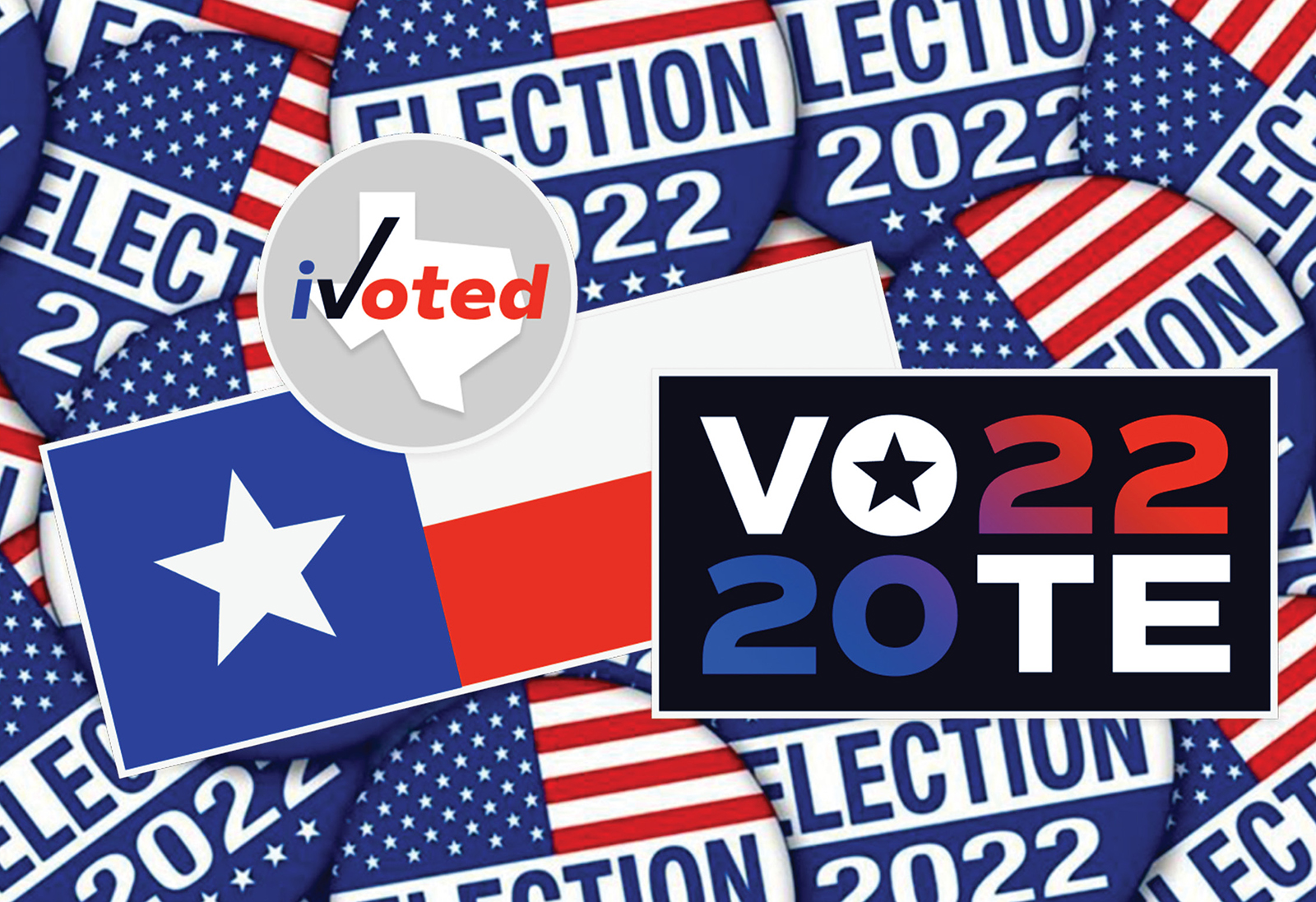